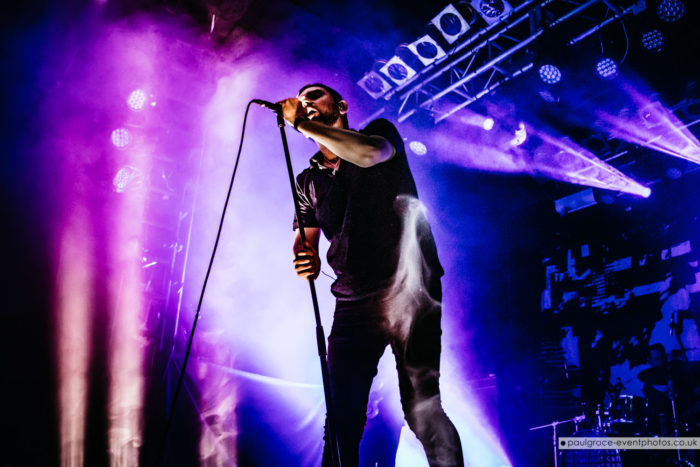 A convergence of generations and genres transformed London’s Electric Ballroom into a celebration of goth-infused gloom as The Twilight Sad brought their It Won’t Be Like This All The Time tour to the capital.

This Scottish quintet have seemingly turned twelve years of hard graft into an overnight success. Tonight’s 1500 capacity venue is sold out. And, scanning the audience, it’s easy to see why. From the more mature middle-aged fans sporting Cure tour t-shirts from the 1980s to young attendees barely out of their teens, The Twilight Sad have clearly struck a moody and multigenerational chord with their fans.

A key strength to this band’s live show is strength of character. And this is attributed primarily to figurehead James Graham’s onstage presence. The singer proudly dances around the stage like nobody is watching and it inspired me to do impressions of him the following morning. This is a good thing. Ultimately, how many modern singers have enough of a USP to prompt any kind of physical impression? Add into the equation a voice that makes schizophrenic leaps between a Glaswegian-accented Ian Curtis to a Scottish-born Morten Harket via a Lanarkshire-flavoured Guy Garvey and you have a frontman who also oozes plenty of sonic character as well. From gruff spoken word affirmations to liltingly high melodic parts, Graham delivers his many different stylistic guises with effortless ease and an impressive range. 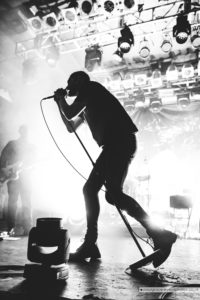 The band possess a tightness and sense of control that keeps the dynamics urgent and captivating throughout their 18-song set. Armed with a Fender Jaguar, Andy MacFarlane’s echo-laden guitar parts add both beautiful textures and subtle angst to the proceedings while Johnny Docherty’s bass recalls Simon Gallup from The Cure circa their Disintegration album. Brendan Smith’s synths bring a more modern flavour to the 1980s-tinged guitar and bass delivery and provide a jubilant icing to the group’s dark fodder. Skilfully laying down the foundation with remarkable precision and disciplined build-ups is drummer Sebastien Schultz. Collectively they effectively set the mood while leaving plenty of space for Graham’s vocals to shine. And, with the exception of a few pitchy and strained choruses on Shooting Dennis Hopper Shooting, Graham delivers flawless live interpretations of the band’s material with a set that is primarily focused on their latest album.

This plucky lot know how to run with an effective formula and, because of that, there’s a consistency in the material that’s rock solid. Unfortunately, it can also make tracks bleed into each other somewhat. But, on The Arbor, the feel changes from 1980s electro-tinged goth to a very different prospect that recalls The Smiths with Graham summoning his inner-Morrissey to MacFarlane’s Marr. 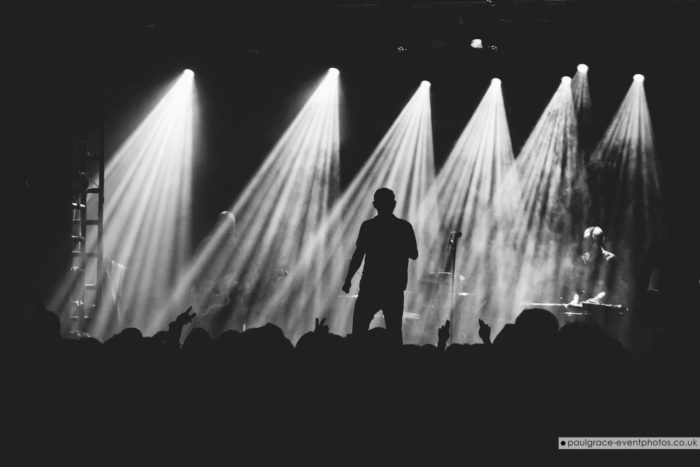 Highlights of the set include Last January, VTr, I’m Not Here, Keep It To Myself, Videograms and an emotive cover of Frightened Rabbits’ Keep Yourself Warm.

I am fully aware that I am engaging in pedantic fault finding here but, for a performance as tightly and deftly delivered as theirs was, the only constructive criticism I can deliver is that not every song has to end in a wash of guitar noise. And that’s coming from a Kevin Shields fan! In addition, their highly impressive sound engineer needs to turn the effects off the main vocal microphone as soon as they’ve finished a song as banter can get lost when reverb and echo are still in situ.

The Twilight Sad are touring their excellent new album around the world and I’ve a feeling that they’ll be playing arenas this time next year. Go and see them in an intimate venue while you still can. And, like me, you’ll be doing involuntary and charmingly jerky James Graham dance impressions in no time.

The Twilight Sad’s latest album, It Won’t Be Like This All The Time, is out now on Rock Action Records. Get it here.

All photos ©Paul Grace, for more of Paul’s writing and photos go to his archive. Paul is on Facebook, tweets as @pgracephoto and his music photography website is www.paulgrace-eventphotos.co.uk