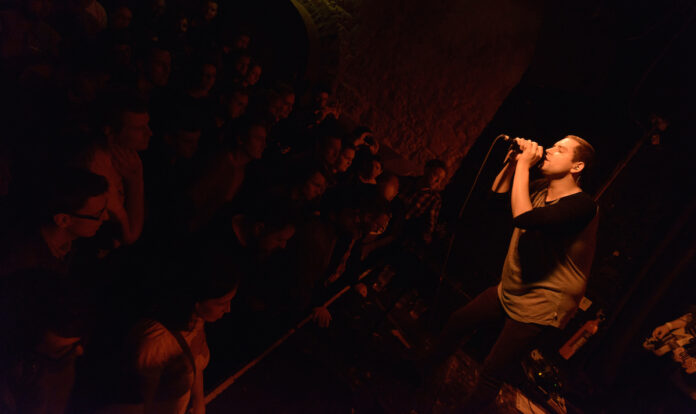 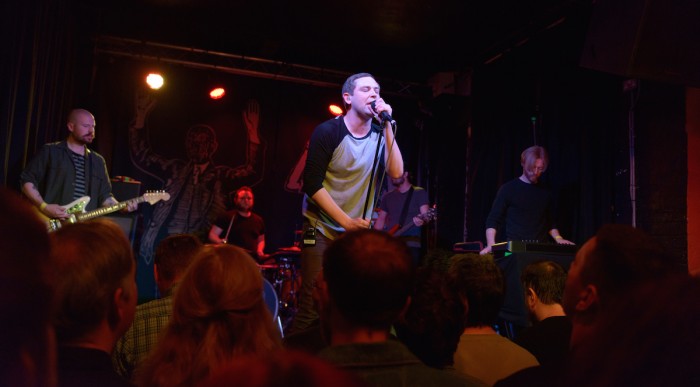 The Twilight Sad arrive in Newcastle after a lengthy absence and proceed to astound this sold out crowd with some of the most awe inspiring music around. As lead singer James pours his heart out, it becomes an emotional evening for everyone.

There are seldom few bands that I hold dear, yet The Twilight Sad are one such band. Having provided me with one of the sets of last year in the Parc de la Cituadella as part of last years Primavera Sound festival, to say I was over excited by what tonight had to bring was a monumental understatement. Yet first up this evening was Edinburgh’s Man of Moon, these guys are adding to the ever increasing count of duos.

Yet they have a distinctly different sound, there’s a deliberate nature about the tracks their songs have delicate build-ups before exploding into something entirely different. The sprawling soundscapes that they create are exciting and intriguing, all in all I’m certain that it’ll not be long before we’re waxing lyrical about these guys and they’re still yet to release a record.

However, as the stage is cleared they make way for the heroes that this sell out crowd are here to see, taking to the stage to a rapturous reception. They waste very little time in laying waste to this crowd as they open with There’s A Girl In The Corner it’s plain to see that frontman James is in formidable form. Bounding around the stage clutching the microphone to his chest it’s a sight I’ve become so fond of. 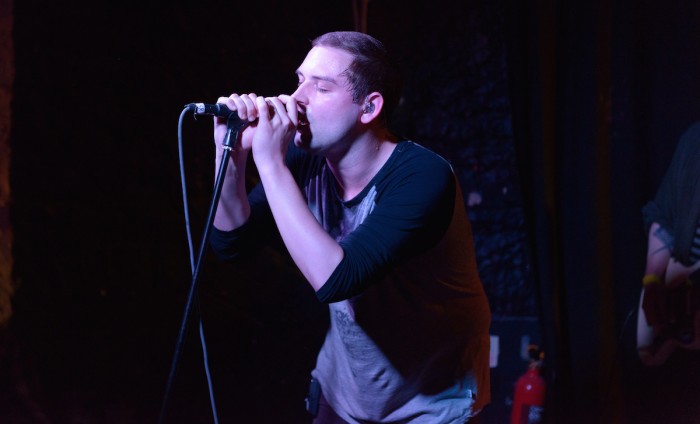 As the track finishes James delivers what is to be the first of many impassioned speeches that underpin the evening. It’s as visceral performance as ever; whilst the band holds it together James imparts these dark lyrics in the most passionate manner. The bands tour of their now classic album Fourteen Autumns and Fifteen Winters never stopped in Newcastle yet they seek to make it up this evening by dedicating That Summer, at Home I Had Become the Invisible Boy to the crowd.

To say this goes down well is a huge understatement as the crowd belt back every word; it’s the first of so many incredible moments this evening. So few bands invoke this much passion in their fans but tonight it’s plain to see how much love is in the room.

As the dark tones of In Nowheres ring out it’s almost difficult to make out the dark lyrics, as the noise level is unparalleled it’s an incredible spectacle. When you’ve seen a band so many times it’s easy to become nonchalant and complacent yet every time I see The Twilight Sad they take things to another level.

Yet tonight seems to not be just about the music as James decrees his gratitude to the venue, past promoters and their genuine excitement about the show. For a band who ply their trade at the darker end of rock music, it may not be what you’d expect but it creates an incredibly special atmosphere. This is closely followed by I Could Give You All That You Don’t Want, which seems somewhat ironic yet mildly funny.

The best is still yet to come as the band near the end of their set, Cold Days From The Birdhouse sparks an unrivalled reaction. The noise level at which point becomes almost unbearable yet everyone continues to yell back the words at the tops of their voices. It’s quite clear that the band are moved by the reaction tonight, it’s completely understandable though as this has been a truly incredible evening.