As the full line up for this year’s Sonar has been unveiled, it’s time for a little throwback. Found somewhere in the chaos of digital information that is Overclock’s hard drive, here’s the long awaited part two on the Twenty Years Of Sonar live review special, along with some of the author’s own thoughts. Expect a Sonar 2014 preview feature in the upcoming weeks.

There was a suffocating heat at the open air stage that afternoon, so the only way to keep cool was constant trips to the bar for a beer refill and trying to find a shady spot. Fortunately, Portland’s own The Chromatics were a breath of fresh air with their melancholic yet elegant synth-pop. While many relate this band to Nicolas Winding Refn’s Drive for me it’s got to be Bellflower as their cover of Kate Bush’s Running Up That Hill turned the infamous bug-eating scene into something beautiful to watch.

BBC’s legendary Mary Anne Hobbs has been a staple at Sonar for many years. For such an occasion she pulled a special one-off dubstep classics set, a true-skool history lesson that included anthems from Digital Mystikz, Mala, Skream, The Bug, Burial or James Blake. It seems that some technical problems with the booth monitors gave her a little bit of a hard time, but that didn’t stop her from delivering a nearly perfect mix. 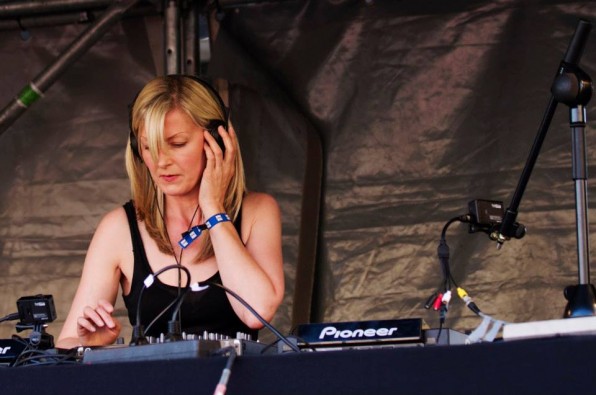 Yeah, the Pet Shop Boys played… but let’s skip that.

As part of their 10th anniversary celebration, French label Ed Banger is touring ten cities with an exclusive showcase featuring label boss himself Busy P and some of the most prominent artists on their roster. It’s no coincidence they played Sonar Barcelona, as the festival celebrates its 20th. First, it was Breakbot performing a disco and funk influenced show with live musicians. Next, it was time for Pedro Winter AKA Busy P with a unique mix for the occasion consisting entirely of Ed Banger tracks, no matter if old, new, rare or unreleased. Finally Justice took the stage for a DJ set that while correct, may not have been completely satisfying, specially to those used to their shocking live performances. Still, I remember them playing a DJ set too at the label’s first showcase at Sonar in 2007, and it seems to me the pressure of being superstars supporting their sophomore record could explain why tonight’s set didn’t sound as fresh as back then.

People can talk shit about Skream for ditching the genre he helped define, but this guy can play whatever music he wants and you know it’ll be one hundred percent solid. I miss his old productions as well, but you just can’t cross him out when you watch him putting so much energy and passion into his mixing. No visuals, no fancy light show, just bass-heavy house and vibrant techno music is all he needed to rock the crowd. Mr. Oliver Jones’ stripped-back performance was the perfect prelude to what was to come, as none other than Laurent Garnier himself was about to take over the decks.

This veteran of the techno and acid house scene proved long time ago his versatility with both legendary DJ sets and iconic records such as Unreasonable Behaviour. A regular at Sonar since its very first edition, it was just fair he got the honour to play the closing set to a faithful audience that gave every bit of energy left in their bodies till well past 7 in the morning. Monsieur Garnier demonstrated once again he is still at the top of his game, mixing flawlessly for more than two hours and indulging the crowd with clever moves such as dropping Mark Knight’s remix of The Man With The Red Face as the sun was just rising or ending the set with The Prodigy‘s classic Out Of Space. It was a moment of pure Sonar magic that I doubt it will be topped anytime soon. 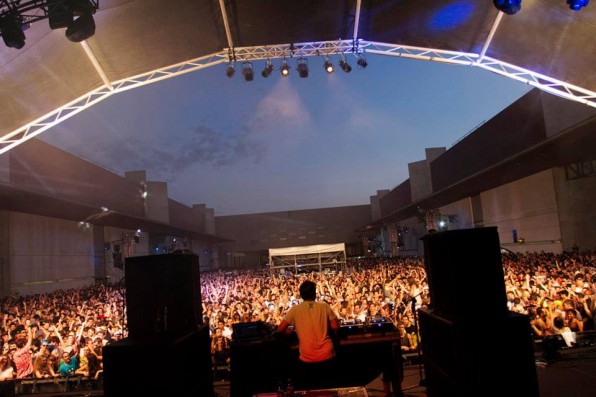 And then, as I looked around me and saw all the old-school clubbers having a blast, I understood. After twenty years, there is not one, but two different Sonar Barcelona. Two completely opposite ways of understanding electronic music and club culture, under the same roof. Generally speaking, Friday could be considered as the nuskool Sonar. Pop music marketed as electronic music for young kids wearing snapbacks and septum piercings, the type who asked me what does my Autobahn T-shirt mean during Kraftwerk’s performance. On the other hand, Saturday was the Sonar for the ones who know, the connoisseurs and die-hard fans that have been attending this fest for years now and still remember why Advanced Music Festival once became the official tagline.

So, yes, compromising the edge Sonar once had has obviously been a good thing in terms of figures, no doubt about it. But, appealing to a wider audience is a double edged sword. Promoters must give some thought about where they want their festival to be the next twenty years. Do they want to become just another Ultra Music or Tomorrowland? Or do they want to stay true to their roots and keep leading the way when it comes to showcase exceptional creativity from around the world?

Well, take a look at the 2014 line up and decide for yourself, in any case better save the date as Sonar massive is back in Barcelona 12-13-14 June.

In case you missed it, you can read part one of Sonar 2013 live review here.

All words by favio db overclock. More writing by favio can be read on Louder Than War here. Favio can be found on twitter as @thisisoverclock.