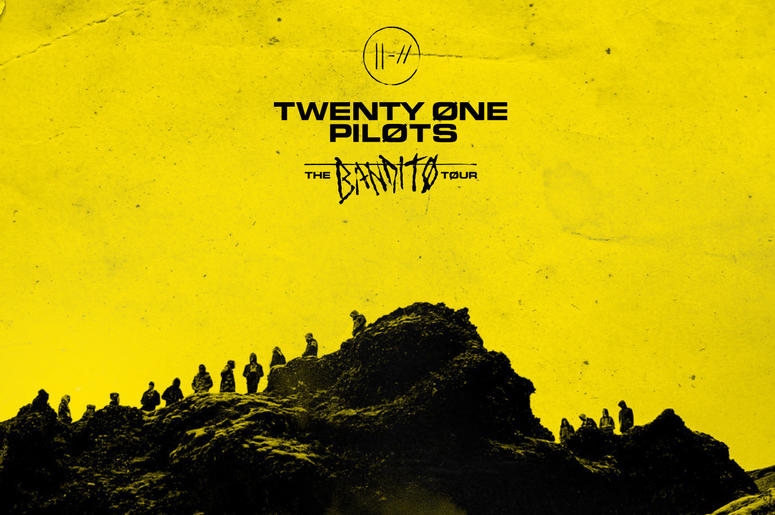 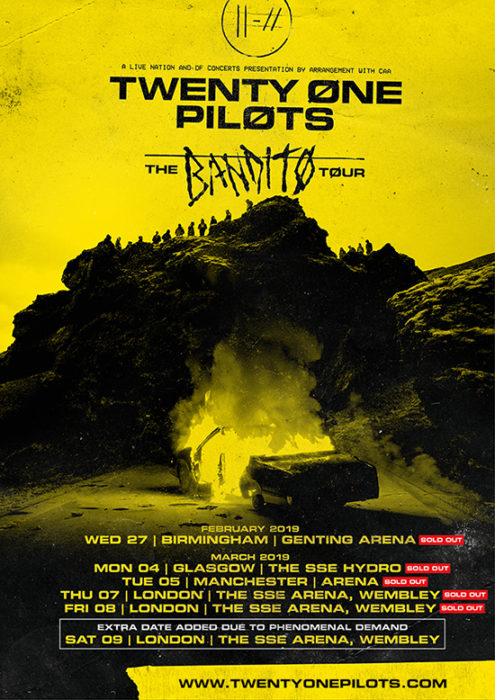 Twenty One Pilots have been busy putting together their fifth studio album, Trench, due for release next month, however as a taster of what’s to come for their Bandito Tour in the UK next year. Tyler Joseph and Josh Dun delivered a spectacular pre-tour show date at Brixton’s O2 Academy in London last Tuesday.

It’s been a long wait for Twenty One Pilots to come back to the UK to perform so tickets for the 2019 tour and the A Complete Diversion pre-tour taster in Brixton on 12th September 2018 sold in out in minutes. If you missed out – listen up the Columbus, Ohio duo are adding a third Wembley date to their Bandito Tour giving you another shot at enjoying what is likely to be one of the best live experiences of the year.

That’s quite a lot to live up to, however, taking in to account the remarkable set list of the Brixton shot, that included Heathens, We Don’t Believe What’s on TV, Lane Boy Stressed Out, Ride, Car Radio and Trees as well as live debuts from new tracks Jumpsuit, Levitate as well as Nico and the Niners. We think it is a worthy claim that this tour will be one not to miss.

If that setlist not enough to have you jumping on those Wembley tickets, listen to how they opened the Brixton show. A legitimate full-size car onstage, on fire with Tyler leaping into the flames. These guys are not messing around and will certainly be taking things to the next level and beyond by the time the first date of the 2019 tour rolls around at Birmingham’s Genting Arena on 27 February.

To have the chance at getting tickets you’ll need to register here for a first chance at purchasing tickets on 18 September 2018: Link Here. Only time will tell if any tickets will be made avaliable in a general sale.

The Bandito Tour UK 2019 dates are as follows:

Trench is available for pre-order now with a variety of bundles: UK purchases Link Here.