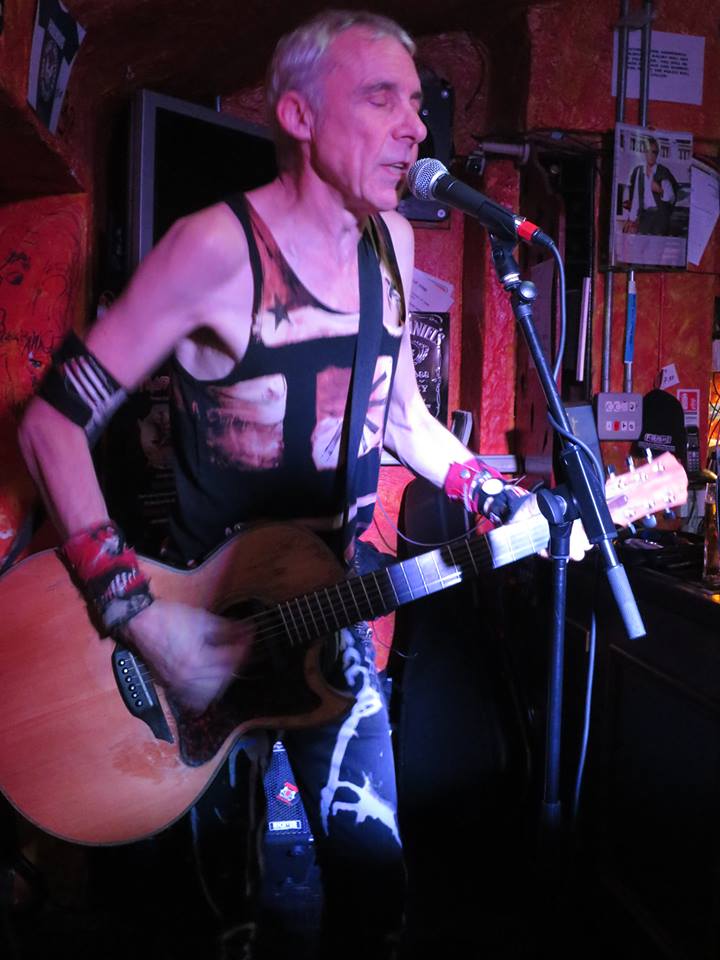 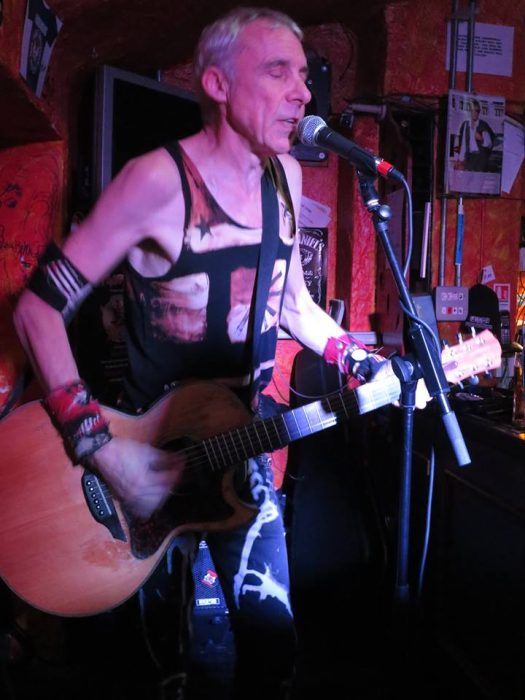 Great Britain, October 2016. Over 38 years since the realease of the Adverts restlessly incendiary debut album “Crossing The Red Sea With the Adverts” and Britain today lies as divided and dissatisfied as ever. When I first interviewed former Adverts frontman TV Smith for a Louder Than War feature in May 2013, upon me asking him about the enduring appeal of that album, he said “if its timeless then thats because of the political environment….kids are still dissatisfied.” Over three years on, that seems truer than ever, and Smith’s writing style seems powerfully relevant – as does that of his excellent support acts tonight, Static Kill and Louise Distras.

Nottingham’s home-grown acoustic reggae-tinged punk band kick proceedings off in typically bold style, with a set that opens with the theme of religion (“Religion”) and closes on the theme of racism (“Green, Gold and Black”), this is a band unafraid to take on big issues in accessibly melodic fashion. 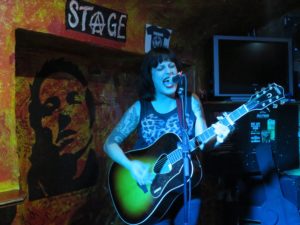 Someone equally unafraid of big issues is Louise Distras, whose voice on socio-political matters has been on the ascent this year – whether she’s using social media as a platform to speak boldly about sexual violence against women, or appearing on Channel 4 News talking articulately about the decline of the coal industry, Distras is shaping up to be a force to be reckoned with. As soon as she opens her mouth to sing, particularly in such a small venue, her voice hits the audience immediately, its gravelly power oozing raw, real talent -particuarly when belting out lines like “with unity in our hearts,” in a proper fist-in-the-air incendiary fashion. Latest single “Aileen” is a highlight, taking Aileen Wournos as symbol for wronged and persecuted women everywhere, in a set full of glorious, politicised moments – lyrics read as socioeconomic poetry, a dedication to Nottinghams LGBT community – set against Distras perfectly crafted songwriting and incredible voice. In a world which is seeing hate crime on the increase and sexism colouring the mainstream, Distras is the singer-songwriter we need right now.

Its fair to say, then, that the standard has been set somewhat high tonight, but if anyone is the perfect fit to headline a night of sharp political songwriting it is undoubtedly TV Smith. This is his third time playing the 50-capacity venue and he seems the perfect fit for its warm counter culture intimacy, playing in an effectively pared down style and talking to his audience between songs in a conversational fashion (including remembering and greeting me immediately). Of course, you don’t just get idle banter with Smith, as he makes observations tinged with situationist-style politics and considérs the difference between the “two sides of the street” (the street facing us is full of glossy chain bars), in keeping with the tone of his music. His voice is resoundingly powerful and the mix of solo material and Adverts classics is seamless, which reflects the quality of his newer work (some brand new songs played here tonight are fantastically well-recieved.) He ends the set with a cluster of the Adverts most iconic songs – “Gary Gilmore’s Eyes”, ” Bored Teenagers” and “One Chord Wonders” which sound as sharp and brilliant as they ever did. Earlier in the set, upon introducing “No Time to be 21”, Smith talks about having turned 60 since he last played Foremans and telling us “its great because you don’t give a fuck!” And we are all very glad about that; the maintaining of the same rebellious spirit that first bought him to public attention is clearly perfect songwriting fuel, keeping him, as he said to me back in 2013, “still a voice for a generation…just a different generation…”

After three poetically excellent acts, its easy to leave tonightd gig with a sense of positivity. With camaraderie and brilliant music along the way, tonight feels like a musical reminder of the stregnth of our commom endeavour.