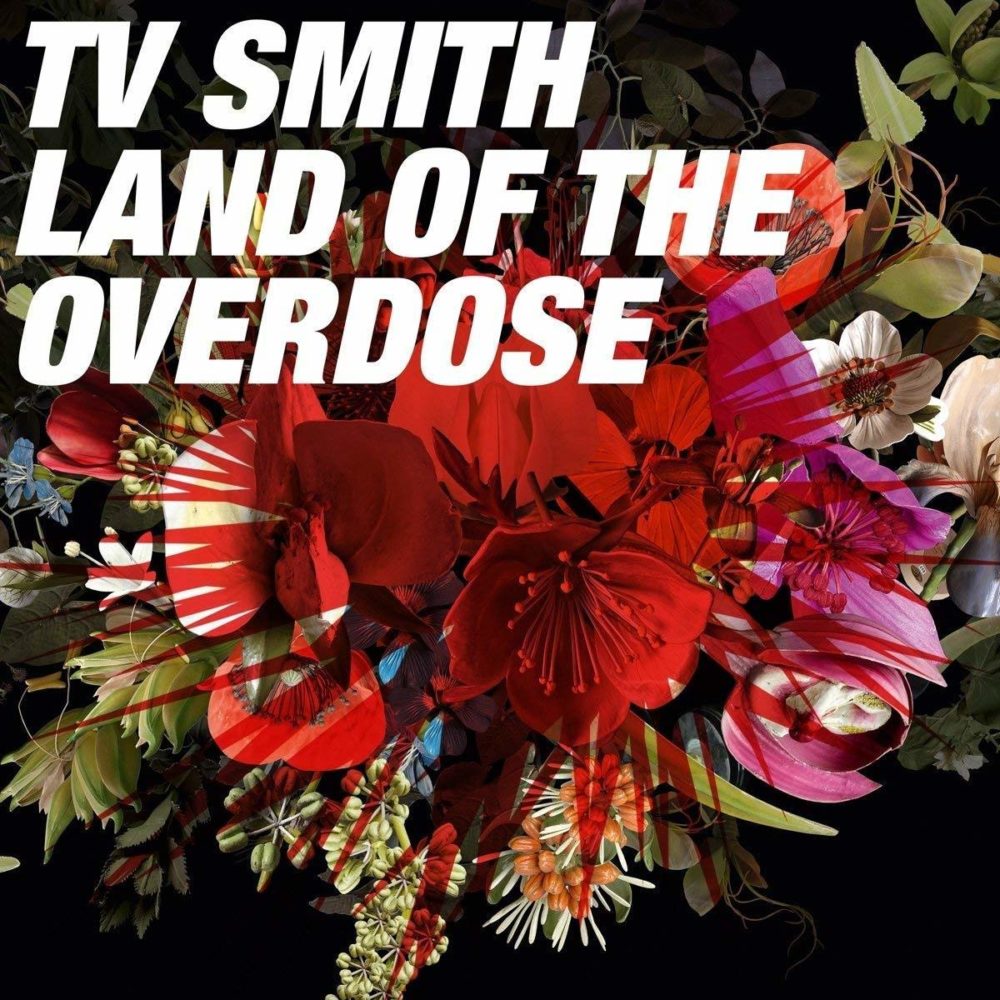 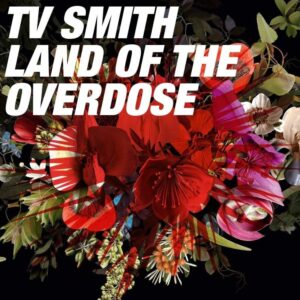 ‘TV Smith is considered one of the most important political songwriters in the U.K. In the last year alone he played more than 130 concerts. In these days of Brexit, Boris and Trump, people need his voice more than ever’.  But do you ever hear him on the radio?  asks Ged Babey

Have I ever told you about the first time I met TV Smith twenty years back?  (‘Only a hundred times... say all my friends and family). I was in a pub toilet in London having a slash and in he walks. I bumblingly demanded with  intoxicated confidence that he play for the first time since the Adverts in my hometown of Southampton. To my surprise he agreed without hesitation.  A handshake deal was sealed with a piss. ( I can’t remember if we washed our hands first).

This is how TV Smith operates – no managers, agents, contracts,  one off record deals.

He has played down here several times since and I’ve reviewed his gigs and albums more times than I can remember.

TV Smith’s new studio album “Land Of The Overdose” will be released by JKP, the label of German rock band Die Toten Hosen. Seventeen years ago the band recorded and released an entire studio album with him – “Useless: The Very Best Of TV Smith” – something they have never done with any other artist.

Die Toten Hosen are fans turned friends of Tim Smith.  He commands respect and loyalty from everyone he meets and works with. It’s down to his down-to-earth humility and onstage passion.  And his songs of course.

I’ve said all this before, in a review of his last album, I Delete, in 2014 and in this live review of a gig at Reflections in Shirley.  I was at his 51st birthday gig at the 100 Club and he played my 50th Birthday gig at the Joiners.  Live he is unbeatable and never gives less than 100% and his albums always have memorable songs, just as impassioned yet framed in more melodic music.

It is not that I’ve run out of things to say about TV Smith, but the press release is so good, it says it all so well,  that here it is….

Tim Smith, as his friends know him, started his career as a singer in the Adverts, one of the early stars of the London punk scene in 1977, and since then has established himself as the irrepressible voice of the underdog. At 62 years old he has become one of the most important songwriters Britain has produced. His mission, as he sees it, is to comment on his broken country, to hold political and corporate power to account, and to criticise inequality and social division.

TV Smith writes and sings about a superficial world where we are “virtually” more connected than ever, but at the same time feel more and more isolated. In an age where discussion and debate are discouraged, he continues to ask the pertinent questions. Rather than sounding negative, his songs put forward an optimistic and positive viewpoint. His attitude is: it’s time to stop complaining and start doing something about it.

TV Smith has that rare ability to write protest songs that on first listen don’t come across as protest songs. He describes the big issues in terms of small details. He can play the snotty-nosed punk equally as well as the traditional balladeer storyteller. What stands out is his authenticity, which has a lot to do with the fact that he has been on the road for so long, seen so much, and tackles his subject matter so unflinchingly. In these times of political chaos, voices like his are more important than ever.

The clubs are dying out, the cost of housing has hit the roof, the politicians are at each other’s throats. We should be glad that there are still a few artists who are prepared to make a stand and speak out. TV Smith has been commenting on the lack of integrity in the British political system long before it hit the headlines. In some periods political comment falls on deaf ears, but in these “days of distress” – as Smith terms it – songs about the real world are back on the agenda.

TV Smith spends his life travelling to gigs, and plays a huge amount of concerts – more than 130 in 2017 alone, and in 34 countries so far at the last count. He says that in the past couple of years he often gets the feeling that the world has gone mad: “Wherever I go I meet people who think completely differently to their political leaders, but whose feelings and aspirations are being ignored,” he says. Back in England between tours he started to write and record a batch of new songs based on his experiences and observations. “Land Of The Overdose” is his seventeenth album of new material, and in true D.I.Y. style the first that he has played and recorded completely on his own.

The opening track has barely begun before TV Smith starts to ask the big questions: “Do you remember when you had a voice? Do you remember when you had a vote?” In another new song, “We Stand Alone,” he makes an illuminating diagnosis: “The pubs get closed/The future’s unknown/Our only hope for salvation/And escape from isolation/Is to fight our way outside our comfort zone.” And in an age where we are defined by Facebook algorithms, Smith succinctly sums up the situation in “Green Zone”: “Spy on what I buy/How I vote, what I wear/Put me in your algorithm/I don’t care/I know you’re watching me/I’m watching you too/And what did you do?”

Forty years after founding his career in the heady days of Punk  TV Smith’s story is far from over. He is still one of the most observant and artistic chroniclers of the changes in society and their impact on ordinary people’s lives. And one thing is clear: as long as there is inequality and a lack of true values in the world in general – and his country in particular – TV Smith will continue to sing about the “Land Of The Overdose.”

My favourite tracks are the opener ‘No Control’ – an accidental irony in the title, what with being the opposite to ‘Complete Control’ – and No Hope Street – one of his finest bits of lyricism.

It’s never been commented on that for someone from Punk Rock, TV Smith is the least sweary songwriter of his era.  He has never ‘eff-ed and jeff-ed’ to make a point. He is therefore the most radio-friendly of punks.  Yet you never hear his solo stuff on the radio.

BBC 6-Music will occasionally play an Adverts single, and Tim’s mate Tom Robinson will slip in a track in his show to mark the release of a new album, but that’s about it.

Commercial stations play the same old hits from the 80’s & 90’s and safe, boring playlists of current music; when anything from TV Smiths back catalogue of studio albums would make great ‘driving music’ with a bit of actual content.

TV Smith won’t play the Music Biz game and employ a ‘plugger’ though – so it’s up to his friends and fans to spread the word … Maybe we should start a  ‘Get TV on The Radio’ campaign?

Alternatively, we could buy this, another great album from the hardest-working man in punk and the one who never lets us down.