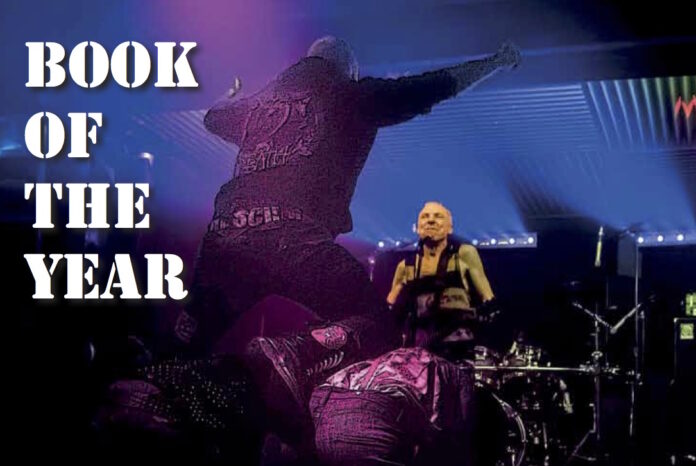 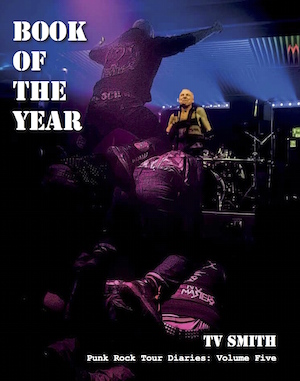 TV Smith was one of the most accomplished lyricists of the punk rock revolution in his late teens/early 20s. His song writing has continued to develop over the years and the publication of his first volume of Punk Rock Tour Diaries in 2006 showed that he is a mean prose writer as well. He’s up to volume five now and Alan Grundy reviews.

We are now up to the fifth, and sadly, final volume which does differ slightly from the preceding editions in that it covers just one year (hence the title).

TV Smith is still a major part of the punk rock counter culture and unlike most of his contemporaries from that period, appearing for major festivals or a tour to support the new/re-released/whatever anniversary album, he travels the length and breadth of the country as well as anywhere else in the world where there’s a venue capable of drawing anyone willing to listen to his message.

If you’ve read any of the previous books, you’ll recognise Tim’s unique engaging, humorous narration of strange (but true) tales and memorable quotes. If not, start with this one and you’ll soon be yearning for the previous collections (all still available in print).

TV’s travels to a variety of destinations from his London home are a living embodiment of Sod’s Law (Murphy’s Law for any American readers) and as Teev says, what happens on stage is only part (and often a minor part) of the story.

So what did 2013 consist of? As well as the usual clubs/pubs, there were gigs on a table, on the floor in a living room, in the street, a garden, a conference centre, a tent, and once in a stadium in front of 30,000 people. There’s thoughts from all of the 120+ gigs played in the year and in a lot of cases accompanying photos (some from TV’s personal archives).

Follow (and in most cases, laugh along with) our hero as he suffers from the malaise of dodgy equipment, wrong hotels, missing/unsuitable food, missing sink plugs, the “arse” room etc. but also share in the small triumphs along the way that give us an insight into why TV is still doing what he does nearly 40 years down the line.

TV launches the book with an interview with Alex Gold, as part of the Word In Your Ear season at The Islington London on the first of October. It will be available to buy on October the 6th from www.tvsmith.com where you can also find the other 4 volumes, back catalogue CDs and get news and gig dates as well as lots of other stuff.

All words by Alan Grundy. More of Alan’s writing for Louder Than War  can be found at his author’s archive.