Home Blogs TV moment of the year? Bobby Gillespie refusing to dance on This... 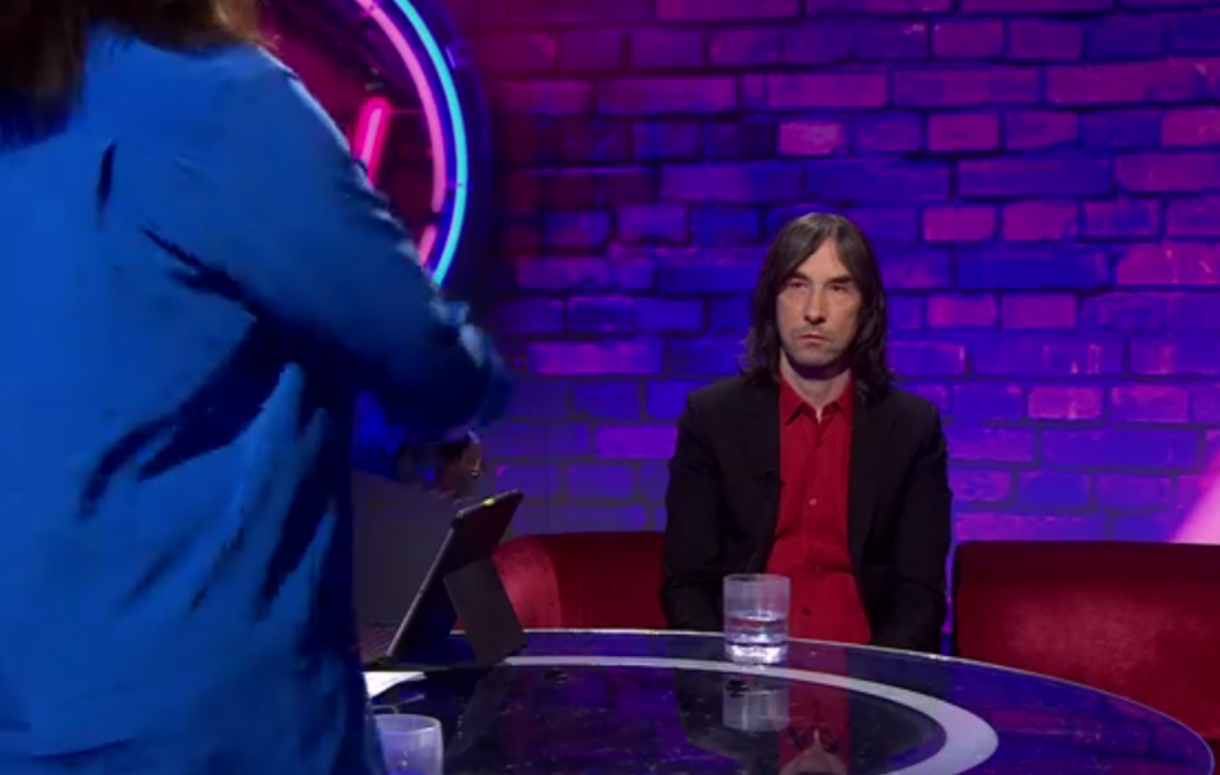 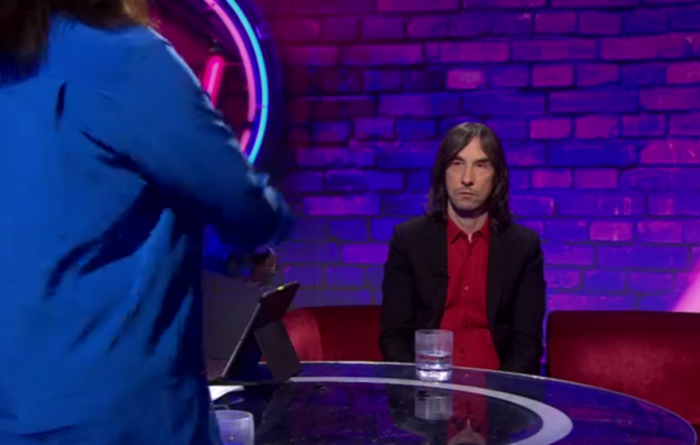 Bobby Gillespie’s stony faced glare whilst a guest on the BBC’s This Week tells you everything you need to know about the let them eat cake rich elite laughing and dancing whilst the titanic of the UK slides under the sea.

The Primal Scream singer had been invited as a guest onto the show to give his views on Brexit and laid into the upcoming severance from Europe. He was then only invited to dance with former Tory golden boy Michael Portillo and Caroline Flint who is maybe from the Labour Party and programme host Andrew Neil as they shuffled round the studio like hysterical braying guests at a naff wedding party.

When invited to join in Bobby Gillespie gave them the look of a man who realised that things were far worse in media land than he imagined. The braying and shrieking of the hosts was like a 21st version of Nero playing his fiddle whilst Rome burned, an arrogant lardy wobble dance on the stones of the nation’s broken bones and a reflection of just how out of touch these people have become.

In a country where rich corporations cheat people everyday, a weak government is out of control and people can feel the gripping fear of an uncertainty, a country where the jackboot of oppression is wielded by non tax paying uber rich who get the laws to favour them and crush everyone else, a country where the state has given the prize of crushing the people to its rich corporate pals… then TV like this is a reflection of where we are at and it’s unpleasant viewing.

Politics is just a smirk to these people. It should be how we work out our lives and how we want to live but has been reduced to Portillo dancing about grinning like a rich man with no idea of how fucked up everything is.

Gillespie’s cold hard stare was the only answer to their frivolous nonsense.