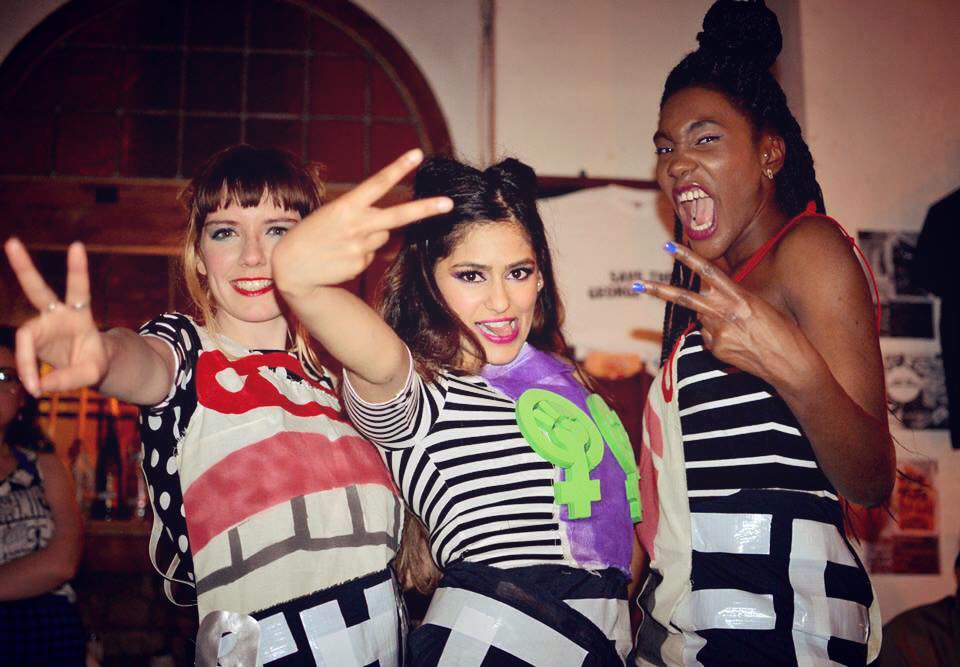 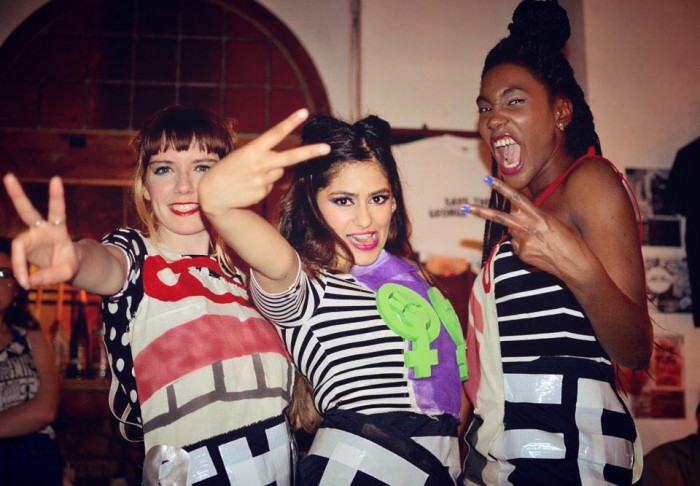 One of the UK’s most exciting up and coming bands have announced that they’re launching a Pledge campaign for their new album. Picture indie riot grrrl meets the punk attitude of 2016 and you get The Tuts. The trio, who have already toured with bands such as The Selector and Sonic Boom Six, are now appealing to their ever growing fan base to help fund their album. Sophie Sparham caught up with the girls to find out more.

Why did you decided to do the Pledge campaign?

Harriet: We’re completely DIY, we book everything ourselves, we’ve got no agent, manager, PR, so we wanted to self-release the album. We could have got an indie label involved but already an indie label. We went on tour with Sonic Boom Six and Barney from the band is our Pledge campaigned manger. Loads of stuff!

What will you be auctioning?

Harriet: They’ll be the album on CD and vinyl, we’re scanning our scrap book that we’ve had for 4 to 5 years and we’re gonna print it into a booklet. You can buy homemade jackets, we’re selling a guitar that we’re painted stuff on and we’ve got lots of limited edition stuff.

Why do you think Pledge is important for artists like you?

Harriet: Usually you have a record label when you put a record out but we don’t so it’s important as it gives us the funding and involves the audience and let them feel part of the album and they get loads of benefits. It’s a mutual agreement between us and the fans.

Nadia: This album means so much to us, The Tuts is our life. We’ve waited so long to do the album and our two E.Ps are amazing but there’s so many songs that we play live that aren’t recorded like Back Up, Always Here the Same Shit. We’ve also got handful of new songs, ones that people have heard before. There’s so many different topics, ex boyfriends, sexism it’s just gonna be the best album ever!

Nadia: We’ve got a really good response –started doing an online count down – thought no one would. We’re not too sure about the name, we’re not good at picking names!

What’s going to be happening with the tuts in 2016?

Harriet: The main plan for 2016 is wrapped around the album and we’re hoping to do a massive album tour afterwards and trying to get as many festivals as possible.

Catch the girls at Bearded Theory, Glastonwick and Rebellion this year. Also find out more about via Facebook here and see their Pledge campaign here.