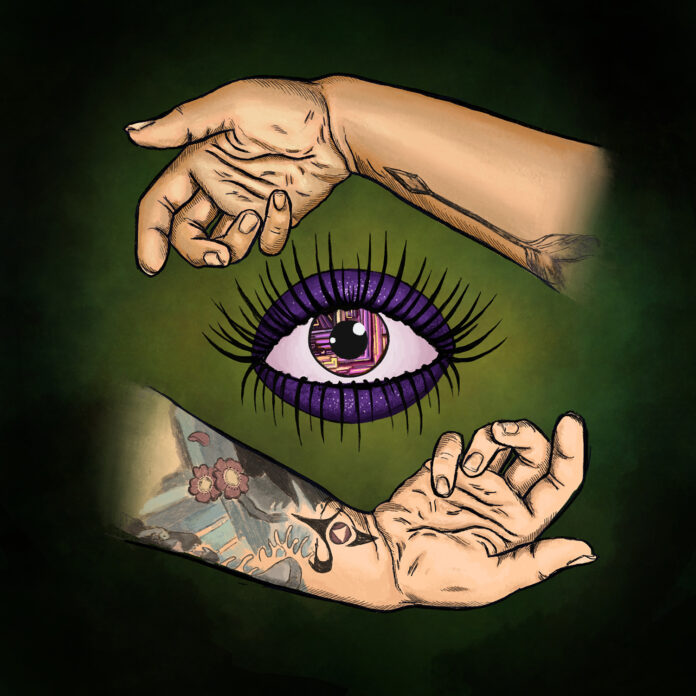 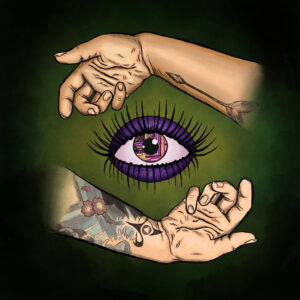 It’s time to get back on the dancefloor and, right on time, Canadian duo Tush have provided us with the perfect soundtrack. It’s an incredibly uplifting and exhilarating debut. Louder Than War’s Gordon Rutherford reviews.

I write this on the 19th July – the date that our Dear Leader has decreed to be Freedom Day. That means that we can all go back out to restaurants and theatres, galleries and cinemas. We can go to a gig or a football match. And we can go clubbing again. Remember clubbing? By way of celebration (it’s almost as though they knew) along comes the debut album from Toronto duo, Tush. If ever you needed reminding of the ecstasy of the dancefloor, Tush’s Fantast provides it.

The individuals behind the band are Kamilah Apong, who brings powerfully soulful vocals and synths, and Jamie Kidd supplying bass, guitar, synths and programming. One is Black/Chinese, one white. One is straight, one queer. They say opposites attract and they clearly do in this case because the duo fuse magnificently on this collection of attention-grabbing tunes. Taking inspiration straight from late seventies disco, Hi-NRG, house and electro funk, Fantast is sassy and confident, sashaying out of the speakers with the attitude of an Eton sixth-former.

Sometimes you just know that you are going to fall in love with an album the moment the needle hits the vinyl. Fantast is one of those albums. The opener, Wavy Baby is a slow burner, swelling and growing. It prowls around you, patiently awaiting its moment, but when Kidd’s killer bass line drops one minute and forty-eight seconds in, you know that you’re in for some fun. It’s a tune that just oozes sultriness and seductiveness, with Chino de Villa’s percussion locking the whole track down wonderfully. “Intimacy”, implores Apong repeatedly. It’s fitting, because this is what intimacy sounds like. Assuredly striding into the room, Tush have chucked their metaphorical trilby on to the hat stand from ten metres away and just demanded our attention. Quite an introduction. We are then into the pulsating, high tempo intensity of Chrysalis. Again, in case you needed reminding, this is what dancefloors sound like. It is utterly infectious with a hook so catchy that it could keep wicket in England’s test XI.

It gets even better. Album highlight, Don’t Be Afraid, is pure club intensity, a sweaty, dark, throbbing beast. Apong attempts reassurance, telling us “don’t be afraid”, but hell, I’m scared of Kidd’s bass line because it’s utterly ferocious. The influence of the brilliant Róisín Murphy is all over this monster and that can never be a bad thing. With that opening trio of tunes Tush have exploded out of the blocks more dynamically than any other Canadian since Ben Johnson in ’88. It’s only natural that we should be crying out for a comedown and it is duly provided by Auntie, the first of two interludes on the album. These short interstitials serve a critical purpose on Fantast. Primarily, they do allow us to draw a much-needed breath, but there’s more than that to them. They take the form of two spoken word pieces, one from (presumably) Apong’s aunt in Jamaica and the other (entitled Confidence) an interview with a child, another family member, also from Jamaica. The theme is self-belief, confidence. Tackling situations head-on, despite your fears. Standing up for yourself. They are incredibly empowering messages and extremely personal to Apong. As a survivor of rape and assault, she has undoubtedly had to deal with some traumatic events in her young life. She is a Black, Chinese, Canadian, child of Caribbean immigrants who describes herself as “a relentlessly brave, hopeful dreamer, whilst struggling with PTSD, self-sabotage, depression, anxiety”. All of that complexity is poured into Fantast and that’s what makes it a special album. Contradictions pique interest and with Fantast we have the energy, hope and optimism of the music constantly intersecting with Apong’s pain, as evidenced by her lyrics. “I don’t know what’s good for me”, she cries on Don’t Be Afraid. When we re-consider that concept of being brave enough to overcome fears and anxiety and trauma, there is no doubt that in co-creating Fantast, Kamilah Apong has achieved that.

It’s back to the tunes with the seven-minute behemoth that is Jessica F***. An electronic, robotic voice intones passages from the Lord’s Prayer. “Save me/lately I’m not myself”, pleads Apong, over an incessant beat. When the heavenly choir of backing vocals kick in, it becomes a spiritual beg for salvation at the grand altar of house music. Marathons transforms from a slow burner into an absolute dancefloor delight. It’s another one of those built upon a Godzilla of a bass line from Kidd, whilst Neil Whitford’s chiming guitar brings an exquisite faraway layer. “You just had to fuck it up”, yells Apong. As the tune unfolds it gradually elevates you higher and higher. My only criticism of this track is that it fizzles out just when it peaks. There was scope to take us further.

The album closes with My Joy. Introducing the track is another one of those empowering spoken word passages before the music kicks in. It’s an uplifting track with a positive gospel feel that serves as a vehicle for Apong’s strongest vocal performance yet – and that’s saying something. Augmenting that incredible voice are backing vocals provided by friends and family members. What a fitting, and perfect, way to bring this exhilarating album to a close.

Fantast is an incredible debut from Tush. It’s a collection that will uplift and energise you. I cannot imagine anyone listening to this album without feeling the compulsion to get up and dance. It has very few missteps, although I’m not entirely sure why they felt they had to reprise the brilliant Don’t Be Afraid in the second half of the album. So good, they recorded it twice, perhaps? But differently? However, I’m nit-picking. Such is the sheer strength of the rest of the album, we can forgive them that indulgence. As we return to throwing our sweaty bodies around on sweaty dancefloors, Tush have very thoughtfully provided us with the perfect soundtrack.