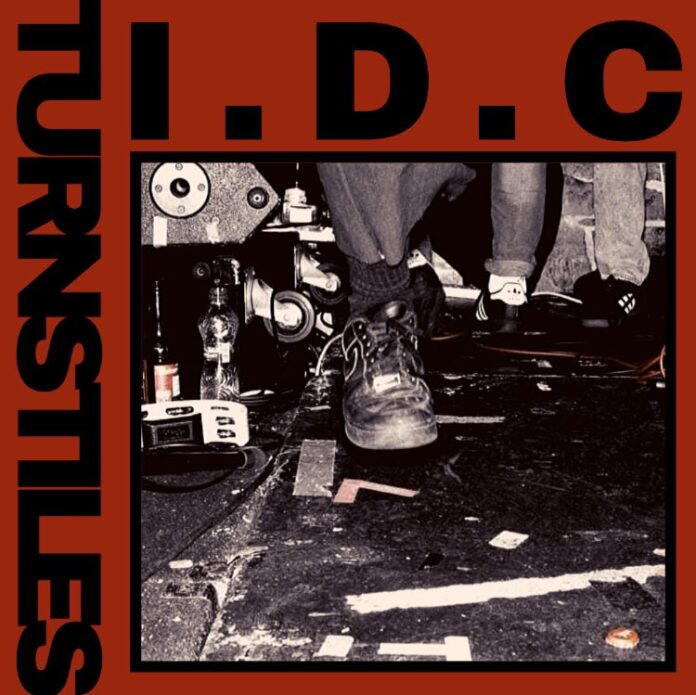 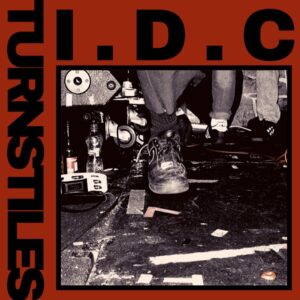 New band Turnstiles release their fourth single I.D.C.. It’s a blast of cynical punk energy. Dave Beer reviews the single and wonders about the role of punk in the wider malaise.

Things have not been on a very steady footing for what feels like a long time. For over a decade economic and political crises have spread like an unrolled carpet. And now this. Shut-in, adrift, connecting on screens, distanced. It’s hard to imagine us feeling more collectively uncertain about things. As I listen (on repeat) to this striking new single from Galway based band Turnstiles, I’m left wondering about punk music’s place in the wider cultural scene in which we find ourselves.

It is often said that punk music needs a bit of a crisis to really get moving. Like a cultural perennial waiting for the right environmental conditions. A slumbering beast that is waiting to get prodded back to life when things get tough enough. I don’t think that’s entirely true though. I’m not sure that Punk really needs a big sense of crisis to give it some bite, the mundane realties of life can be just as nourishing. And anyway, the music we place into the uneasy and prosaic punk category never really ceases. It’s pretty much constant, even if it’s not consistent. Inevitably, with any constant there will come peaks and troughs. Highs and lows. 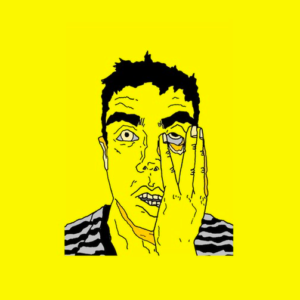 As John Robb has already highlighted on Louder Than War, the musicians, music venues and labels are amongst those worrying what the future might hold and reflecting on how they might adapt (this question was also covered in this series of interviews). Social distancing has meant that bands who are releasing new music have lost their most direct connection with a potential audience. It’s good that artists can still put out music and can still give listeners something to fill the gaps.

Living social life at a distance seems to bring on a strange mix of lethargy and restlessness. Turnstiles I.D.C. is a wake up call. This fourth release bursts from the virtual grooves of the digitally compressed streaming file. I.D.C is their best track yet – a competition that includes some serious opponents.

If you were being ungenerous, I.D.C could be seen to lean toward being formulaic or following a classic punk template. I think that would be unfair. This track is about expression and energy. Built out of the ruins of punk, they have their own sound and their own take on the punk feel. And there is nothing wrong with building sounds from some intertextual reference points and a collage of cultural moments now past – as long as it is going somewhere.

The ghost of music past can be a powerful thing, even when looking forward at new possibilities. You can’t quite say that I.D.C sounds like anything in particular, it just circles the drain of sounds without getting pulled in. It’s fresh and vital.

Centred around an “I don’t care” refrain that’s reminiscent of the classic Adverts track One Chord Wonders, I.D.C appears to be talking about the sense of alienation and futility Turnstiles feel when consuming the polarised and reductive media around them. There is a great little switch in the chorus, “i do declare…I don’t care”; they are certain of their indifference. It’s a nice touch. Like they’ve spotted some bit of media content that matters, but then they find themselves back amongst the detritus. Trebly, tinny guitars are the backdrop to their unease and annoyance.

If i was pushed to pick out some of threads, I’d say the riff had a hint of Stooges or maybe the Ramones, and for a brief and unexpected moment in the verse it sounds a little like Carter USM are playing Squeeze’s Cool for Cats. This isn’t really a backwards looking band though. Their influences are more likely to be layered and filtered through years of punk and post-punk mutations. Listening on repeat I’m not sure of the lineage, it has its own presence.

I.D.C, recorded at Windmill Lane recording studio, is only part of the picture. Turnstiles sound like a band on the move. The four tracks they’ve released are focused, sharp and full of purpose. I’d recommend searching them all out.

Turnstiles are a classic five-piece band consisting of Callum Mitchell on vocals, Colm Sweeney and Cillian Ryan on guitar, Jake Tiernan on bass and Luke Mulliez on drums. Their record company bio-page describes them as a ‘punk band’ with influences including Bob Dylan and the Pixies through to the Stones Roses and Girl Band. Further suggestion of the mixed genealogy in their sound.

Their first single, recorded in August of 2019, was a double release including the tracks Moving Forward and Wasting Away. Tantrum followed and was released in February 2020. All four tracks released so far are woven with a sense of frustration and barbed lyrics about the state of things. I understand that Turnstiles will have more music from their Windmill Lane sessions to be released soon. A band to watch out for as we search for music to occupy ourselves.

If punk music really is connected to moments of crisis, then I wonder what it will serve up as musicians start to react. Maybe bands will respond in creative and resourceful ways, and maybe they will find ways of channelling that uncertainty into a new energetic soundtrack. As the boundaries of social life shift back and fourth, new ways of making and recording music might also be accompanied by new styles, sounds and leaps of creative energy. I wonder if punk will be on its toes again.

More information and links to Turnstiles’ social media can be found here.