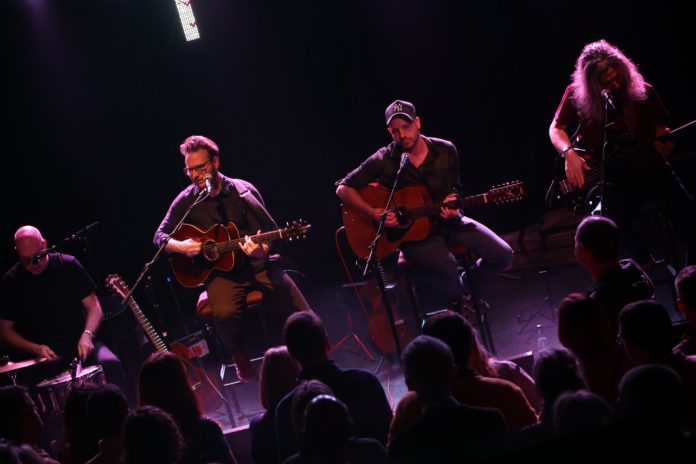 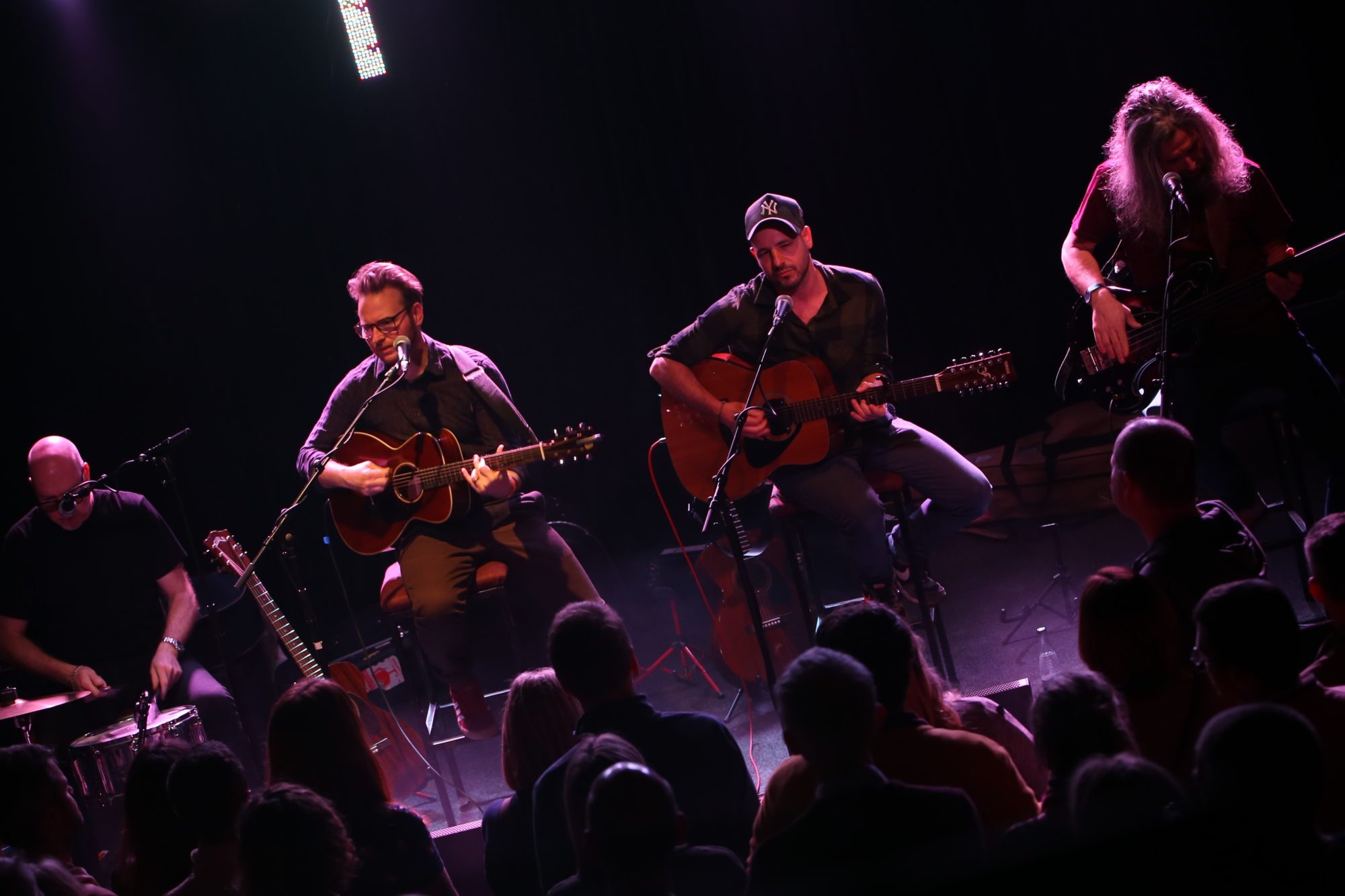 Turin Brakes are one of those bands who seem to have been around forever and as they celebrate 20 years in the music biz they’ve stripped it all back on this acoustic tour.

The band were formed by schoolmates Olly Knights and Gale Paridjanian breaking through almost immediately with their debut album, The Optimist, winning them a Mercury Prize nomination. Since then they’ve been touring with long time collaborators Eddie Myer on bass and Rob Allum who is tonight playing just the one drum.

There is a sense of contentment as the quartet sit on barstools at the front of the stage, and Knights muses that it hardly seems like 19 years since they released The Optimist launching into The Door much to the delight of the faithful.

The stripped-down format really suits their subtle, but dynamic, songwriting, and it’s always a mark of good songs when they can survive being taken back to how they were first composed. The verbose Myer introduces Lost In The Woods from their last album, Invisible Storm, proving they haven’t lost the knack of writing tunes with a decent hook.

The title track from their seventh album, Lost Property, showcases Paridjanian’s dexterous playing, and Allum joins in for some glorious four-part harmonies. Knights’ plaintive voice is well suited to Dark On Fire, and their spirited rendition of Apocalypse is about as uptempo as they get.

It’s easy to forget that their subtle songwriting actually produced hit singles back in the days when it wasn’t all faceless EDM in the charts, and Emergency 72 should have gone way, way higher than number 41. And Paridjanian introduces top 5 hit Painkiller (Summer Rain) as from a time when you could get a cup of tea for under a quid, people bought these new things called CDs and Top of the Pops was still being beamed into people’s houses.

These four are clearly really comfortable in their own skins as they josh about inventing the idea of an encore before a searing version of Long Distance for their second album, Ether Song. The best is last as they deliver a moving Underdog (save me) as Knights’ voice strains over Paridjanian’s soloing.

Turin Brakes have known commercial success, but these days they are ploughing a different furrow that clearly suits them, and more importantly their fans who are quite content to watch quality musicians showcase what great songs look like when stripped right back.

Review and photos by Paul Clarke, you can see his author profile here.