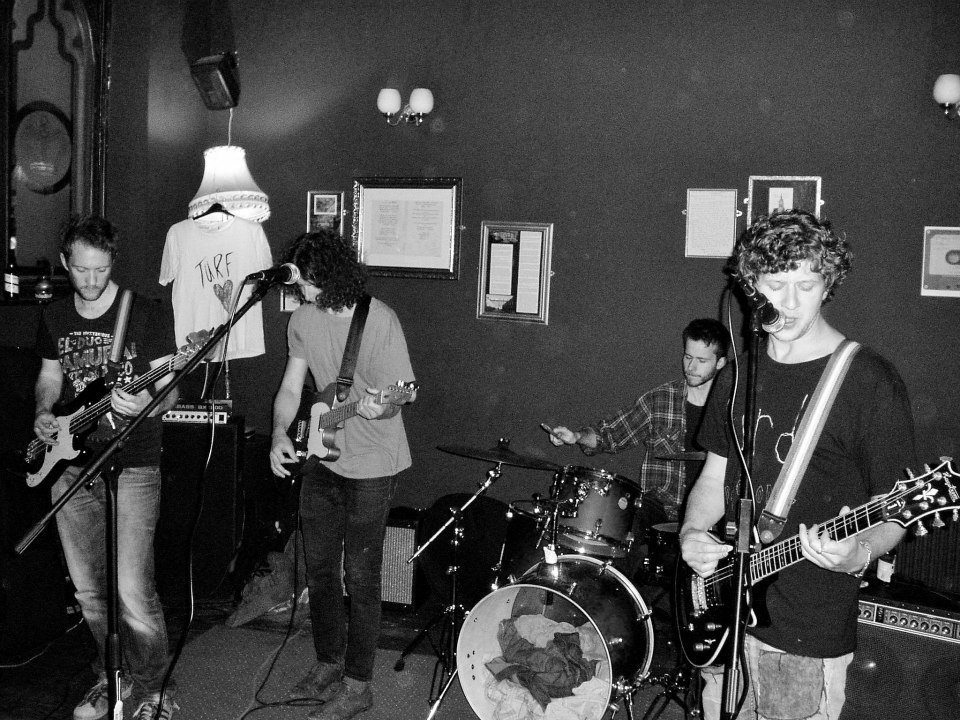 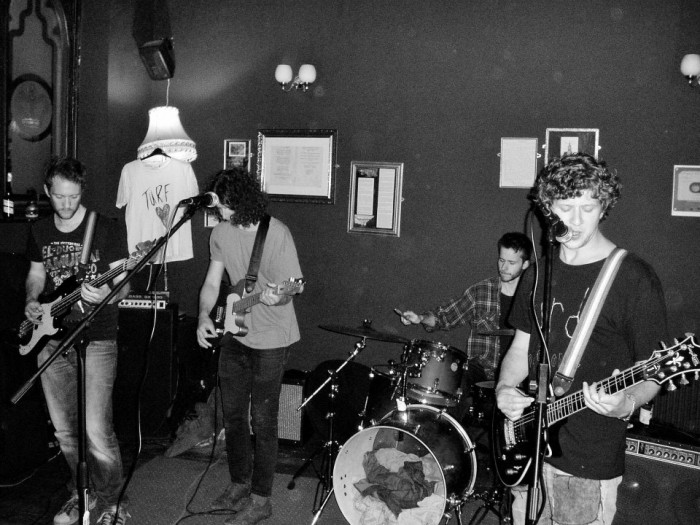 Turf is the brainchild of Manchester brothers Danny and Jake, who founded the band in 2009. The original band was short-lived, playing only once before disappearing from the scene until last year when they added members Alex and Alex and began making the band a firmer proposition. With the release of the EP ‘Shark Week’ in 2015 and a number of gigs under their belt, the band, who have been likened to luminaries such as Husker Du, Sonic Youth and Pavement, seem intent on making their mark. Citing 1980s American Underground Indie bands such as Sonic Youth as major influences, Turf’s music is alternative rock, with lashings of punk attitude, with their live gigs noted for their confrontational and exciting atmosphere. The Music is My Radar Blog placed ‘Shark Week’ at 21 in its list of best singles of 2015 and Turf have had airplay on Amazing Radio with the track ‘Laconic’. The video for ‘Cutie’ gives a tantalising taste of Turf’s live stage presence and the chaotic brilliance of their music as a whole.

‘Shark Week’ features the use of bare chords and chaotic old-school Indie, rather than the sanitised offerings classed as Indie today, more rock and alternative music based, than anything to do with slightly edgy pop music. This is messy, attack-rock, with wailing grungy guitars and shouted, angst vocals. The production is deliberately rough and messy, a welcome breath of fresh air in the fog of blandness currently dominating the Indie scene. ‘Black Filter’ is especially fine, but all the tracks hit the mark. Watch out for the band bringing their own brand of craziness to Manchester and the surrounding areas this year and feel free to join in the fun.