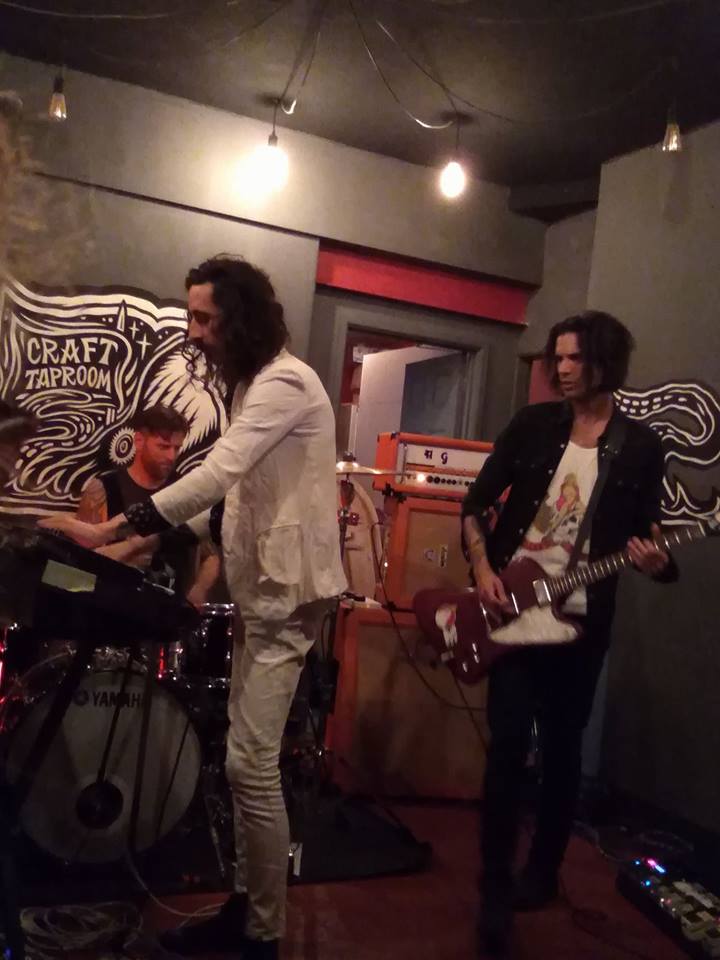 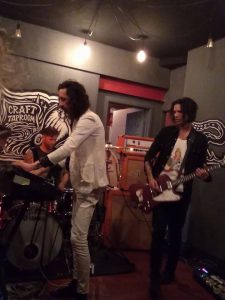 For such a small festival with free entry, Smithdown Road Festival hosts some great acts. To see Turbowolf in the intimate setting of the Craft Taproom on Smithdown Road had a slightly surreal quality. At first the festival’s temporal clash with its mightier brother Sound City seemed a drawback, but some of the bands took the opportunity to play both festivals while they were in the city.

With their stomping rock vibe and bluesy overtones Mad Alice are a dream opener guaranteed to get the crowd warmed up. With strong, tuneful vocals from Caitlin Hare and music that nods to Black Sabbath, Led Zeppelin and many of the great bands of the 70s, their performance is a whirlwind of feelgood sound that makes you want to dance. The growing crowd lapped up a set that opened with the fabulously blues tinged Vulture Tree. By the time they played Crampsesque first single Idee Fixe they had the audience in the palm of their hand. New single Witch of the Tundra was another highlight and the mellower first part of Catch Me If You Can had hints of Led Zeppelin’s Bron-Y-Aur. A set that was retro in the very best way, but brought their own special twist to the influences they pulled together.

Rival Bones are hot, heavy and exciting. For a duo, they make enough noise for a band with twice as many members. Their sound is reminiscent of Soundgarden/ Audioslave at their heaviest, and their songs have a certain wow factor missing from a lot of heavy bands. With a new single The Great Divide out on the day of the gig, Rival Bones were riding the crest of a wave. They started with a vital track already a firm favourite with their fans, Want You Madley. The crowd loved the set from the start. Continuing with The Great Divide, the power and pure electric energy continued. Singer and guitarist James Whitehouse was out into the crowd, joining the enthusiastic pit at the front. When he got back on stage he held his guitar forward so the lucky few could pick at the strings, again bringing the crowd into the performance. The set also brought Hives, Robot Girl, Beautiful/Dangerous and Scars to the ever-increasing audience, before finishing on the superb Hot Blooded. Rival Bones are as vital and gut-punching a band as you are likely to see on a stage of any size. Experiencing them in these small venues is like catching manna from heaven.

Turbowolf were class from the first song and both existing fans and new converts were transfixed. With a mix of influences such as rock, punk, electronica and psychedelia, their sound was unique and compelling. It didn’t take long for the pit to form at the front and things got crazy pretty quickly in such a small space. One guy got a bloody nose but it didn’t stop him throwing himself back into the fray after a quick clean up. With their sound incorporating spaced out keys and enough rock to bliss out even the most demanding fan, the band justified their headline status from the outset. Vocalist and synth player Chris Giorgiadis was out in the audience from the beginning, as they hit the room full force with Capital X. Mixing tunes from their three studio albums, there were a number of excellent tracks from the recently released The Free Life, showing that Turbowolf have lost none of the momentum they have built up over the last ten years. The great rock of American Mirrors and the punky, perky Cheap Magic continued the eclectic set with the influences crowding in, making for some amazing slices of sound. By then the pit had started in earnest and was getting wilder. As the astral synths, stellar bass lines and wild distorted vocals flooded into the room, the wildness spread through the audience like an infection until almost all the performance area of the pub was a dancing, fighting mass. By the time Ancient Snake and The Big Cut were bouncing their way through the room anyone fancying a quiet life had retreated to the bar area. The Free Life, title track of the new album went down a storm and the set as a whole was incredible. Liverpool loves a good pit and they obviously love Turbowolf too.

As free gigs go, this had to be one of the best. Smithdown Road Festival has a good reputation in the city and beyond. The vibe is relaxed and the music is stunning. Turbowolf, Rival Bones and Mad Alice probably smashed Sound City too; three excellent bands with a lot for fans to look forward to in the future.

Find out more about Turbowolf,  Rival Bones and Mad Alice on their Facebook pages.

The new Turbowolf album The Free Life is out now and available here.

The new EP by Rival Bones The Great Divide is available on ITunes and Spotify.

Check out the Sean Diamond Louder Than War review of Idee Fixe by Mad Alice here. Recent single Witch of the Tundra is available here.