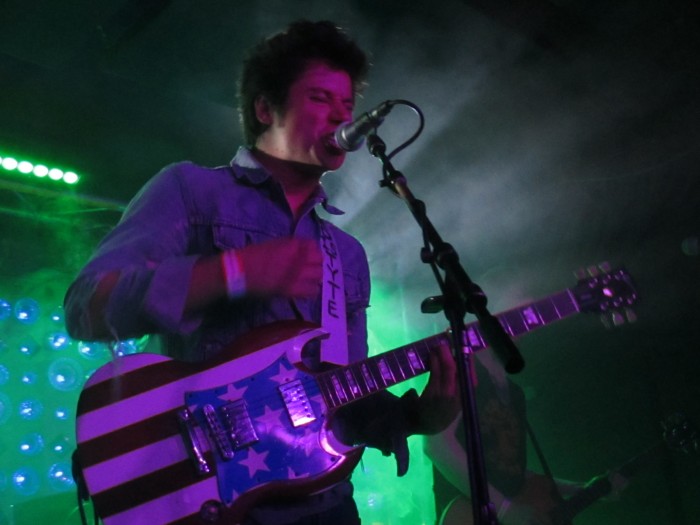 The last time I saw Turbo Fruits, it was at a free outdoor summer show in 2013, and singer Jonas Stein took a dunk in a disused pool, finishing the set crowned with a slimy garland of green algae. I knew then that I couldn’t miss them whenever they made their return to Brooklyn. Despite their Thursday night performance at Baby’s All Right requiring neither a towel nor chlorine disinfectant, it was still pretty entertaining and memorable.

Garage pop trio BOYTOY was first to take the stage, and they are always a solid act to watch. The chimey, jousting guitars of Saara Untracht-Oakner and Glenn Van Dyke have a distinct 90s alt-rock sound that at times recalls the uber-cool confidence of The Breeders. 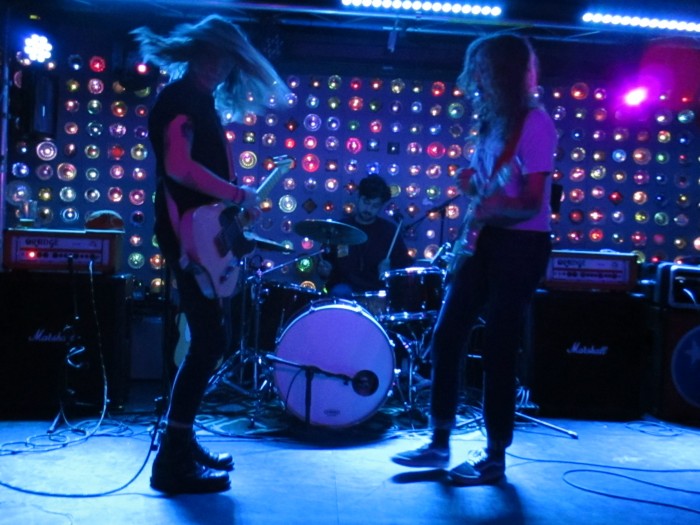 Big Ups is probably best described as unhinged post-hardcore with a big chip on its shoulder. Tonight, however, their tantrums were far more restrained and less in-your-face than I have witnessed in the past. Joe Galarraga, sporting a new Henry Rollins style buzz cut, only once briefly prowled through the crowd, and didn’t seem as determined to scream in anyone’s ear or make people uncomfortable the way he usually does. There was plenty of movement on the stage, but I have seen them do much better. 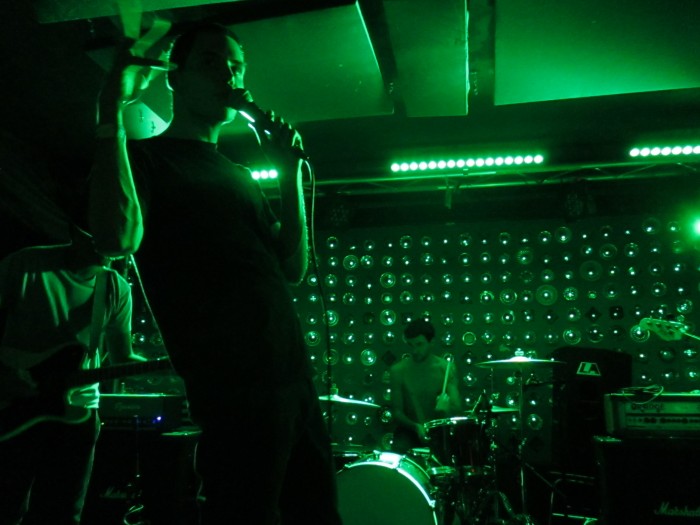 With only two mid-tempo ballads shared from Turbo Fruits’ impending new release, the Patrick Carney produced No Control, their set was bound to be full of surprises. In fact, there were only 4 oldies from their back catalog represented tonight (Dreams For Sale, which appeared on a 2011 split 7” with Jacuzzi Boys, Mama’s Mad Cos I Fried My Brain, Get Up Get On Down (Tonite), and Broadzilla from Echo Kid), and nothing at all from 2012’s more mature yet still brawling Butter. All that being said, I use the term ‘surprises’ very loosely when it comes to Turbo Fruits, because nothing they do ever seems particularly unfamiliar. Stein’s Wayne Kramer inspired custom American flag Gibson SG brings to mind a vintage early hard rock sound, and together with long-haired second guitarist Kingsley Brock, bassist Dave McCowen, and drummer Matt Hearn, he gives the grizzled ruckus of his favorite 70s classics a modern day update. Their rough, sweaty charm and thick, energetic riffs kept the crowd just as lubricated as the many beers they undoubtedly drained during the night. By the end, Stein was being passed around the room on his back, grinning and still playing that trademark custom guitar. So the next time you’re looking to fry your brain with some easy and undemanding rock ‘n’ roll fun, a Turbo Fruits live show comes highly recommended. 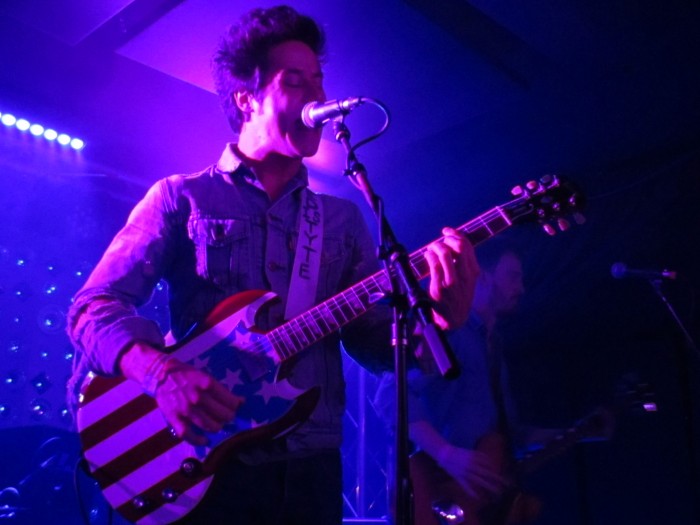