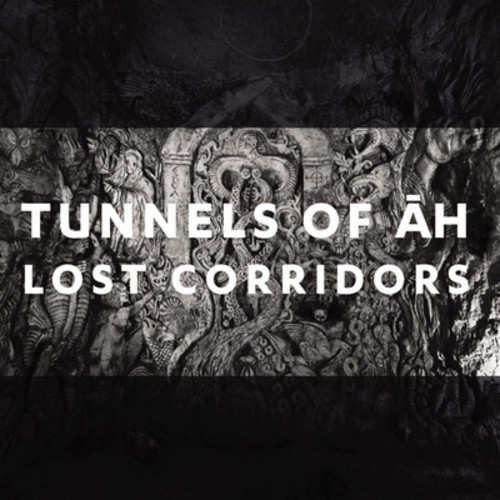 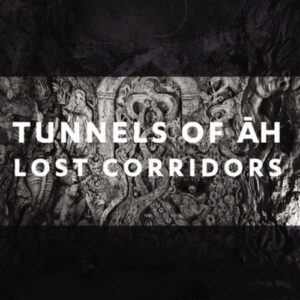 Tunnels Of Ah is the new project of former Head Of David vocalist Stephen Ah Burroughs and Lost Corridors is the debut release. Simon Tucker reviews.

Trumpeted as a “mandatory release for those who worship at the altars of Coil, Psychic TV, Arktau Eos, and Z’EV..” and declaring a ‘psychick war’ one would assume that you would be in for an innovative, enthralling, and exciting listen. One would be wrong.

Lost Corridors is an album that wants to be seen as dark and experimental, yet is mostly tedious and plodding.

Opener, From A Cracked Hive (Black Insect Laughter), deals in sheet metal drone and monk-like chants slowly swirling around the head whilst indecipherable lyrics whisper underneath. Now this is actually a decent opener and one that gives you a good sense of where Tunnels Of Ah are coming from and where they plan to take you. Unfortunately, instead of taking you a journey (like all good drone/ambient albums do), you’ve already arrived at your destination after the opening song.

Every track seems to follow in the same vein with not much to distinguish one track from the next. Yes, there are some good moments which can transcend the monotony (the opening computer-like synth roll on second track, The Nightjar Sang A Kalpa Blaze, which is the strongest track here, the build and build to pure noise on Shattering The Black Crone) but all in all it is an album screaming out for a fuller production and some light to be entered in the dark. The opening repeated line from the aforementioned Shattering tries indeed to be edgy, and industrial but instead comes across like someone in a Goth-night karaoke trying to do their best Jhonn Balance…badly. The whole thing lacks the sheer diversity of the bands it is trying to emulate.

Lost Corridors is a perfect example of an artist not knowing how to self edit. It would have been vastly improved if the album was constructed as one long piece, using (the best) snippets from the seven tracks here making it more of an intriguing listen and something that the listener could just dive into and lose themselves in.

If you ARE a fan of esoteric music and worship at the altar of Coil and Psychic TV, you MAY find moments here that interest you but to be honest, Lost Corridors could just leave you wanting to listen to The Ape Of Naples or Live At Thee Mean Fiddler.

You can check out Coldspring (the band’s label) here as well as on Facebook here. Tunnels of Ah’s Facebook can be found here.