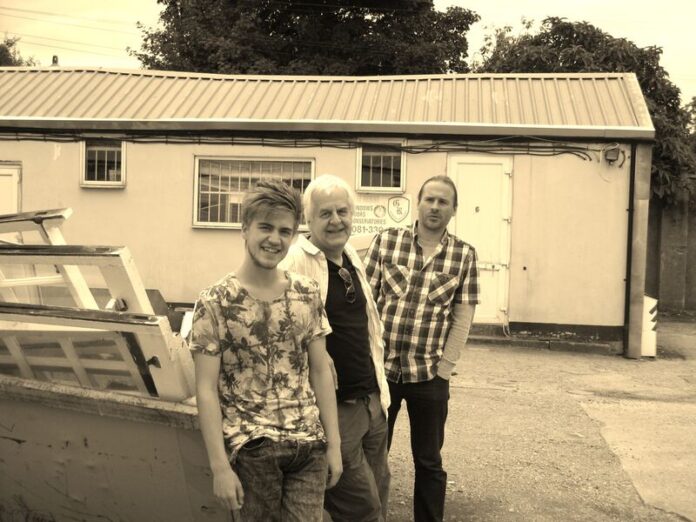 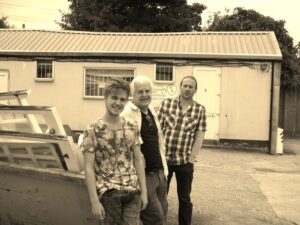 Multi-generational family bands have always been a part of folk music so Tumbler, whose list Dylan, Cohen and Paul Simon among their influences, have tradition on their side. They also have Eileen Shapiro, who reviews their new album, You Said.

It’s been a long time since I’ve heard pure folk music. I recall being very young and listening to Bob Dylan and Peter, Paul and Mary belt out those Vietnam songs of protest, with flowers in their hair and peace signs painted upon their faces. Guitar carrying hippies preaching love. Only this is different! This is British folk music, acoustically mastered, clearly sung, honestly written and performed by Richard Grace, his son Harry Grace and Dave Needham, who are collectively all part of Tumbler.

Inspired by Paul Simon, Bob Dylan and Leonard Cohen, Richard Grace began writing and playing music at an early age. Consumed by the music he went out on the road giving up his job, as well as his living quarters in order to follow his dream. Unfortunately sometimes dreams are elusive and they certainly don’t pay the bills. When his wife attempted suicide he aborted the music, got a job, wound up married for twenty years and raising three children.

With his next ex-wife he also had three children. Later the two ex-wives became friends, the children grew up close, and the dream of music resumed.

18-year-old Harry Grace the fifth son, writes and sings and like his dad has become dedicated to music and a music career. Last year he and his dad decided to try and record some songs. In the quest for a recording they came across Dave Needham who ran a small studio in Epson, England. Between the three of them they ended up recording an entire album and became Tumbler.
The music on You Said, is all folk/rock, however each has a unique sound with a rhythm their own.

Track one Moments (She Reappears), is instrumentally exciting, possessing a rock ‘n’ roll flair. The chorus evolves into a singalong. Song two Don’t Think Twice (She Says), is a funky rock ‘n’ roll tune with a progressive beat.

London Girl, is an adorable tune, an adorable story, lighthearted and fun, whereas Businessman Blues, is a riveting, borderline hard rock, bluesy track.

Sleepy Bananas Are Cool has an excellent and expressive acoustical guitar presence, although it isn’t one of my favorites. Bueller uses some complicated guitar riffs, jazzy chords, and soft vocals, while Dennis and Jean is a sentimental love song about a couple who has been together for over 60 years. Call Me Sentimental, is reminiscent of a 1950’s music style, with jazzy undertones, and sensuous harmony.

Dead Man’s Bones, includes a banjo and is more of a hand slapping, toetapping, get up and dance to it, type of tune, with catchy lyrics. Flowers and Miracles, includes a harmonica and a lively chorus, and the final track on the album, Rowan Tree is a bright and harmonious duet, with simple lyrics and is acoustically beautiful.

I saved my very favorite song for last, although it is smack in the middle of the album. Track eight, Break or Fall, is a very powerful, essential and relevant rock song with only the slightest hint of folk music included. I loved the hook, the story behind it, and was compelled to listen to it many times over.

Ultimately the music on this album is different, straightforward, pure and clean. Each song tells the story, as most folk music will do, and each story is unique. The album is uncomplicated, easy to listen to, and highly recommended.

“What do you do with a whole bunch of music that was never written to tour or sell? The world already has over 37 million songs to buy, who needs more?

The answer is that music is more than a market. It’s who we are. It’s cave painting in Marios. It’s a selfie on a stick. It’s the human need to leave our own mark, to celebrate your own journey. The most important music is the music you make your self”.