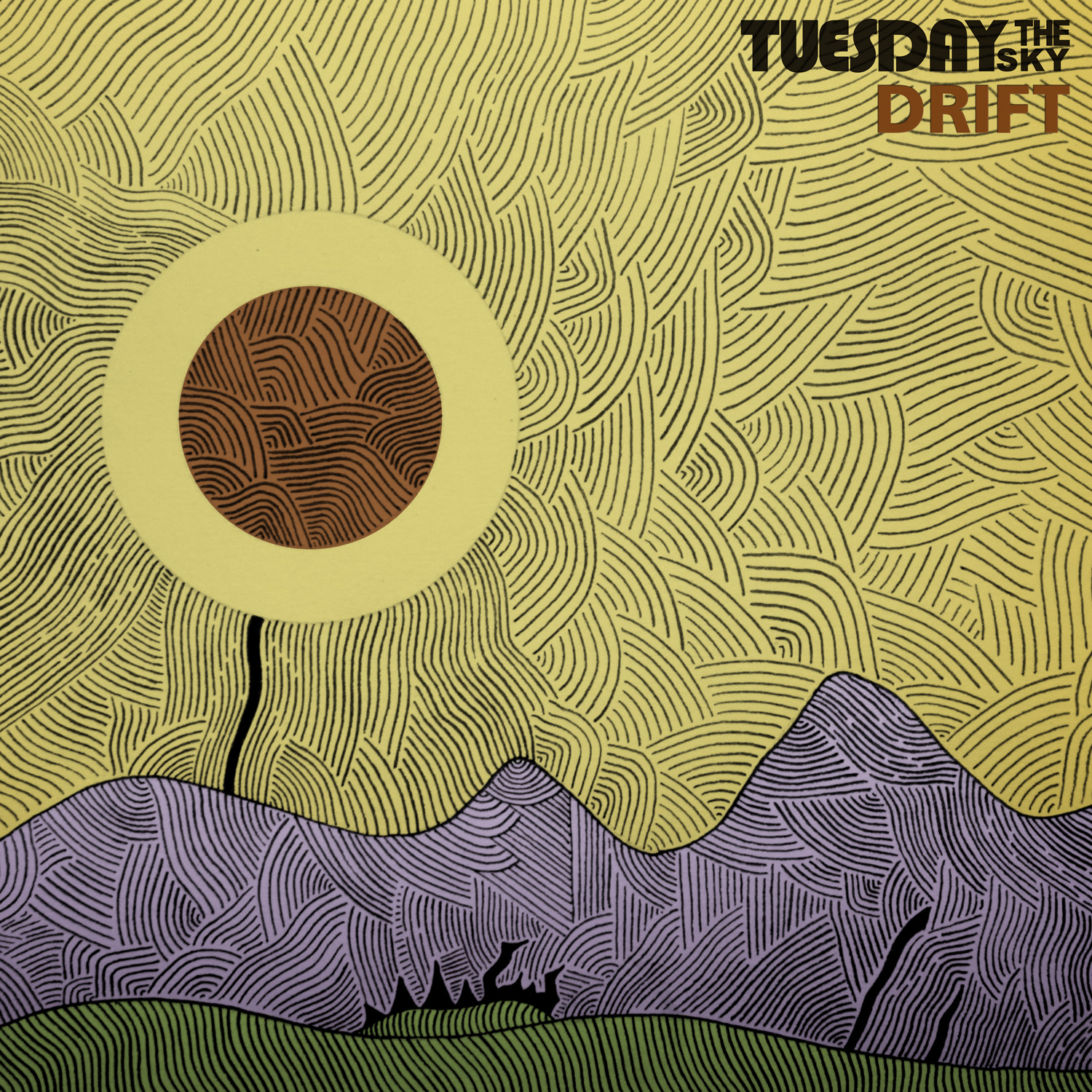 Not the sort of thing you’d expect from Jim Matheos of prog metal outfit Fates Warning. Drift becomes an outlet for things that don’t fit with the day job; the result, a mellow and atmospheric offering from his Tuesday The Sky project.

Quite some departure indeed. One based on a ‘sound design’ experimental process; sounds that have emerged  from experimenting with different guitars, amps and  setting combinations; sometimes analog, sometimes digital. All evolving from a track that was simply too good a piece of music to pass by, that led to “writing a few more in this style to see where it might lead.”

So rather than prog metalling out, Matheos explores atmospheric instrumental music; more  of the mood setting interesting sounds and less of the complex and frenetic normally associated with the prog metal genre. A refreshing change for Matheos and his followers alike; a series of elegantly passing mists as opposed to  waves of ominous dark clouds.

Keeping things simple with just the core of Jim and God is An Astronaut’s Lloyd Hanney on drums, the music includes some vocal meanderings rather than lyrics from Anna-Lynne Williams and a contribution or two from  former Dream Theater man Kevin Moore providing some keys on It Comes In Waves and the title track.

Jim reins things inconsiderably, resisting the temptation on the whole  to let loose with a searing solo or two or a fret melting flurry of notes. There’s the occasional moment where the guitar almost cranks into gear but  the safety buffers are in place to make sure that boundaries are respected. Fates Warning fans might find some refuge in Westerlies while Dyatlov Pass is  seven minutes of cinematic travelogue  that typifies the atmospheric post rock direction.  Sigur Ros and Brian Eno fans will appreciate the subtle textures and the relative calm and tranquillity which must act as creating a therapeutic vibe for Jim – a change is as good as a rest sort of philosophy. For some it might inspire, for others it may be nothing more than a curio until he gets back to making a loud noise.

Whether or not Tuesday The Sky has the legs to run, or whether it’s an itch that’s been thoroughly scratched, Drift is an insightful piece of work.

You can watch the video for Today The Sky here: