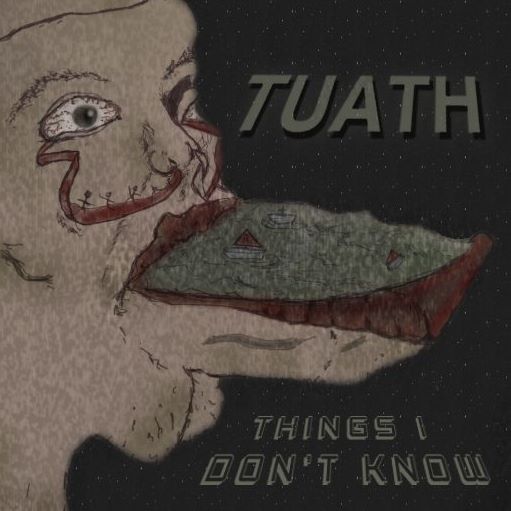 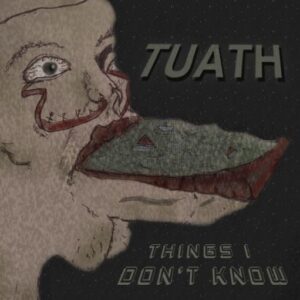 One of last year’s great discoveries, Donegal’s Tuath are back with a new EP (their fourth), a thrilling expansion of the sound that made last year’s Existence Is Futile such compelling listening.

Things I Don’t Know is, without a doubt,their most personal release yet, almost to the point where you feel guilty for listening, at times making you feel as though you’re eavesdropping on a private conversation. Don’t let this put you off though, it’s a towering piece of work. In spite of all the pain you’ll almost certainly find yourself playing it more than once, there’s enough sounds, thoughts and emotions here to fill a double album.

2016 proved a difficult year for lead vocalist Rob Mulhern, tragically losing two close friends to cancer and suicide respectively. The wonderfully titled Stoically, I Ran Through The Rubble reflects upon the sadness of hearing about the first death beautifully; world weary, ghostly vocals set to a sombre drum pattern merge with discordant guitar thrashing in a manner reminiscent of Mogwai’s early loud-quiet-quiet-loud formula.

Similarly, second track Seacht Seachtaine deals with the emotions running through Rob’s head as he learnt the news of his second friend’s death; a steely, foggy air undercuts the funereal drums, feedback drenched melody and savage riffery, creating a unique tower of noise which knocks you senseless. An extremely moving piece of music, most affecting song of the year so far.

Prepare to be launched into space with the title track, a hypnotic Ambient beat set to a recording of the brilliant American scientist Carl Sagan waxing lyrical on the futility of a belief in the afterlife. Another incredibly powerful piece, tying in with the EP’s themes of personal loss and how to survive it, haunted with a desire to believe in a higher power yet also attempting to seek salvation from the realization that it’s all just ‘dust in the wind, dude’ as Bill and Ted so eloquently put it.

Final track Superhighway to Ignorance is an absolutely fucking DESTROYING fusion of earth shattering metal, devastating avant-jazz and freeform space rock, the heaviest, most ear piercing thing I’m likely to hear all year! If you can find something which approximates the bone crunching litany of madness that this monastery of sound represents then please, don’t hesitate to get in touch. I’ll believe it when I hear it.

Tuath have done it again. Another rulebook shredding recording that shatters any tired preconceptions of what a young band ‘should’ or ‘could’ sound like. These cats are playing like it’s their last day on earth, like their lives depend upon it, in the only way they know how. Their way. Excitingly, they haven’t even released an album yet. This, surely, is when the real pandemonium will commence.

Things I Don’t Know is available to buy on Tuath’s Bandcamp page. They can also be found on Facebook.

All words by Sean Diamond. More from Sean in his author archive.