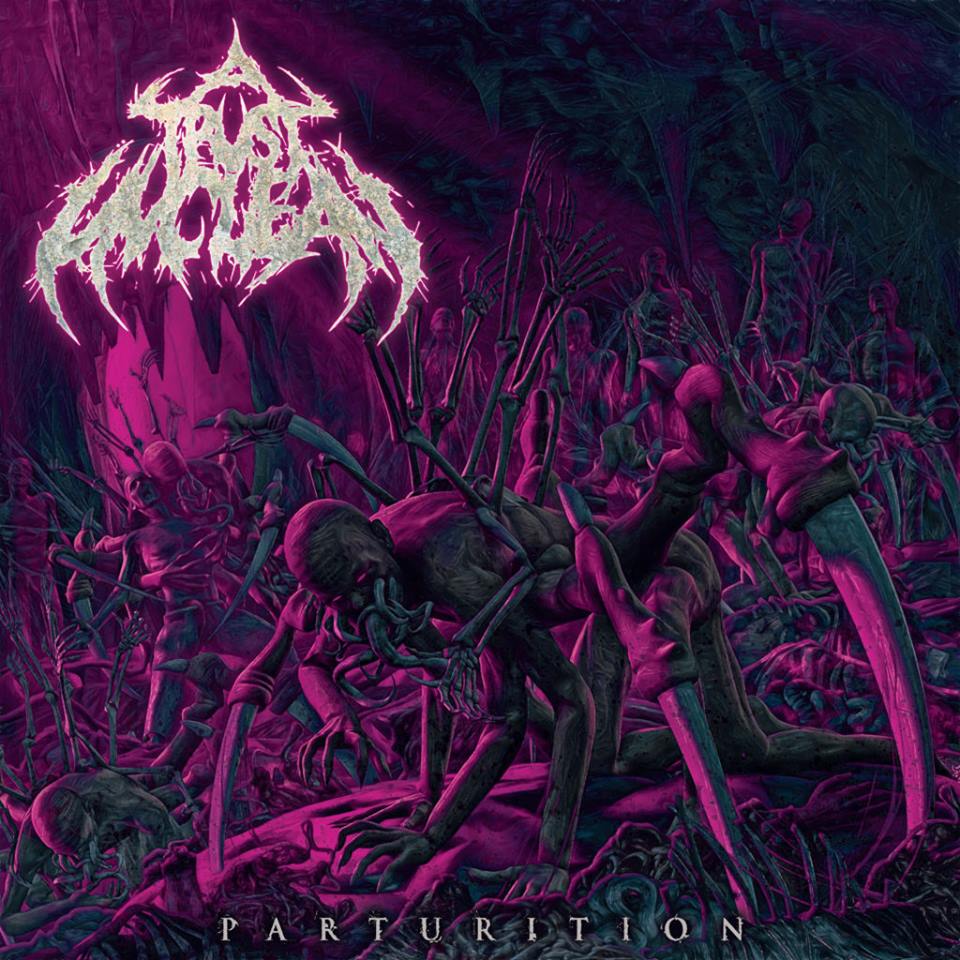 Hailing from Oxford, A Trust Unclean are a 5 piece groovy death metal band (not my words, the words of A Trust Unclean!). Parturition is their first label release through the excellent Basick Records.

Parturition translates literally to “the act of childbirth;” an apt title for the band’s first label release. At just 29 minutes, Parturition is a bludgeoning set of songs that certainly take in different aspects of the metal genre.

Whilst primarily identifying with all the hallmarks of an orthodox death metal album, there are vocals more akin to black metal, riffs that wouldn’t be out of place on a Tesseract record and melodies that show a more classic rock influence. The breakdowns are plentiful throughout. Dominion Over Bone is an early example of all the aforementioned in one track. The shift between black vocals to death vocals sounds brutal and demonic.

Exonerate opens with furious blast beat drumming before a Meshuggah style rhythm drives the track. Again the vocals are blood curdling. The band creates an uneasy atmosphere as the track plays out with a piano led electronic beat.  The ferociousness continues in Aeon.

Apex’s hypnotic guitar opening is punctuated again with a seemingly very technical time signature – as the track progresses it falls in line with many other aspects of the album. Again the vocals are incredible. The guttural death screams scrape the bowels of hell – the track is a true highlight of the short but sharp album.

To Encompass and Eclipse again utilises the more progressive approach to the band’s sound with effects that sound like some extra-terrestrial being clawing away at your brain. There is also a grander approach in the succinct and minimal use of orchestration in the album.

Aetherius rounds out the album. The first real use of solo guitar appears here in short bursts. The duration of the album whizzes past you. Not a note is wasted throughout. A Trust Unclean are clearly a band who know their trade well at such an early pint in their career. Parturition has a cool cover, is well produced, contains songs that are tight, and does what a good death metal album should do; leave your head in a spin after wrecking your neck to it.

Watch the video for Exonerate here:

YUNGBLUD shares the video for “acting like that” featuring Machine Gun Kelly. 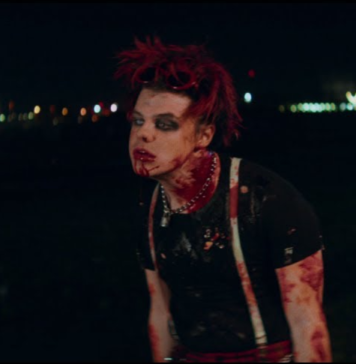 January 22, 2021 0
This song is a direct representation of what happens when me, MGK and Travis get in a room together, says YUNGLBUD.
Read more