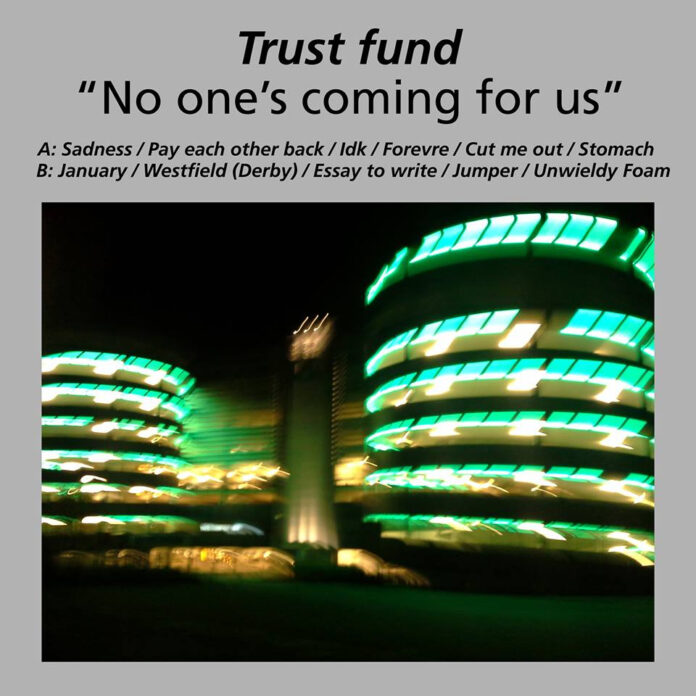 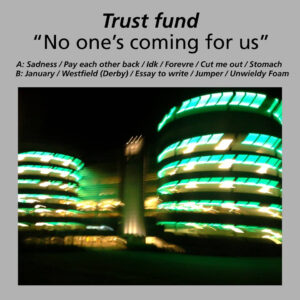 In their new album Trust Fund treat us to an indie pop masterclass where raw beauty is coupled with flashes of pure power. An album that’s sure to go down as one of the best albums of the year.

Trust Fund are the latest in a long line of exciting artists to emerge from the brilliant underground UK indie pop scene. In this, the band’s debut album, Ellis Jones who is, essentially, Trust Fund, couples his own genius with a multitude of other talented adversaries to make an album which, despite opening with the jangly number Sadness, is anything but sad.

Immediately it strikes me as slightly different to his previous output, especially his split with the ever-brilliant Joanna Gruesome. That was perhaps a little more mellow than this; though these short sharp bursts of well thought out lo-fi indie pop are nothing short of excellent.

Albeit not the most refined work, Trust Fund have a really charming feel to them and you can’t help but smile and nod along gleefully. Idk reminds me of some of the most chilled out Belle and Sebastian work and is more what I’d become accustomed to hearing from Trust Fund. I can’t help but picture scenes from Stuart Murdoch’s God Help The Girl film throughout Idk.

There’s a real beauty and delicacy to the song writing, it’s a sweet and honest record, there’s a heart to it. However, first single from No One’s Coming For Us, Cut Me Out is a brilliant slab of indie pop music that sees Ellis releasing the fire from his belly; in parts this track wouldn’t be out of place on most grunge albums.

I can hear elements of Orange Juice tracks in there too and a whole bunch of other influences which mould this record into an awesome piece of music. Ellis takes it down a notch though immediately, as the record falls back into its beautiful lo-fi slack, heavily reverbed beauty.

With the track January comes yet another facet to Ellis’s work, this time successfully channelling the work of the amazing Casio Tone for The Painfully Alone. The sweet opening riffs and the vocoder style vocals setup the track perfectly again, though it’s at a complete contrast to what came before it.

My personal favourite tracks though are when Ellis strips everything back, his songwriting is excellent and this makes the record for me. Whilst he may not be overly happy he has the perfect way of vocalising his unhappiness and that makes for a great record in my book.

So few people could make a song about Jumper seem interesting, yet it seems effortless for Trust Fund and whilst there is an obvious deeper meaning to the track it’s the perfect metaphor. This track embodies the whole album in one three-minute jaunt; it has the beauty and stripped down nature combined with hugely grungey guitars.

As the album closes I can’t help but feel slightly sad, it’s clear that Trust Fund are a brilliant prospect. They have the makings of any of the great indie pop bands, but have the ability to burst out from that meek and mild shell into something altogether nastier. Overall though a thoroughly brilliant record, one which I cannot recommend any more.

Trust Fund’s new album can be downloaded from their Bandcamp, or, if you’re a physical kind of person, visit Turnstile (for CD and beautiful vinyl) and Reeks of Effort for the old tape / cassette version.