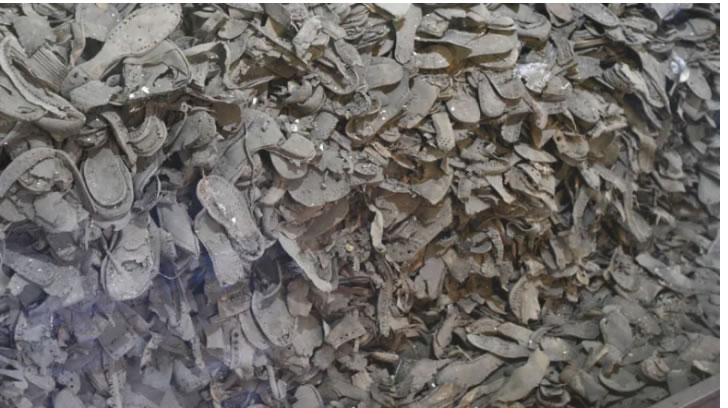 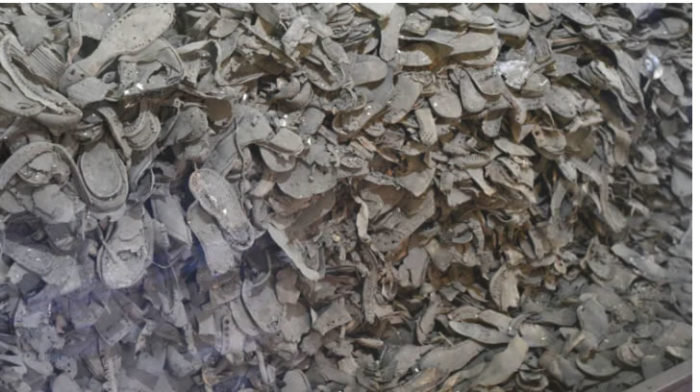 Grzegorz Kwiatkowski is lead singer with Polish post-punk band Trupa Trupa, an outfit I saw for the first time in Bratislava last week. Yesterday, his documentary on ‘The Invisible Shoes of Stutthof Concentration Camp’ was broadcast on radio CBC. Trupa Trupa sits squarely in the dark poetic visions of Joy Division and Ist Ist – if you haven’t heard them then check them out on Spotify and Youtube. Their performance at Sharpe Festival last week was a true highlight.

“In 2015, a strange discovery was made near the site of the former Stutthof concentration camp in Poland. Poet-musician Grzegorz Kwiatkowski and a friend walked into a pine forest and found “a lot of shoes. Children’s shoes. Women’s shoes. Shoes likely surrendered by Jews when they arrived at the death camp.”

The Stutthof concentration camp operated from September 1939 to May 1945. It housed 110,000 prisoners from 25 countries and 27 nationalities — 65,000 of them perished there. The camp supplied slave labour to the Nazi war machine and was also the laboratory for making soap from the fat of thousands of victims. 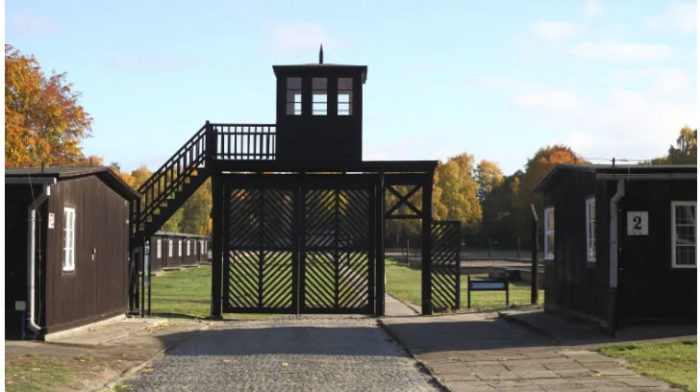 In January of 2018, the Polish parliament passed a law making it “illegal” to accuse the Polish authorities, or Polish citizens, of complicity in the Holocaust. In fact, the deputy Culture Minister called for a “Polocaust” museum to commemorate Poles killed by the Nazis during the Second World War.

This is a very upsetting listen. As someone who has worked in the shoe industry for more than 30 years, this broadcast struck a deep chord. Shoes are deeply personal items, the worn heels, the little scuffs, all tell a story. For Grzegorz Kwiatkowski, the discovery of the prisoners’ shoes at Stutthof has left its mark on him — his grandfather was a prisoner there.

If you can find the time, read more and have a listen here:  https://www.cbc.ca/radio/ideas/the-invisible-shoes-of-stutthof-concentration-camp-1.5117397