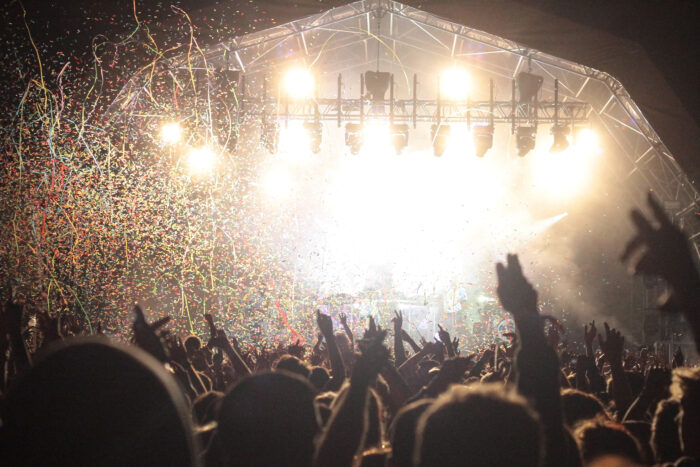 Jennie Higgins loses her festival virginity in amongst the family friendly, community vibe of Truck Festival. Kristen Goodall on photographer.

Festivals are, and have been forever the places to be during the summer months, whether you are surprised by an impromptu heat wave or battling the inevitable English downpours there are an ever increasing number of festivals hitting the scene. Somehow astoundingly, it has taken me all of my 27 years to actually experience a full festival – losing my festival virginity seems somehow appropriate to the family friendly, community vibe of Truck Festival. Located on the idyllically picturesque Hill Farm in Oxfordshire – the absolute epitome of English countryside – this compact affair offers an array of musical delights to tempt both the seasoned festival goer and to ease in the newbies such as myself.

The main stage was opened on Saturday by Fever with their combination of punky-pop stylings of raw musical refrains, later, towards the end of the evening Clean Bandit graced the stage and did not disappoint with the delivery of a performance worthy of their strong reputation. The ‘Bandit’s’ are still rather unique with their marriage of popular overtones combined with classical elements creating a genre of what can only be described as a fusion of so called ‘real’ music and synthetic sounds. The evening was drawn to a close by The Charlatans – the band aren’t entirely my cup of tea but I can appreciate their popular appeal, I would suggest the music is tinged with sadness underlined with a warmth that only British bands of this genre can achieve. 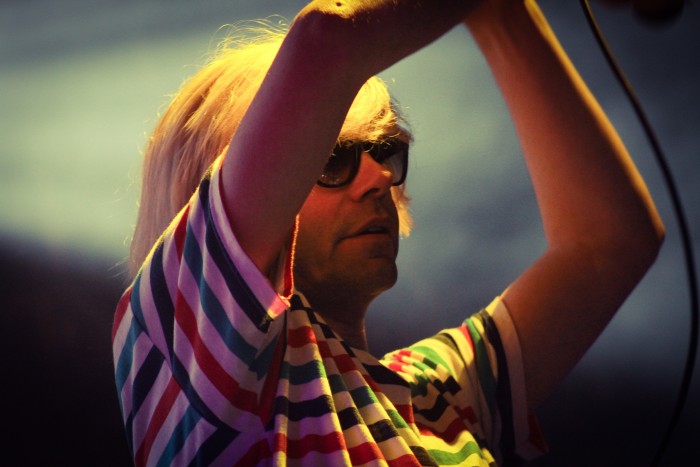 With the beautifully contrasting name Honey Blood one becomes intrigued as to what to expect, refreshingly Stina and Cat create serendipitous tracks which nod to the ‘90s with country pop vibes. Incredibly it is still quite a break from the norm to see an entirely female group, albeit with only two members. Their songs are fully formed with deep hooks resulting in perfectly assured music which creates an ambiance – there isn’t a large amount known about this duo but essentially all that matters is that they are creating good music, so what else is there?

Don Broco is one of those bands whose name has been banded about more and more over recent months and with good reason – this Bedfordshire based outfit create catchy and impulsive music, in a way which is cooler than the likes of McBusted (who if we are honest, we all have a small soft spot for) but still gets successfully stuck in your head for days on end. The music doesn’t necessarily tread new ground but sometimes you don’t need that – something punchy and fun is usually a bit of a winner all round. Lead singer Rob Damiani is a great front man with somewhat Essex Boy stylings really grabbing and holding people’s attention. Their new album is due to drop on 7th August and having seen them live, I would definitely say it will be worth a listen.

The Barn stage was the ideal venue for Slaves to perform to an audience of hungry punters and it is fairly astounding how much noise just two people can make. They create a rhythmic almost heart beat which gets into your blood and carries you on a journey through their sound. With just three years under their belts, Laurie & Isaac have already made waves in the industry, their combination of simple garage riffs and brutal punk vibes results in high impact music – perfect for a darkened barn in Oxford.

The main stage was opened on Saturday by Fox Chapel an energetic four piece alternative indie band and was closed in quite spectacular fashion by Basement Jaxx. The headliners were, as you would expect, full of energy, incredible light choreography, feature singers, rhythmic dancers and guerrillas – yes guerrillas. 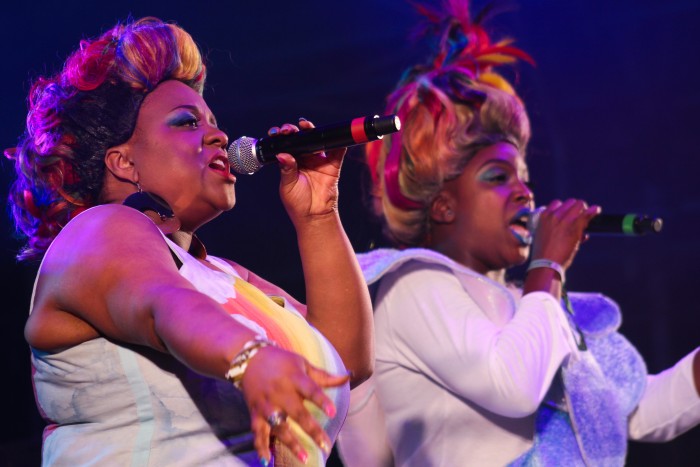 With the number of festivals Basement Jaxx have lined up over the summer months, you would expect their performance to be somewhat akin to a well-oiled machine and they did not disappoint. Playing a selection of their classics combined with some of their newer tracks they were the cherry on the top of the musical sundae that Truck festival proved to be.

I found myself all but glued to the main stage on Saturday with Truck offering a plethora of outstanding acts. Jake Isaac encapsulates everything that live music should be, a young man with a lot of talent and a clear passion for performance, as soon as he stepped on stage he entranced the whole audience with his sound that hits both pop and soul vibes in equal measure. With his vibrant foot tapping and multi layered tracks, Jake has definite parallels with the remarkable John Newman – somewhat reminiscent of the time when I used to see Newman playing in small venues such as The Wardrobe in Leeds – both have voices so full of soul that the sound itself defies their age, emulating, and potentially surpassing, those more seasoned performers. Isaac’s current EP, a follow up to last year’s critically acclaimed ‘War Child’, entitled ‘Where We Belong’ is released by non-other than Elton John’s Rocket Records and features four new songs all of which are serious crowd pleasers. To top off a charismatic performance before he exited the main stage, Jake snapped a selfie with his musicians depicting him as a seemingly very humble chap who is just so genuinely pleased to be there.

Before giving the audience a chance to amble to another stage, the organisers of Truck Festival hit the crowd with the entertaining stylings of King Pleasure & the Biscuit Boys. In what is the true embodiment of a ‘boogie band’, this outfit will challenge even the most dance adverse of people to keep their feet still. King Pleasure’s total dedication to swing, jump, jive and American rhythm & blues ensured they are still, after over 3 decades on the stage, the Kings of Swing, proving that the English can do rhythm & blues just as well as the Americans. The band offers a superb range of extremely talented musicians boasting a roster of skills with numerous instruments, particular credit has to go to Shark Van Schtoop, the double bass player who has some serious chops not only in playing but also in swinging it around as though it weighs nothing! 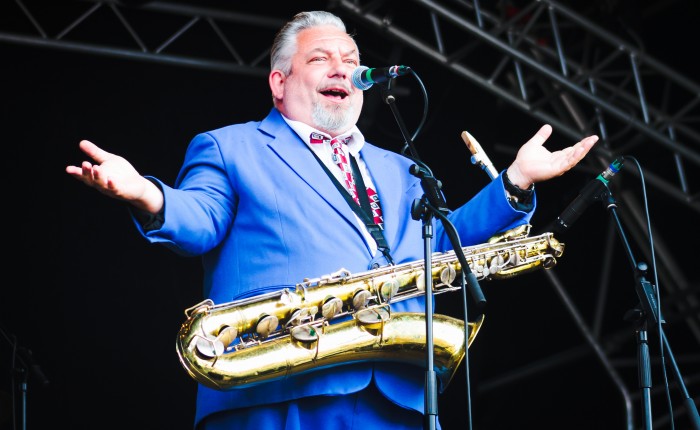 Photo above King Pleasure and The Biscuit Boys © Kristen Goodall

Interestingly the stand out performance of my festival experience was the fantastically rowdy Brawlers, hailing from Yorkshire, the 18 month old punk rock band whose members had various reincarnations in Dinosaur Pile Up and Castrovalva. Punk isn’t usually top of my list however the chaotic sounds of this fast paced guitar music really reflects the original intentions of the punk sound and really got under my skin. Watching lead singer Harry George John cause issues for the roadies as he chooses an impromptu jump off the stage towards the audience with his microphone lead tangled around the stand, effectively giving himself something akin to a dog lead whilst using language most would never have heard of, is in stark contrast to the very humble, well-spoken, polite chap he is when sitting in a tent drinking beer post performance, during all of which he kept on his pillar box red hat and sunnies. Bassist Anthony Wright has an incredible energy which manifests itself in a fervent, highly distracting, sweat inducing performance. The music is absolutely designed for live performance and whilst they have released EP’s, I fail to see how you can capture the true essence of this band through listening alone, they are absolutely a visual treat and an experience I can highly recommend.

All words by Jennie Higgins. All photography by Kristen Goodall. More work by Kristen on Louder Than War can be found at her author’s archive.