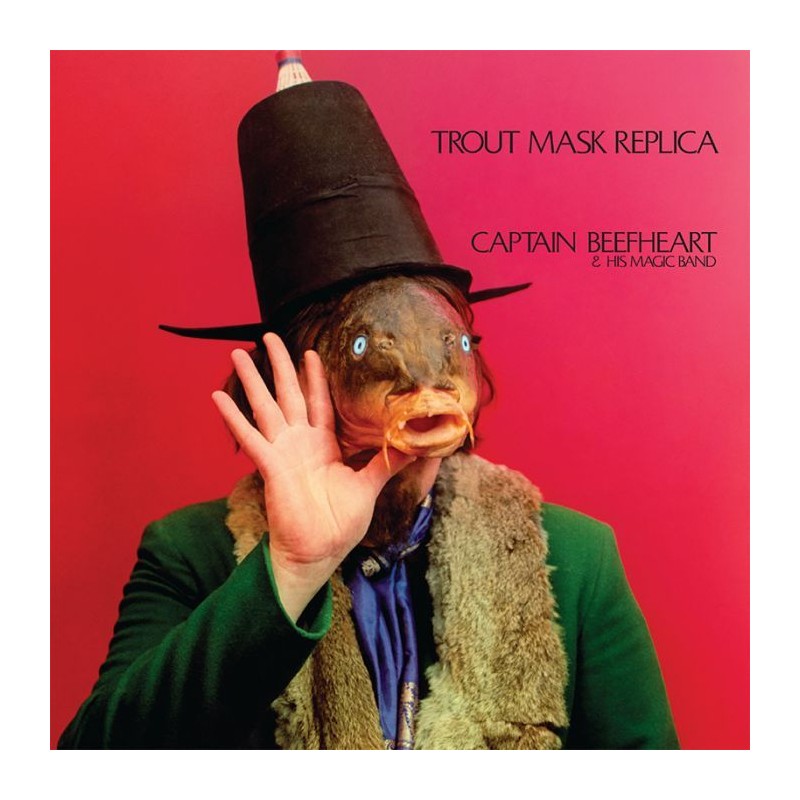 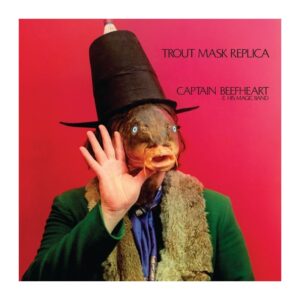 16th June 1969 Captain Beefheart and The Magic Band released Trout Mask Replica. To celebrate the 50th anniversary of this masterful album Matt Mead celebrates an album like no other for Louder Than War.

Don Glen Vliet. Musician, artist and band leader. Once the maverick of 1960s popular music scene – with a clear vision to create music that has never been heard before or even since – created one of, if not THEE stand out album ever made. With a love for the blues, free form jazz and psychedelic rock, his experimentation methods often secluded him to other more straight forward traditionalists with music generated without straight forward chord structures which probably make his discography even more special and felt like an exclusive band of listeners got his output.

Trout Mask Replica, described as Don’s magnum opus, started with The Magic Band locked up a house for six months on Ensenada Drive in Woodland Hills, L.A, which would be renamed The Magic Band House. Previous band members were replaced with younger new recruits (guitarist Bill Harkleroad and bassist Mark Boston were each just 19), plus with each band member was given a nicknames that Don only referred to them by. Rehearsals would last for 14 hours or more a day, with band members restricted by Don to leave the house only for grocery trips. Drummer John ‘Drumbo’ French describes food being scarce, cups of Soybeans were the dietary speciality unless family and friends helped out, which was sparse.

However, from these dank / dark surroundings Trout Mask Replica flourishes, jitters and sprouts into something of wonderment. A vast, majestic, convoluted work but with total genius at the helm in Don Gle Vliet. To pull off an album like this is beyond human thinking, or so it would seem. To think the band were directed to play these compositions as you hear them is unthinkable. Other accomplished musicians have tried to match the band’s sound with little if any joy. When it actually came to record the record in the studio with producer Frank Zappa the band recorded 20 of the songs in less than six hours.

The Magic Band are in the literal sense of the word – magicians of their craft, not 2 chord structures are the same on the record – making light work of the odd, often ridiculous requests put in front of them. To think they came to make sense of the song structures and repeat them is a feet not to be brushed off lightly. With Don’s often jibber jabber lyrics shouted, sung and screamed over the microphone, anyone might think these songs were produced at some sort of lunatic asylum, maybe you’re right to think that. But, whatever the background to this collection, I love it.

My personal choice tracks from the album include opening track Frownland. Perky, dysfunctional guitar, tin hat drums with the growling voice of Don jump into the speakers with exuberant optimism, this creature is just breathing its first breaths of air. The Blimp, with guitarist Jeff ‘Antennae Jimmy Siemens’ Cotton reading a poem whilst practiced chaos is heard in the background. Ella Guru delights with a catchy vocal duet with the well know Fast ‘n Bulbous quote.

Further personal highlights include The Dust Blows Forward ‘n The Dust Blows Back features Don poetically vocalising a blend of short twisted sentences. Dachau Blues has growling aggressive lyrics, Hair Pie incorporates a clarinet solo like nothing you’ve heard before. Pachuco Cadaver has a mad hated vocal intro before a catchy blues beat jumps in ahead of the usual nonsensical playing is heard again.

My absolute favourite tracks appear near the end of the record. Pena has Don screaming and shouting in the background whilst guitarist Victor Hayden (The Mascara Snake) is heard almost painfully reading out line after line of weird warbling’s. When Big Joan Sets Up starts at a fast pace with Don almost coughing out the lyrics during the magic band playing to a jazz beat, catchy and frenetic before the band almost stop playing, apart from the odd little noise here, there, everywhere before the band all start up again at the same exhausting pace. Lastly Hobo Change Ba looks to deeper mystical mantra – playful and enchanting in its word play, convoluted and diverse musicianship in the musical take, perfect disorders reins with delight.

A quite unique album, like nothing heard or seen since. Will we see anything ever again of such equal originality? No. Don was and is a genius of his trade – the likes of which have bitten the dust, sad to say. So enjoy, celebrate and rejoice in this magnificent release by simply playing and enjoying the monumental, grand, even towering selection on offer. 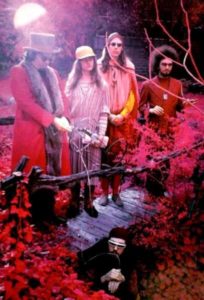 To keep up to date with Captain Beefheart and associated releases click on this link.

All words by Matt Mead. Further articles by Matt Mead can be found via the Louder Than War author archive pages.