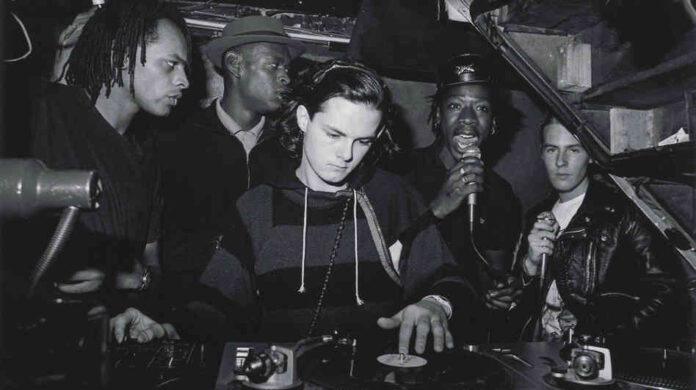 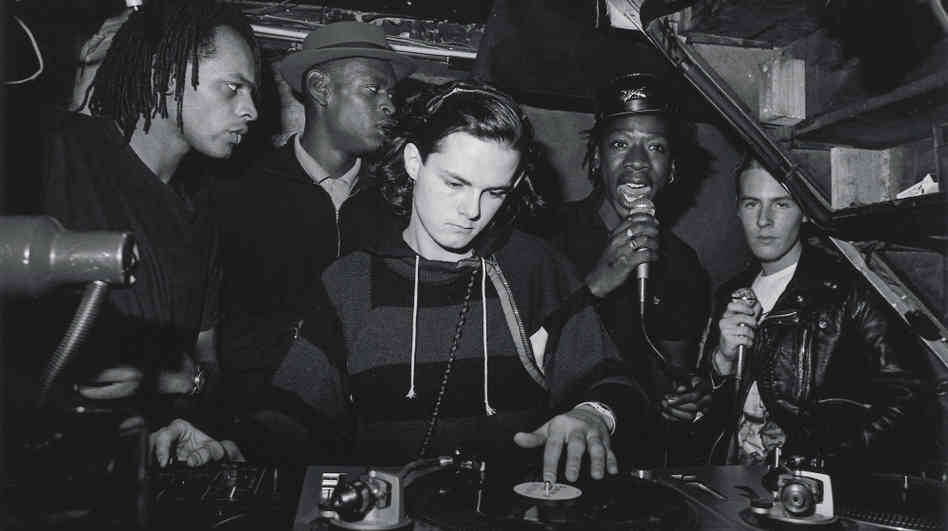 There’s been a great deal of looking back and evangelising about the music and culture of the ’90s so far this year. But britpop isn’t the only movement hitting the twenty year mark.

Here Simon Tucker looks back at what many would consider the more progressive and important genre – trip hop.

When looking back at a moment there are a thousand things that your brain can recall. Sights, smells, company, mental and emotional states.

Sometimes these memories are crystalline and precise, sometimes they are murky and troubling. Sometimes a memory feels so vivid you feel like you could touch it, yet others seem like you were not there at all, that you were just an observer.

When recalling these memories you can sometimes speak about them fluently and with accuracy, other times you can struggle to get the right words to fit the emotions that you are recalling.

Unfortunately for this writer, writing about this specific genre caused the later. I mean, how do you put into words what a certain form of music means to oneself? Do you write from a standpoint of academia and historical references or do you write from your heart and what your own views are. How do you put into words your feelings when it comes to a form of music that helped cement the love you have for a woman who is now your wife and for whom the passion for this music is so electric that you are spending your second wedding anniversary in the city of its birth.

Some people would talk to you about the origins of the soundsystem culture in the city of Bristol and how the clash of dub, punk, and post-punk helped forge an independent movement that was welcoming but insular. A movement that was so proud of its origins that many of the main protagonists still reside there.

Others would talk about the fact that during the boom that occurred in the UK which was termed Britpop (by my Louder Than War gaffer John Robb) Trip Hop (as it was being referred to in the press) represented a more progressive and innovative train of thought. One that was more interested in black culture than ’60s white culture. More Birdland than Pepperland, this form of music was exactly where we as a country should look for our outlooks and ideals.

We could tie into this section how the genre was a perfect encapsulation and evolution of the rave culture that exploded in the late eighties and that was still going strong. How the fact that so many different musical styles went into the heady brew of these band’s recorded output were similar to the sensory overload that you received as you walked from room to room in warehouses, adapted venues, or forests. In these situations you could sample an hour-long techno set, then move to an area that was pulsating to the sound of Jungle, before you moved on to a room laying down some earth shattering sub-bass dub reggae.

There’s people who would focus on the fact that within this music you could feel pre-millenium tension rising, whilst others would use the terms “chill-out” or “downtempo” which instantly does the music a disservice as it implies the music is for having on in the background, maybe at a dinner party (when the scene started garnering more and more attention this is exactly what happened to the disdain of the creators) where conversation is more important than what is spinning on the turntable.

The fact that some would refer to this music in such a manner sticks in the throat of those that were so enriched by its beauty and enthralled by its menace. This was music that demanded engagement and was not to be used to quaff and squawk over.

People who are passionate about this music talk about its various meanings to them. Of how, it soundtracked great lovemaking, how it helped give a soft landing, how it made them feel that someone out there felt the same way that they did and how, sometimes, it aided in making them discover their true selves.

As Lyndsey Lupe of the band Arrows Of Love says: “The bass, filthy heavy… the instrumentation nothing like I’d heard before, and, whilst slick as hell, had grit through raw integrity.

“The voices singing weren’t trying to sell me shit or blow rainbows up my arse – it was stark and visceral, and you instantly felt like it really ‘got’ you.

“Twenty years on, it stands timeless and is a staple on my stereo. As a musician, the genre has had a profound effect on me and what I do… I find myself striving to emulate a similar level of sincerity. Its refusal to follow the classic pop structure is anarchistic.

“The stripped back instrumentals can go on for minutes at a time, pushing you to kick back and work on their clock. The space is atmospheric with the ability of transporting you elsewhere – making you the centre of your own movie in your head.”

Writers can also lump things in together without looking at the facts. Unlike Britpop where a lot of bands sounded similar (I know, I know, there was lots of great music from this era and Pulp sounded nothing like Oasis etc etc, but generally the music did seem to fall into the same formula, let’s face it. It was also so….white. Cue angry messages from Ben Sherman shirt wearing guitar players).

The bands that were lumped in together due to geography and some crossed paths, sounded different, hell the bands themselves sounded different from one release to the next. Don’t believe me? Listen to Blue Lines, a dub-infused classic which followed on from the works of Smith & Mighty and London’s Soul II Soul, then listen to Massive Attack’s (in my humble opinion dear readers) claustrophobic, harsh, masterpiece Mezzanine.

Now, after that listen to Portishead’s Dummy, then their (and there’s no humility here folks as I deem this a stone cold fact) career high-point to date Third (there’s something about the third album by bands from this era that is intoxicating). One is torch-song, jazz and hip-hop infused, whilst the other is more indebted to the works of Sun O))), Earth, and Can. The fact that Third came out in 2008 also shows that to put the scene in a box marked ‘nineties’ would be foolish.

Whilst some fellow writers would concentrate on these incredible British bands, others would focus their attentions further afield. They would converse eloquently and with conviction about how an American DJ/Producer DJ Shadow created a form of music that was, lazily, lumped in with the Bristol sound.

Entroducing was a masterclass in precision and soul, music for heart, head, and feet. To deem it “downtempo” would do the album an extreme injustice as, with tracks such as Organ Donor and Stem/Long Stem, Entroducing contains moments of fuck-yeah hedonism and BBoy swagger. If you can’t dance to these then it’s time to put the dancing shoes away.

Aside from America, Tokyo gave us DJ Krush who again forged new musical identities and dialogue. This scene was truly international, not just located in a certain part of the UK.

As Seth Mowshowitz from the Trip Hop band Fold explains: “During the second half of the ’90s I was rapidly ingesting hip-hop, funk, reggae, dub, minimalism and other select titbits of dance music. Moreover I was particularly fascinated by artists like Portishead, Tricky, Massive Attack, DJ Shadow, DJ Krush and DJ Cam because of their innovative use of hip-hop breakbeats and sampling techniques.

“The juxtaposition of breakbeats with lush song arrangements by Portishead and Massive Attack appeared to be one strand of this new music. The jerky beats, abstract arrangements and speech samples employed by DJs Shadow, Cam & Krush seemed another. Both strands had an enormous influence on me.

“DJ Shadow’s Endtroducing in particular came to act as an instruction manual for realising the music that was forming in my head. That record did more than prove that an entirely original album could be made using nothing but samples.

“Hearing it for the first time was an instant epiphany for me because it was packed full of rich stylistic juxtapositions that had seldom been explored before not to mention virtuoso sampler programming on a whole new level. The only other album to have made such an impact on me was Public Enemy’s It Takes a Nation of Millions to Hold Us Back at the tender age of 12.”

It is with this quote that we are reminded of how this music was revolutionary. It’s because it took its cues from the hugely innovative artists such as Public Enemy, Ennio Morricone, or Miles Davis and not The Hollies – again, I’m aware of this band’s influence etc but after Acid House and albums made by bands like Primal Scream, The Happy Mondays etc did Elastica, Gene, and Republica really seem like a forward step?

Finally, there are those that would concentrate on the repercussions and influence of this movement. How, with Maxinquaye and its accompanying artwork, Tricky encouraged a blending of sexual ambiguity not seen since the glory pomp days of Glam. The fact that this was being created by a black man from a tough urban neighbourhood also added some new dimensions.

How the splash caused by these bands went onto to influence everyone (for good or for bad) from Radiohead (who cited Shadow as an inspiration on their 1997 album OK Computer) to Bjork, to Dido and beyond. For modern day equivalent just look at the work being created by modern-day masters Four Tet and Burial.

Four Tet’s Rounds contains many elements that went into the original scene and Burial’s Untrue is a modern classic that mixes beats, dialogue, light/shade, and urban culture to create something beautifully unique. Sound familiar?

In the end, we writers will choose whatever angle we desire and, hopefully, readers will enjoy what we’ve written whether they agree or not. The trend for looking backwards can be a dangerous one. If you keep looking backwards you will never see what is ahead, yet the odd glance back whilst you forge a path for yourself is extremely healthy.

If you’ve not heard any of these albums then they should be discovered, if you’re already familiar with them, listen again and see if you can find something new. Once that’s done, put the music deep into your soul, carry it with you like a heartbeat, and walk tall, walk proud….just keep walking forwards.

There are some great books on the genre. Simon Tucker recommends Chris Burton and Gary Thompson’s excellent The Art & Sound of the Bristol Underground (Tangent Books, 2009).

All words by Simon Tucker. You can read more from Simon in his Louder Than War author profile.