Home Blogs Tricky: Hell Is Round The Corner – Book Review 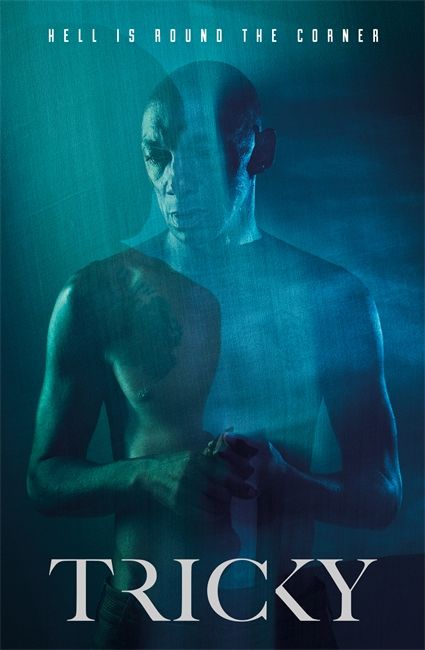 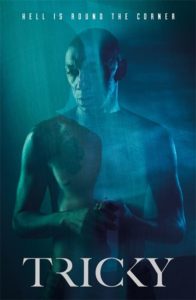 Hell is Round the Corner

An enigmatic and uncompromising artist, Tricky has been creating ground-breaking and unique music for the best part of three decades. His new autobiography tells the story of his life, his creative outputs and his experiences of the music industry.

It’s easy to get trapped in Tricky’s recent album Ununiform. The run out groove of the vinyl is in some sort of reverse loop – the final track runs from the centre outwards. Rather than coming to an end, the album spins indefinitely. Stuck in perpetual motion. It would seem that Tricky is a bit like that. His creative output is massive and almost constant, it never seems to settle. He is always on the move.

Tricky is one of those rare artists that seem to draw from an unlimited well of ideas. He has been toiling away producing creative and unconventional music for over a quarter of a century. Over that time he’s proven to be a creative force. Releasing an album every year or two, with a bit of an accidental hiatus in the 2000s, Tricky’s energy seems undimmed by the passing of time. Collaborations and experimentation have kept things fresh, but we discover that his methods remain pretty much the same: a lone figure with headphones and a good ear. Tricky has a seemingly unrelenting creative impulse, with a couple of moments where his motivation slips, whilst also seeming to have no desire to fit into the industry structures or to play anyone else’s game.

Given this constant forward motion and Tricky’s constant focus on the next bit of music, it is perhaps surprising that he has paused long enough to produce an autobiography. Tricky doesn’t seem to like to focus on what has gone. When money made it a necessity, he followed a recommendation to do a tour performing his first album in full – it was something he didn’t enjoy or embrace. He is uncountable with nostalgia. The constant creativity is likely to leave little time for the kind of backwards glances and introspection that an autobiography requires. Pause he has. The results are gripping.

An early turning point was his discovery of The Specials first album. Tricky explains that this was when he found people he could relate to were actually making music. Later in the book we join Tricky in a dressing room listening to the same Specials album in full, it seems its influence on him hasn’t passed. This album, along, of course, with hip-hop, changed his view on things and opened up the possibilities of making music. He never had a plan. And he didn’t want to be famous. There is a kind of tension that the book reveals, where Tricky wants to make music but finds the fame it produces uncomfortable and unwanted. Often choosing to eschew celebrity hangouts in favour of something more real, Tricky is a musician that never seeks to fit into the lifestyle that is expected to go with it.

The lack of a plan stands out. He seems to begin to formulate something closer to focus in the later sections, and some financial issues meant that he had to find ways to create income. But he never seems to settle into a plan for very long. When it comes to making music Tricky says that he never goes looking for it and if ‘something is good and i’m supposed to find it, i’ll find it’. This is him, he writes, ‘just fumbling along’. Later he explains that this is why his music stands out. His music is ‘weird’, he claims, ‘because I don’t know what I’m doing’. He clearly does know what he’s doing. It seems to be a disregard for the rules that he is actually describing here.

His massive output would suggest he is more motivated and driven than this suggests. This is an interesting tension at the heart of the book. Tricky’s impulse to make and release music means that apart from a five year period in the 2000s, he has constantly been making and releasing new music. It seems to be about the expression that music allows. As he puts it, ‘I don’t make music, music makes me’. Tricky isn’t making music with any long-term goals. The result is that he never looks backward or slows down, unless he can avoid it.

In terms of format, this isn’t a conventional autobiography. Alongside his own recollections Tricky has incorporated passages from 23 friends, family members, record company people and collaborators (a list that includes Terry Hall and Shaun Ryder). In a note at the start of the book Tricky explains that he wanted these other intermittent voices to fill in the gaps in his memory or provide the stuff he didn’t himself know. It’s a fairly effective move, especially when the story about the records are told from another viewpoint. Despite the nuggets amongst these extra voices, I found I was always looking towards Tricky’s own contributions. The different voices give background, often adding interesting perspectives, Tricky’s self-reflections remain centre stage.

There are some great little insights into his collaborations and his desire to take his own direction. Emerging from the ruins of Wild Bunch, early in his career Tricky was a salaried member of Massive Attack (without ever being signed as part of their deal). His book tells that story and explains the input he had into the music. He explains that Massive Attack came too early for him and that he also wasn’t prepared to bend to what was required or expected of him. In the end it came down to a lack of sausage and chips at a service station. When he went hungry because the £2.50 wasn’t lent to him, he knew the time was up. That might sound fickle, but Tricky talks of that moment as somehow revealing to him that he didn’t fit and that they didn’t have a shared perspective on things.

In another instance Tricky recalls sitting next to Shaun Ryder at the BRITs award ceremony. You can picture them as an out-of-place presence amongst the showiness of the glistening event. Tricky asks Shaun why the two of them never win stuff like that. ‘Because we’re ugly Tricky’ Ryder responds before adding, ‘Because we’re ugly inside’. It’s a mement that has stayed with Tricky for well over 20 years.

There are lots of other glimpses behind the curtain. Several times Tricky mentions how the money his record label Island made from U2 was helpful in them backing more experimental stuff. Tricky also talks about his vocal style. He claims that his hushed voice is in part a product of his shyness. This soft non-agressive style was matched by his lyrics – he also notes that these lyrics were ‘less boasty’ than much of the rap he was hearing. Tricky adds that ‘getting up to the mic was hard’.

Are well as shifting artistically, Tricky moves about a lot. Bristol and London are the starting places, then he lives in New York, LA and Paris, with other spaces in between. And then there is the touring. Touring that takes its toll, at times. Tricky admits that his shyness meant that he struggled with live performance, especially initially. His early music was not intended to be played live, so that was reverse engineered by a live band. Then Tricky toured almost constantly from 1996-98 – followed by innumerable tours and festival appearances in the years that followed. Shaping the live performances to suit his style and preferences eased his discomfort in the live setting. When he does choose to step outside of this style of performance, joining Beyonce on stage at Glastonbury, the discomfort again becomes unmanageable.

And so there is little comfort in the music industry for Tricky. He finds labels that he can work with and artists that he can collaborate with. Yet he isn’t happy to be directed in his art. He just looks to follow his own course. The general theme of the book is captured neatly in Terry Hall’s observation that ‘Tricky always does his own thing, and I think that is his greatest attribute’. Hell Is Round The Corner reveals what it is like to try to do your own thing in music.

Words by Dave Beer. His new book The Quirks of Digital Culture is available now. He is on Twitter and more information about his writing can be found on his website.