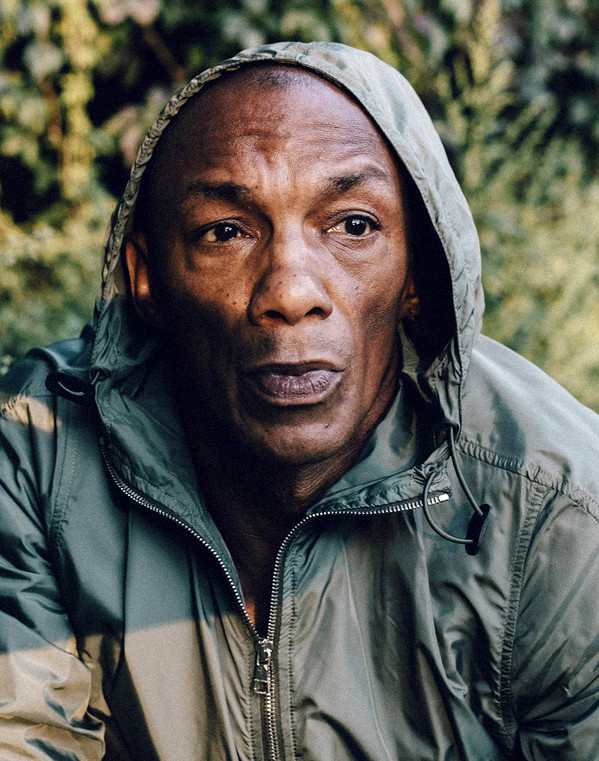 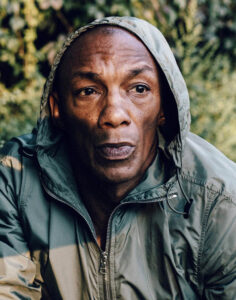 There’s something inherently uplifting about a new Tricky release. A single snipped to less than 3 minutes can make a lot of bad stuff appear better than it really is. Fall Please, a collaboration with Marta who provides the main melodic vocals for this brooding, broken beat up tune, is something to take note of as an antidote to the symptoms, that take more than a doctor’s diagnosis to understand. The new single, Fall Please is taken from his new album, due to be released on 4 September this year entitled Fall to Pieces on his own False Idols label.

Pop, in one way or another, has always been a part of Tricky’s repertoire. It’s hardly pop that most people would think of who are perhaps uneducated about what kind of pop we deal with at Louder Than War. But’s it’s a permutation of pop music nonetheless which explodes in its own unique way. A way only Tricky could really accomplish. On the matters of making pop music that gravitates around an orbit only Tricky could catalyze, he confirms ‘‘I’ve managed to do something I’ve never been able to before, which is that everyone can feel it, even people who don’t know my music. It’s my version of pop music, the closest I’ve got to making pop”. This notion is exemplified beautifully here. Beatific and sparse under a metropolitan neon glow, this is pop with heavy dub basslines snaking in and out of the brain with each inflection suspended in the distance. Pop music with a sense of style, a sense of timing and bite, speed and smartness, as the vocals of Marta, a gorgeous singer who provided the vocals for Hate This Pain, a tune on this more mellow, melancholic downtempo EP entitled 20,20 released in March, a singer he discovered during a European tour when he was left without a vocalist on the opening night. In addition to the unsettling, spellbinding growl of Tricky’s own intonations which float low to graze the ground as the flickering of trippy electronics skips and springs forth from all possible points of both entry and exit, the voice of Marta, provides essential gravity for the more abstract moments which defy its earthbound laws. 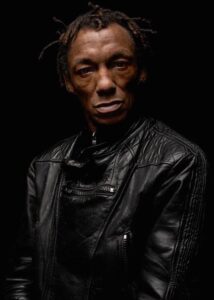 On this particular tune, Tricky likens it to Washington DC Go go music; a kind of relentless, rhythmic foot-stomping, with links to funk, rap, and hip hop for a brief while fascinated the British press. There are similarities present; and when taking a look at the man’s older material, from Overcome or Aftermath or Hell Is Round the Corner from 1999s Maxinquaye; or a more erratic representation of The Only Way from 2017s Ununiform that possess those flushes of a disjointed, delirious, buzzing pulse of drumbeats digging holes into dancefloors surfacing whilst bathed naked in hallucinogenic neon.

I can see the thread which sutures Tricky, to Washington. Music from the clubs, the street corners, the churches, wielding anything they can find, cowbell, conga, and keep the crest of the wave in a constant state of crescendo, the feature of go go taking one song to another which keeps it a propulsive buzz in the blood. This latest release though, although perfectly acceptable to compare to the music of a marching African American underbelly, is a sparser, more starved affair. This isn’t to say it doesn’t leave one feeling satisfied. The kind of classic Tricky motifs are present. Be it the looped, skeletal sputtering of drums, like sticks and stones striking against each other in the name of some tribal percussive street experiment. Or equally beguiling is the jagged, jazzy guitars, or the sublevel zigzags of bass, bruised and bluesy but supple all the same. Or the pricking, precise, impenetrable percussive grooves and experimental, a dense edge that decorates the tune in layers of new things to discover the more one listens. If anything, it makes one want to come back. It makes for a more exciting and wholesome listening experience, especially with the headphones on, in how intricate and interlaced the details of the song are, and how soft we all are on the inside, which provides new things to discover the second or third or fourth time around.

That’s the best kind of pop music, no matter how lightweight, or hardcore. With a haunting, busy animation devised by Marta Kacprzak of photographs, all sharp lines and slashing wildly across the canvas to create an experimental, collage of colliding visuals. Always ahead of the curve, interested in stoking his own fires, but coexisting with those voices he lovingly takes to. It chimes with us at various stages of the afternoon or changes our perceptions of the recurring bad dream that is the entire century. It can make us sigh, or smile, a lot like Tricky can do when representing his version of the greatest art form known to mankind. Pop, with a capital P. Or his version of the fucking thing anyway.

Ryan Walker is a writer from Bolton. He writes for Louder Than War. His archive can be found here.