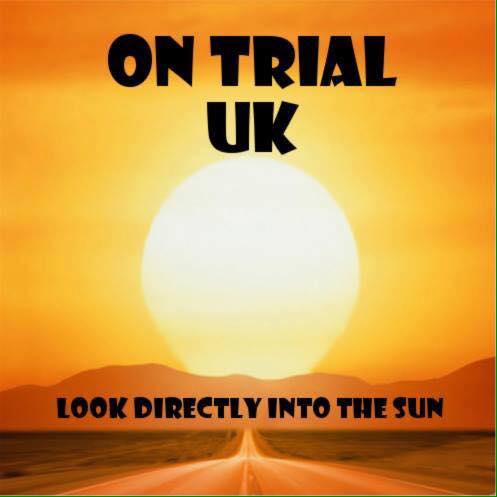 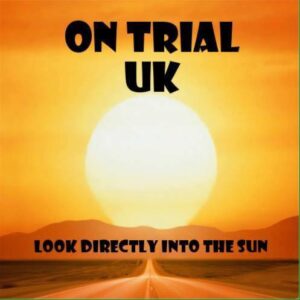 On Trial UK, the Maidenhead based punk tinged four-piece are back with their 4th album, the follow up to the rather excellent ‘The Reward Network’ which generated dollops of praise as charismatic frontman Jonny Wah Wah ushered in their Chaos Theory with a nod towards Messer’s Shelly & Diggle .

Opening with ‘Lunatic Moonchild’ the softly spoken female delivery of the borrowed line from the nursery rhyme ‘I See The Moon’ giving no hint of the harder direction the band have taken with this release; ‘Preacher Man’ continues in similar vein, and is built around a simple yet wickedly effective hammering guitar riff, that perfectly complements Wah Wah’s stuttering “again, an again, an again, an again” lyric – it careers around, a burst of energy before opening up a piecing, and just the right side of being an indulgent guitar solo, before Wah Wah chucks in a couple of Ric Flair style “Woo!, Woo!” for good measure…once past the guitar noodling, and bang its full on for ‘Fucked Up People’ – straight in with an ominous deliciously dark bass undercurrent, a great melody, strident clear vocals follow and the chant of the title comes in harmonised style – but crucially without getting overly clever, as Wah Wah extols the virtues of unity and friendship, similarly in the more traditionally punk based ‘Kill Your Friends’.

‘Night Night Succubus’ now there is a word not found in enough lyrics…will have to go and dust down my original ZickZack pressing of the X-Mal Deutschland classic; anyway, am becoming distracted which is no mean feat when you consider just how catchy this album is, back to the slightly darker but equally resonating ‘Succubus’ and the taut ‘Diamonds and Water’ within the lyric being the line “Look Into The Sun”, the song being constructed an almost trademark catchy melody, whilst the drift from verse to chorus is effortlessly executed, sadly though the track just petered out.

‘In The Night’ rips it up with buzz-saw’s set to destroy, Wah Wah loads it up with spittle-splatter rants barked through a megaphone, 2min and 3secs of whizzed up energy and cops are coming alarm – a chest beating breathless riot of its own – loving this!

‘Simian’ demonstrates the bands desire to stretch themselves, a grandiose affair that reaches back to the cinematic sound of Spear Of Destiny, more measured, more considerate than I had expected from the band and welcome for it, there’s an essence within the track courtesy of the additional keyboards, whilst the straight talking lyrical content is only to be expected as Wah Wah stakes a claim for living life as yourself, with a free mind not living in fear and not wanting things that you don’t need…talking of which, Mr Taylor delivers a swift kick direct into the soft bits of Jimmy Paige in finale ‘Gold Machine’ as he questions the stereotype of the Rock n Roll hedonist.

If you can get past the appalling front cover – there is plenty on offer here, a truly choice morsel to savour and enjoy – On Trial UK are heading on a few dates to promote the album, go check them out.