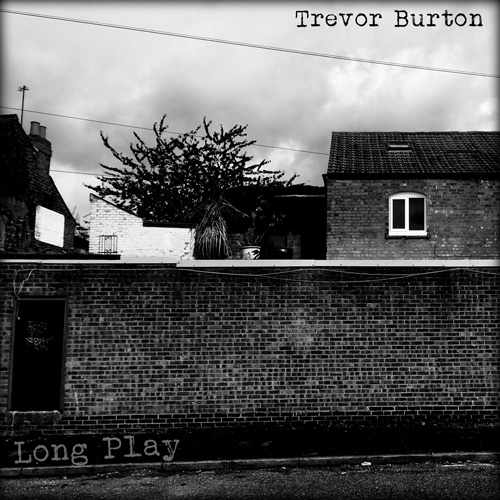 Trevor Burton, co-founder of iconic British psychedelic sixties band The Move, who played on such iconic songs as Disturbance, Wave The Flag And Stop The Train, Night Of Fear and Fire Brigade, announces his debut solo album, Long Play. Matt Mead catches up with Trevor for an exclusive interview for Louder Than War.

Long Play features 11 tracks, including 2 songs penned by Trevor as well as interpretations of 9 modern classics, and classics yet to be discovered: tunes from contemporary songwriters like Vic Chesnutt, John Vanderslice, Jeff Mangum of Neutral Milk Hotel, John Darnielle of the Mountain Goats and more. The album is carefully curated and arranged by Trevor to reflect the world he sees today. Stripped down to its bare essence, Long Play is a painfully honest album that transcends generational divides.

Each performance is acoustic, raw and naked, a stark departure from Trevor’s legendary electric blues and heavy rock style, but as natural and honest as a set of performances can be. Each song is unmistakably Trevor Burton, both classic and new at once. Culminating a long career and all the lessons learned from a lifetime of rock and roll – from the Move to Balls, Pink Fairies and the Steve Gibbons Band – Long Play is an album about today.

Long Play will be released as part of Record Store Day UK, on 21 April 2018. Trevor will also make a live in-store appearance on Record Store Day UK at The Diskery in his hometown of Birmingham England. Trevor also announces his new website, www.trevorburton.net, which has more information about the record and stream a performance of one of the album’s tracks Be Positive, a song from the cult classic Southern California band Refrigerator, which Trevor renders his own. 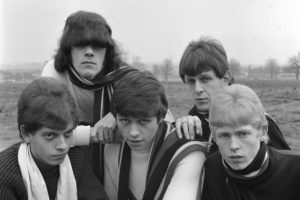 Details: Long Play will be released in both the UK and US on 21 April as a limited-edition of 1,000 blood-red 180-gram vinyl records, and a small run of cassettes. Each vinyl album comes with a limited-edition bonus CD, including three songs Trevor plays with a full electric band; fiery renditions of tunes from Phish, The White Stripes and The Weakerthans, reminding us Trevor is still, in every way, a Brummie rocker.

What was the first music you listened to?

My first memory of music is listening to my Mom sing, something she loved to do.

What was the first serious music you listened to?

Rock and Roll.  I was very influenced by all the greats: Buddy Holly Little Richard, Chuck Berry, Fats Domino, Jerry Lee Lewis.  Later, I really dug deeper and got into all the blues greats, too. Sonny Boy Williams, Howling Wolf, Muddy Waters, BB King, Freddy King,Screaming Jay Hawkins and many more.  I saw all these blues artists when they played in Birmingham in the sixties and it got into my skin. There was a big blues following among the Mods at the time, and so there was a lot of that to soak in.

When did you first start playing a musical instrument?

I was about 6 or 7 when I started to play the drums. I would knock out a rhythm on anything at hand, anything I could hit. My uncle made me some drumsticks at work and so I had a makeshift drum kit with homemade drumsticks . A biscuit tin with lots of elastic bands wrapped around it for a snare and an old kettle turned upside down for a tom-tom. Then we found an old drum kit in a junk shop.  It had a bass drum, a snare, a set of skulls, a wood block and two small cymbals and off i went and never looked back.

When I was 8, I got my first guitar which my brother had brought back from Singapore and taught myself to play. I’ve loved guitars ever since. Seeing Buddy Holly with his Fender Strat, that was it for me. 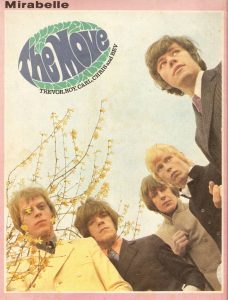 What are your favourite memories of playing in The Move?

I still remember the first rehearsal we had, and we all realised that we had something special. Taking it out and playing live, that was something else; a great memory. We had our first hit the first year we were together, it all went very fast.

What are your fav 3 songs by The Move?

Hard to say, but I like I Can Hear The Grass Grow and Cherry Blossom Clinic. Useless Information and The Girl Outside are lesser known from the first album but are some of my favourites.  Roy wrote The Girl Outside for me to sing.

Did you have a large Mod following in the early days?

We had a mixed following back then – lots of different kinds of kids, and there were lots of Mods in the crowd as well.

Were you a Mod?

Yes, I liked the look and some of the music. It was a good scene and I had a lot of fun with it.

Why have you decided to release your debut album now?

Why not? This album is different than anything else I’ve played before in that it’s acoustic – almost all my voice and guitar, with some keys and backing vocals by Abby Brant, a great Birmingham musician.  I wanted a challenge and I thought trying something new and raw would be a trip.  It has been.

Michael (Hession) from Gray Sky Records came to a Trevor Burton Band and, afterwards and chatted for a bit.  He said he wanted to record my voice and I said okay.  Simple as that.  We went through how we wanted the record to sound, and we immediately agreed that it should be fresh and stripped down, and focus on songs that were new to me and different from what I’m used to, but that I could approach in my own style. I also put in a couple of my own songs that fit the theme of the album, and it just kind of took on a life of its own.  I’m looking forward to people hearing it because it came together very well in my opinion.

What’s your favourite song on the album?

I can’t say I have a favourite because to me they are all special.  We put a lot of thought into track sequence, so I hope people listen to the album as a whole, from beginning to end. The record as a whole is very special to me.

Will you be going on tour to support the album?

I play gigs all the time and I like to play songs people like to hear. I’m playing an acoustic set on Record Store Day with songs off this album, and so maybe some of these songs will show up on the road this year. We’ll see.

More rock and roll. On an acoustic guitar or an electric guitar, ya’ never stop.

You can find out more about Trevor at his website.