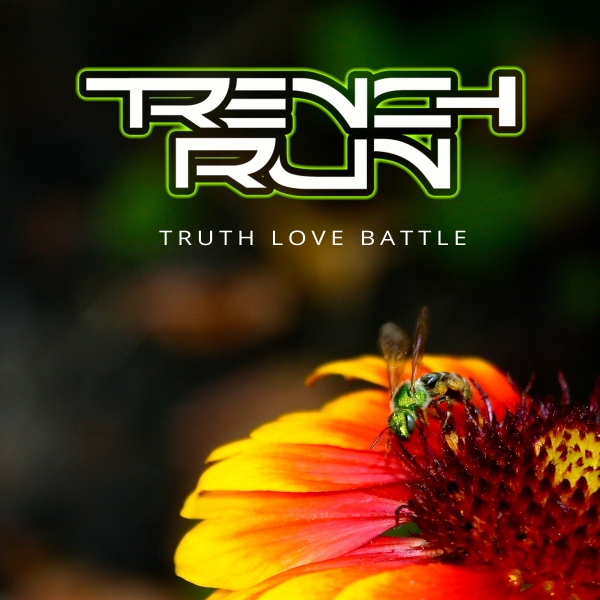 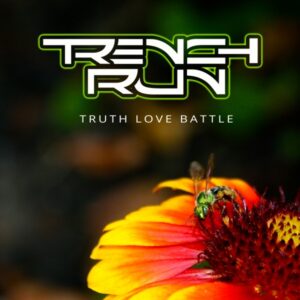 Blending genre and influence Trench Run has produced an album of sensitive tracks, each with the potential to fill the dance floor, but also coming together as an emotional and cohesive record.

How can a one-man synthrock band turn out an album which takes the hand of electronica and turn it into massive tracks with the potential to fill floors? Ask Andrew Hunter, a Toronto-based musician who brought Trench Run into being in 2002.

It is a creative force inspired by sounds as diverse and disco and ’90s industrial rock, all rolled out with the help of electronica too.

Trench Run has become recognised for diverse sounds which stir up the human emotions.

March 2016 has seen the much-anticipated release of the album Truth Love Battle on the Manchester-based label AnalogueTrash. This label is known for its club-worthy yet cutting-edge electronica and Trench Run traverses the tightrope well; bringing great acoustics, rolling rock and even dirty beats into the balance.

Prepare to be captivated by 10 diverse tracks which show a diversity of ability of man’s ability with musical machines – as well as reflecting the mechanisation of modern life and the importance of our basic emotions. It covers a wide scope!

The first track, The War on Solitude opens with an eerie recording, almost clinically cold in mood describing the ‘nervous system’ and ‘senses’; a technique which cleverly makes the listener more aware of how their body responds to sound. For this is intelligent electronica from Trench Run, music which not only provides sound, but cares about the wider experience. In this way, the track reminded me of how Pink Floyd’s iconic track Comfortably Numb approaches the audience with a question: ‘Is there anybody in there?’

Although the genre is different, the progression of The War on Solitude – ‘hey/ is there anybody listening’ ‘is there anyone at all?’ similarly invites the listener further and further into the track as an emotional experience. It is masterfully intense too, returning to snippets of recording and catchy pulses, overlaid with an electronic riff. The lyrics emphasize the emotive power of the track, with the fricative of ‘fight’ ‘flight’ and ‘flame’ not only providing a great phonetic quality, but alluding to the most basic elements in man and nature. This is electro which touches deep; no wonder it’s titled Truth Love Battle – it exposes those most fundamental emotions and sensations.

The experience may be deep, but it isn’t sentimental. This certainly isn’t music focused on what might seem like ‘traditional’ values i.e. ‘truth’ and ‘love’ – it embraces a number of avenues of experience. Take the track God on Cocaine, which combines edgy pulses with powerful guitar. It is this combination of ’80s New Wave inspired electronica with guitar which highlights how Trench Run enjoys defying convention, not limiting the sound to one particular instrument – and seemingly not one state of being either!

God On Cocaine is catchily controversial, with lyrics including ‘Jesus on acid’ equated with a ‘heel on the dancefloor’. All this is within a track which showcases great variations in tempo; from intense bears to chilled-out sections with almost seductive vocals. It certainly is a stretch from Hunter’s earlier efforts in Trench Run such as the 2002 album Atlas of The human Anatomy – as Truth Love Battle is much more energetic and full of attitude.

The Light of Dawn also opens with guitar, followed with distinct keyboard melodies – a welcome showcase of sound. I say welcome because although the instrumental involvement varies between the tracks, Trench Run, in the form of Andrew Hunter, still provides a continuous presence through his distinct, slightly raspy, and certainly emotional vocals. I believe this is an important point in electronica – having a cohesive quality which keeps the album as one (otherwise they remain at the risk as just being treated as a collection of interchangeable floor fillers) – and fortunately, this album comes together as an exploration of our emotion.

Hunter’s vocals often involve intersections which are whispered or slightly hushed, making us strain a little to hear, and therefore pulling us further in; for this is music intended to make us feel. For example, The Light of Dawn is a suitably rousing track; certainly one to plug-into for those early mornings, whilst My Heart Beats Faster is somewhat more moody, showing that Trench Run can spin sound to an array of situations. The track opens with a digeridoo sound and initial acoustic rather than the electric focus of his earlier pieces, and therefore bringing in some welcome variation. Still there though, is that underlying vocal energy which I appreciate, this time toying with two words in particular – ‘faster’ and ‘disappears’ . Perhaps this is in allusion to a modern culture which seems to priorities speed to the point of impermanence – but fortunately Trench Run works against this, by upholding feeling in every track.

A key way Hunter throws us feeling in this album is through voice; one of the most personal sources of sound we can tune into. He utilises voice as another instrument, a technique which offers great variation from the layers of electronics – but sometimes wavers on the edge of being over-used. In the track A Message For My Love, echoes merge with the beats perhaps a little too heavily. But this does not detract from the listening experience of the album over all, as Trench Run shows skill in synching the audience with sound – especially in ensuring the listener doesn’t get bored.

I’ve already mentioned the process of ‘inviting audience in’ and this appears re-visited, but through a variety of forms every time; take the track Where Dreams Never Go, which opens immediately with voice and intensity. Snapped off snare drum sounds are slammed out with cool keyboard harmonies, a further illustration of how an electronic artist still uses classical; instruments (piano, acoustic guitar especially), as part of his repertoire.

This seems greatly appropriate to AnalogueTrash; a label recognised for diverse artists who do not shy from being different. The final track Sleep Now could be considered a climactic example of this, where stricken strings are slowly submerged by the sound of electronic acceleration. It provides the ultimate outgoing crescendo for an album, as aforementioned, which crucially cares about the wider musical experience and audience involvement. Perhaps like God on Cocaine, we certainly go out on a high.

Over the course of the album, the listener is treated to a soundscape of electronica which is catchy but not necessarily conventional – not caring if it dips into another genres, lyrics more typical of emotive indie than club tunes. Instead, care is clear through the emotive power of the album as a whole piece of music appealing to the ups-and-downs of human feeling.

Whether you want the chance to reflect over an area of instrumental, as Skill Kill largely is, or embrace the heat of feeling in Weapons; there is room for the attitudes of everyone. This is eccentric guitar-guided electronica that is sensitive to audience yet slides through the sensitivities of genre. Therefore it’s not just a series of tracks, but time well spent.

For more information on Trench Run you can visit the Facebook page and also AnalogueTrash.  To find out more about Andrew Hunter, visit his website.