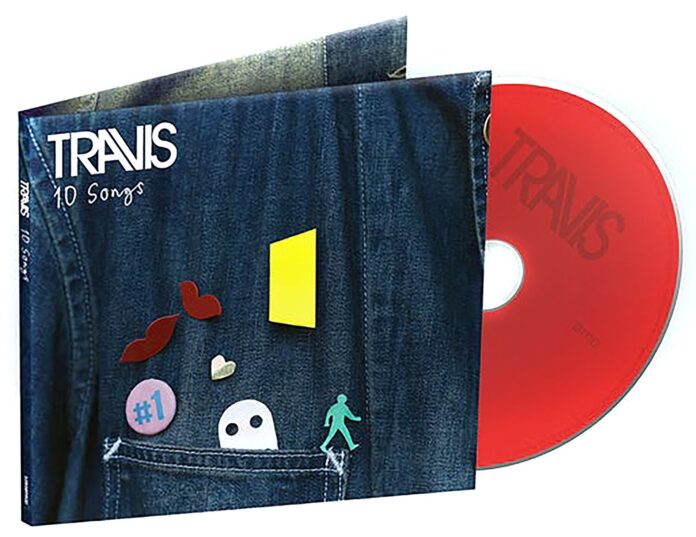 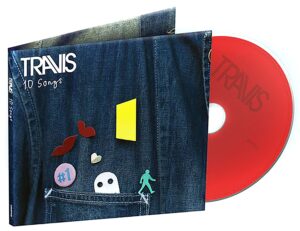 Sean Hornby discusses the return of Travis with their new album 10 Songs for Louder Than War.

It’s a surprise, even to this author that he’d be submitting an article about the Scottish band Travis to Louder Than War. Yet here we are, in 2020, the year that nothing was or is indeed quite what we expected. I’d had a bit of an indifferent relationship with Travis up until the last couple of years. But now I find myself  looking forward to the release of the new album 10 Songs due in October.

Like many others, Travis came into my life pre turn of the century with a song entitled Happy from their debut album Good Feeling. It was and still is a great song, but the album for some reasons passed me by. The lead single Writing to Reach You from their second album The Man Who did catch my attention. A great song, great lyrics and a video that still stands up today.

Well, we all know what happened next. The release of a couple of decent singles including a weather themed song about regret (can’t remember the name of it now though). THAT Glastonbury performance. A MASSIVE selling album. Endorsement from a Mr. N. Gallagher from Burnage and so on and so on. They only went and headlined Glastonbury the following year! New Travis singles were in the early 00’s a newsworthy release and the band went on to be fully embraced into the bosom of the nation’s psyche. And at this point I drifted away from Travis. Was I a bit of a music snob? Possibly. Did I lumpen them in with Coldplay, Starsailor, Embrace* et al? Probably.

I can’t really comment on later albums and material. Yes, I could (and probably should) give them a listen as let’s be honest, pretty much anything is only a click or a thumb swipe away. And I did manage to hear a couple of songs a few years back via Radio 2. I know, I know…. I’m probably sounding like a music snob again insinuating that listening to Radio 2 is NOT a cool thing to do. I generally listen to 6 Music although not as much as my dogs do as I leave the radio on for them whilst I am out. But married to a Glaswegian perhaps it was only a matter of time before Travis would come back into my life.

My wife and I arrived (not sure if I can say ‘rocked up’) at Hull City Hall on the 18th December 2018 to see Travis perform The Man Who supported by Turin Brakes. Yet another band I’d drifted away from. Rick Wakeman’s son was also playing keyboards for the band. An awful audience though, way too much talking and during the quiet songs (have you heard The Man Who? It’s at times Enoesque quiet) you could genuinely hear a long winded conversation about some guy called Barry and his night out at the local Wetherspoons.

However, the band were not just on good form, they sounded excellent. They were at times VERY loud and after playing several other crowd pleasing tracks I was left with a feeling of guilt. Like I’d neglected to see a friend for the best part of two decades, and upon catching up with them again I was reminded about how much I enjoyed their company.

I watched the recent(ish) documentary Almost Fashionable about the bands South American tour and their relationship with the each other, their fans and the media/press. It only reinforced the fact that Travis are not only still a great band but a band that I should have kept in touch with over the years.

So, back to the present day and prior to this feature it may (or indeed it may not) have come to your attention that Travis are due to release their new album this October. It’s obviously the main focus of this article! Social media timelines of late are being populated with adverts for various well-known bands announcing their up and coming albums which are being sold in a variety of formats with album tracks dressed up as ‘singles’ released on a monthly basis. You know the bands in question. It’s a good thing, it’s a, dare I say a necessary evil of sorts. Although it depends on your definition of evil I guess. And Travis are not evil and they’ve been popping up on my timelines on a daily basis.

Now even the most overly polite Travis fan would probably agree that the album title 10 Songs won’t be regarded as the most imaginative of album titles. Nor is it an album title that will conjure up anything more than it’ll do exactly what it says on the tin. But hear lieth the point. Keeping it simple and to the point is sometimes the right thing to do.

The tracks that have been released from 10 Songs so far, namely A Ghost and The Only Thing featuring Susanna Hoff’s from The Bangles are of such a high quality that in parallel universe these songs are BIG hit singles. I’m sure that they’re receiving airplay on Radio 2 (I’ve not checked but I’m making an assumption). Surely 6 Music could have squeezed these musical gems somewhere into their playlists…..

Still, Perhaps the Susanna Hoffs featuring single will be a breakaway hit for Travis in the States, it deserves to be so. Fran still has that clearly recognisable voice, the production is super sharp without sounding clinical. It’s a great song, one of their very best.

Both songs have been accompanied by tremendous videos that show humor and imagination. I’ll say it here, Travis are NOT a dour band! Fran and the rest of the Travis posse are actually very funny. Again, it depends on what you class as funny so let’s lets just use the phrase ‘light hearted’, although I still say funny. Social distancing and record company budgetary constraints has given way to a new level of creativity and imagination.

All being well the 10 Songs tour that’s booked for Spring 2021 will go ahead so fingers crossed everybody (even if you’re not a Travis fan) that live music will be in full swing again. I’m sure Travis will also feature at a number of 2021 music festivals (probably not at the Leeds/Reading Festival where even I struggle to recognise half of the band on the bill these days). I’d highly recommend checking out the two videos for the songs highlighted in this article. I’d say without any embarrassment that they’re both very sweet. And there’s nothing wrong with ‘sweet’, too much bloody misery in the world for my liking at present.

Oh, and Travis, if you get wind of this article just to let you know that I’ve now a half decent Travis vinyl collection (not second hand either so hopefully you’ll have received a couple of quid in royalties).

*Embrace – I also like you too and apologies for being a snob towards you too in the early 00’s but I have made up for it since with attending your gigs and buying merch.

10 songs can be preordered here https://www.travisonline.com/#preorder

All words by Sean Hornby. Sean can be found on Twitter

His Louder Than War archive is here