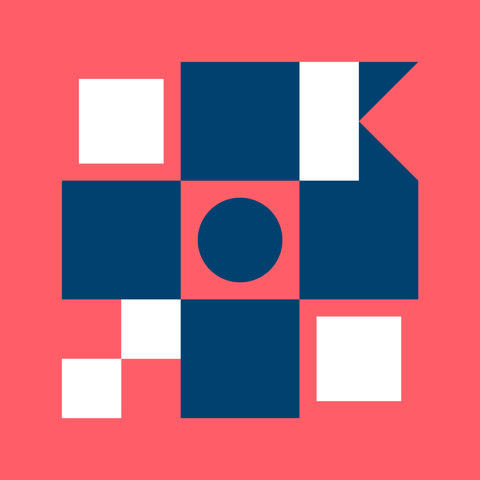 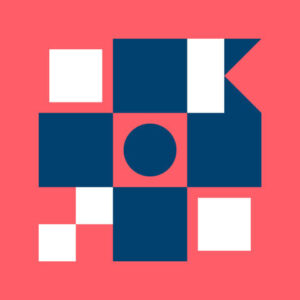 The Travelling Band stay true to their name, to an extent – for what they create is music with movement – mixing the turbulence of life experience, the passing of places, pieces of both past and future, according to Louder Than War’s Emily Oldfield, reviewing their latest album ‘SAILS’. It is foot-tapping sound with a subtle side of darkness and lush layers of instrumentation….

This five-piece are from Manchester, and their music does have a kind of Mancunian uplift to it, as if from the era bordering on Britpop – when bands realised the lure of commercial appeal, but also wanted to maintain their individuality. This is something I believe The Travelling Band manages, setting them out from the so-many ‘middling’ bands attempting to bring together some summer tunes.

The core trio of Adam Gorman, Jo Dudderidge and Nick Vaal have been joined recently by Harry Fausing Smith (sax, violin, clarinet) and Sam Quinn (bass) after the departure of original members Mugger (guitar) and Spenny (bass). Their latest album takes this on as lived experience – with the title SAILS testament to sound which ripples and rolls through emotional high and lows, an aesthetic which is bold – bringing into tow too their times of 2016 touring Europe as Lissie’s backing band and time recording in Pinhole Sound Studio, Manchester.

SAILS, due 25 August on Sideways Saloon Records/Kartel is testament to their individuality, as well as their inventiveness as musicians – though whether it incorporated too much experience to be an enjoyable listen was a question I went into the album wondering about. I was quickly reassured – these are 10 diverse tunes. The opening track ‘Moments Like Switches’ fittingly flickers in through a slightly fuzzy, synth-guided soundscape – like the starting up of some kind of musical machine.

And it’s a machine turning to good use – as gravitas is quickly given as the listener is plunged into confident bass, drums and a circulating sort of piano. Memorable blends of instrumentation and vocals mark out the approach of the band, as the evocative imagery of ‘there’s a full moon balancing on the horizon’ is elaborated on – like a symbol of potential hope – through harmonies in the chorus, and the same rhythms started at the onset still circling underneath.

Indeed, every track provides its own emotional burst – this is a band which is travelling, as if in through the ears and out through the eyes – having you blinking back and feeling their experience. What do I mean by this? It’s very visceral music. ‘Wasted Eyes’ holds grunge undertones with bounces of indie rock which grip you from the onset. As skilful songwriting dwells that ‘I’d love to see the silence behind those twisted eyes’, it’s topped up with harmonies and a jangly, playful guitar, as if the track is an experience being recalled and reassembled in the mind of the listener. Life on the road – re-done.

‘Into the Water’ highlights that The Travelling Band are also capable of bringing well-paced acoustic to the mix, not just electric plunges. This is an enjoyable wash of sound rather than a dunking, and again, lines like ‘I was on the grass/picking up some answers’ add a resonant imagistic quality. The music highlights emotional awareness – these aren’t just ‘empty’ summer tunes – in an evocative way, as the vocals are driven to an articulate howl on the last syllable of ‘drink to those who cannot hear at all’. It reminds me a little of an early Tim Booth and thus very much reflective of Mancunia, in a tune which turns to contemplation with the effective addition of strings and horns.

Skilful instrumentation is a notable feature of The Travelling Band – allowing them to strike not just a range of chords, but a range of tones too. The unusually-titled ‘Mopping Forwards’ shows a flourishing towards humour on the album, with the opening of a ‘security guard’ then ideas of ‘dressed up like a ballerina’. Bizarrely absurd or creatively brilliant? The blossoming of strings and horns turns it into their journey-inspired East Nashville-influenced celebration of life. However, for a story-led track, rather than a concise capturing of events, it edges on the slightly too-long side, with an ethereal-esque fall out at the end which could appear overdone.

Overdoing it, and the sound becoming exhausting rather than enjoyable, is indeed a risk a band takes when putting together a journey-inspired album. For the most part though, The Travelling Band balance it very well indeed. Their track ‘Loser’ shows a dive into dark undertones, already hinted at by the uneasy contrast of ‘Mopping Forwards’.

‘Loser’ itself opens with moody low notes on the piano and dwelling trumpet, along with readily rhymed lyrics which take us to the emotional meat of the matter like ‘I’m on the tip of my toes – drowning but nobody knows’. Tracks with titles as desolate as ‘Loser’ can risk sounding overtly-melodramatic, but this is avoided by the band, thanks to the instrumental blend of strings and guitar though again, the end section of track seems a little too long. Lengthy tracks suggests an invitation for the listener to reflect, though the music indeed already has sufficiently moving and lyrical quality to invite the listener in, without the overt elaboration.

‘Music’s ability to inspire and animate’

In effective contrast to ‘Loser’, ‘Unlike You’ follows with a change in rhythm to a very tactile timbre – hand claps and rousing folk-tinged rhythms which will have your foot travelling to thump the floor almost instantly; very catchy indeed. Again, it is a story in a song – something The Travelling Band seem to specialise in – starting with the personal of ‘when I first hit the age of three’. Then the track flourishes into a trill of ‘and I ran’ repeated over which turns into the present-tense ‘run’ later in the track, telling of music’s ability to inspire and animate. This is a rolling, rollocking summer tune, topped off with tales of American summer travels. Greatly enjoyable.

But we’re not left bathing in the absolute bliss for long, so to speak. ‘Last Night (I Dreamt of Killing You)’ leads us back into darkness, as the track starts in one ear before a buzz of sax and the beginning of another story, starting with ‘I was done with life’. It’s an engrossingly unnerving track, inspired by Jo Dudderidge’s girlfriend dreaming that he murdered her.

Moving through indeed through dream-like scenes, the slowly growing progression of instruments slip and soar to complement the undulations of vocals. Later on in the track there’s an interlude, almost like a soliloquy – ‘you bought a two way ticket to a certain kind of love’ – before a plunge back into guitar-guided chorus beginning ‘last night I dreamt of killing you’ closing with ‘it’s so easy to love you’. On the last round of chorus we are instead given ‘it’s so easy to kill you’, which has served over the track’s stand-out rhythms and sax, exposing the proximity between loving and killing. Catchily chilling, I must say.

Water also seems to be a key theme seeping through the album – as indeed, it is itself an instrument of travel and capable of exposing new angles to subjects, as well as new depths. In contrast to the earlier, upbeat burst of ‘Into The Water’, the track ‘Out of the Water’ goes much deeper with low harmonies, dwelling strings and a semi-ticking rhythm. There’s something turbulently choral about it – hauntingly human, mixing a spiralling blend until the voice and volume of instrument becomes disturbing. I’d say this is more of an intersection than a stand-alone track, yet it is distinct and effective.

The effectiveness of ‘Out of the Water’ is clarified by the following track ‘Failure is a Bastard’ which would again be at the risk of seeming overtly melodramatic, if it hadn’t been set-up by the instrumental strength of the song before. It begins ‘woke up this morning and sung every blue song to death’ – a possible hint to the band’s own hardships and musical turbulence, having endured departing members and personal change in the last 18 months.

‘Powerfully provocative with its own rhythm…’

The imagery of the lyrics is again a lasting feature a ‘demon proud father in tow’ powerfully provocative with its own rhythm, though I feel that this track, giving its stinging subject matter, is perhaps not as powerful as it could have been.

I would say that this is an album stronger and more varied in its first half, though ‘Leftover Lines’ seems to close the tracklisting in a very satisfying manner. The inclusion of more upbeat, though still reflective guitar works in its favour whilst expansive, emotive lyrics like ‘cross our paths with tripwire if we carry on this way’ flow quickly. The line ‘looking for some breath to fill your sails’ seems timely, a stand-out image of human being as a boat, the ultimate instrument of travel – exploring the inspiration behind the namesake of The Travelling Band and testament to their harmonic, heartfelt sound – creative at each jolt and jangle.

One to wander in, ponder through and wonder over. Recommended.