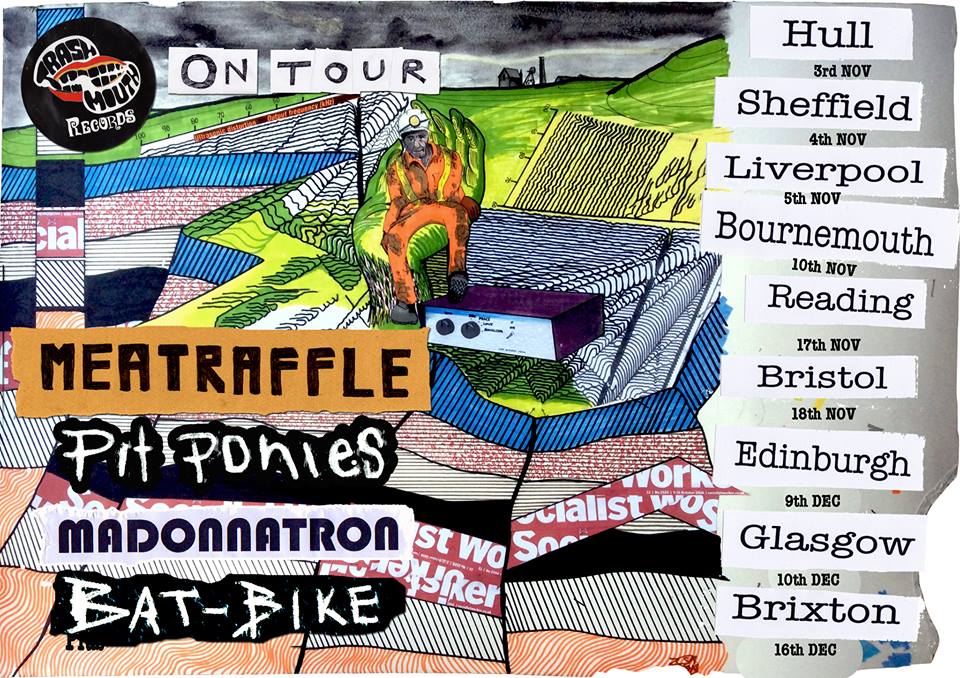 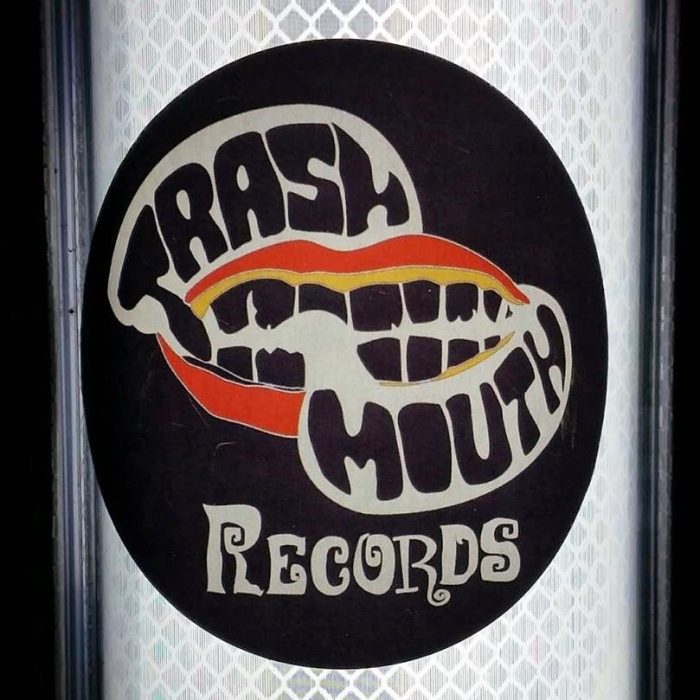 The Trashmouth on Tour gig at The Shipping Forecast gave out-of-towners an opportunity to see bands who mostly play in London. Those of us unable to get to venues like The Windmill in Brixton usually miss out on the South East London scene. There was a definite expectation from the crowd and the evening did not disappoint.

The evening started with an excellent set from Deeside noise merchants Chupa Cabra. Their brisk punk-based sound was confrontational enough to stir things up. Exciting rhythm changes and some interesting lyrics featured in a set that smouldered slightly for the first few songs then exploded into life with tracks such as ‘My Girl’, ‘Human Error’ and the current single ‘Mouths To Feed’. The band, who release tracks through Blak Hand Records, became honorary Trashmouthites for the night and received a warm welcome from the other bands.

Madonnatron play some fine, moody music, starting with the echoing rhythm and blues of ‘Bad Woman’. There was an other-worldliness to the music at times, but the meaty punk rock beats and strong guitars from Stefania F. Cardenas never let it slip too far. The mix of female vocals pushed the boundaries further, although Melary Melary’s distinctive vocals sometimes got a little lost. The set included ‘Tron’, ‘Situations’ and ‘Headless Children’. The electric set finished on recent single ‘Sang Neuf’, a fitting finale which saw Melary Melary dancing with the audience. Another Trashmouth on Tour winner.

Following their set at Liverpool Sound City, Pit Ponies made a welcome return to the city. With Angus Knight of No Friendz deputising on bass the boys lost no time bringing their amazing brand of Upminster Soul to the crowd. The set was very well received, mainly featuring tracks from the album ‘Magnificent Second Occupation’. ‘Welcome to the Unhappy Bit’ and the wonderful ‘Furies’ were highlights, with the crowd absolutely loving the vibe. Former keyboard player Chris OC joined the band on stage adding extra punch to backing vocals before his set as keyboard player with Meatraffle. Finishing on the anthem ‘Chasing Skirt’ this was another quality set from an outstanding band Liverpool has obviously taken to it’s heart.

Meatraffle were harder to categorise, but that was no bad thing. There were jazz elements, but their sound could best be described as experimental. The set began with ‘Oppenheimer’. The track has a slowly building crescendo of sound before the rapidly repeated chorus, then the music begins to build again. There is sometimes a suitable air of menace to Meatraffle’s sound, especially on songs like ‘Wicker Man’ but the mood was not at all bleak. When bass player Cloudy Truffles took the vocals over for ‘Bird Song’ and during the amazing ‘The Horseshoe’ the crowd went wild dancing. ‘Nice Young Couple’ saw a mosh pit form in front of the stage and things got a little crazy. Quite something for a band with a jazz-based sound. The whole set was genius.

The Liverpool Trashmouth on Tour gig was the third of the tour. Those in the South and in Scotland still have the chance to catch at least some of the acts at the Liverpool gig. Scottish fans also get the added bonus of BAT BIKE in Glasgow and Edinburgh. If you can catch this, you should. Musical unruliness of the highest order.