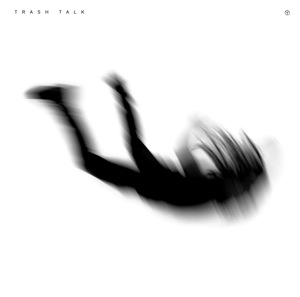 The riot inducing, Odd Future signed hardcore band that are Trash Talk are back to assault ears all over the world again. After the triumph of 119, Trash Talk are back and they have come out fighting. Lee Hammond is absolutely blown away by No Peace.

The brilliant Trash Talk are back with a new album and I can’t help but rejoice at the return of one of my favourite hardcore bands. With the follow up to the awesome 119, its hard to believe the band have the time to record an album with their relentless tour schedule. Having experienced the mayhem of the Trash Talk live show, these guys are brutal and it was arguably one of the scariest shows I’ve ever been to.

The first thing to hit me about this album is the production, for what is essentially a hardcore album in the most part. Hardcore bands are not renowned for their perfect production, but with the input of a hip hop producer in Alchemist and guest spots from Wiki and King Krule. On paper this album already looks to be something that’s a tad different to your average hardcore album.

With only one track lasting longer than three minutes, its short sharp bursts of hardcore brilliance throughout. Body Stuffer is an intense burst of power the simple lyrics being chanted throughout the track “and on to the next one” show the bands seriously sinister side.

Trash Talk have truly managed to channel their live intensity and distill it down onto No Peace in awesome fashion. Every track is filled with this brilliant excitement and riot inducing intensity. It’s an album which will have to be experienced live to get all the great nuances that it inevitably possesses.

Similarly from a personal point of view hardcore albums often need to be heard live to show their full potential. However, Trash Talk seem to have managed something truly special a hardcore album that stands up as a piece of music as they have truly channelled the spirit and excitement of their riot inducing live performances.

There are some mellower moments on the album Prometheus is a particular exponent of this. Slightly off the pace of the rest of the album but allows the band to really show off a little more arguably one of my favourite tracks on the album. Along with Just a Taste again slightly slower but maintains that Trash Talk intensity. Despite Just a Tastes, slightly bizarre subject matter of moving furniture and chicken.

This album is a true triumph for Trash Talk their ability to capture the dirt, sweat, spit and guile of their live experience. Distilling that into this awesome collection of tracks, is nothing short of immense. The last third of the record was Trash Talk at there absolute best, they save Stackin Skins to the very end and this hardcore rap track which features King Krule and Wiki finishes off this album perfectly.

Nothing more can be said other than this album is quite simply one of the best of its kind at the moment.

All words by Lee Hammond, whose Louder Than War archive can be found here