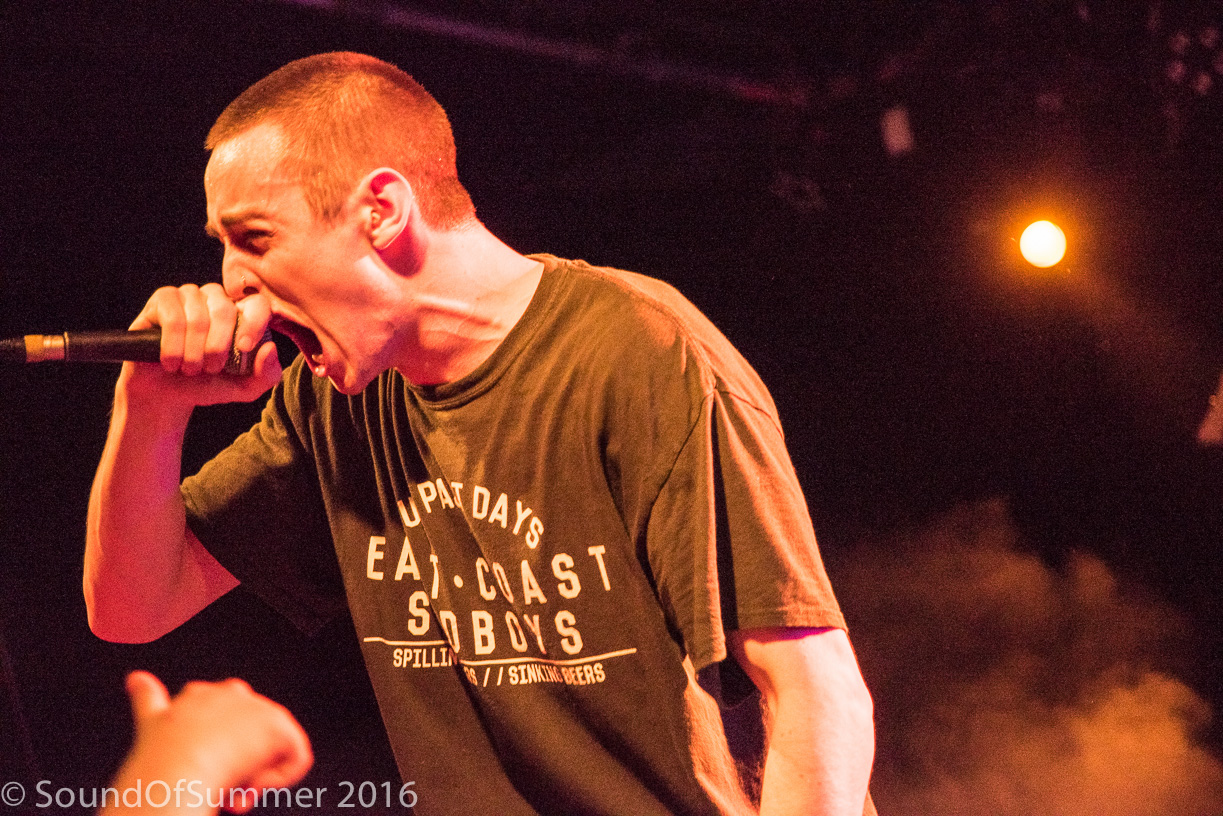 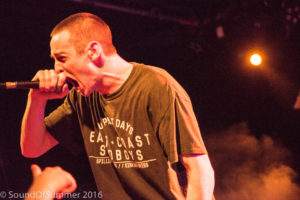 Southampton venue The Joiners played host to pop-punk outfit Trash Boat on the first night of a UK tour.  Alan Ewart went along to check them out.

I have something of a love – hate relationship with Southampton’s Joiner’s.  It is something of an iconic venue, has live music every night and has been supporting live music in Southampton for close to 50-years.  There is no question that just about everyone who is anyone has played there on their way up.  The Joiners is also dark, dingy and almost unbearably hot.  The lighting sucks and there is no photography pit.  The thing is the sound is epic, the crowd young and enthusiastic and every time you leave you go away thinking “what a brilliant night.”

On Wednesday I went along to check out Trash Boat, a UK pop-punk outfit who recently signed to Hopeless Records and released their debut album, Nothing I Write You.  It seems that each time you visit the Joiners you get to hear at least three bands.  On this occasion the Joiners went one better and provided four.  The Joiners should be applauded for their policy of having a local band opening the evenings proceedings.  On Wednesday that honour went to Brighton pop-punk outfit Muskets.   The band rocked through their short set which consisted of just six songs all of which got the Joiners crowd thoroughly warmed up.  Muskets may still be finding their feet but they show bags of promise and it is very likely that we will be hearing more from these boys. 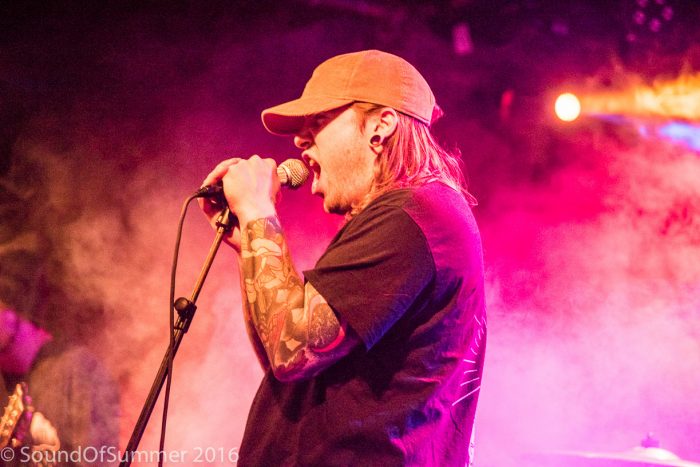 Next up was WeatherState who are playing the entire tour.  The punk outfit from Bristol hit the stage running and whilst it was the first time I had seen these boys I certainly hope it won’t be the last.  I felt there was a touch of the Ramones about these guys, and they had me engrossed.  They are tight and the thumping rhythms had the room bouncing.  It is brilliant to see a group of young guys really hitting that punk vibe and having a great time onstage.  It was sad to see their short set come to an end after just six songs.

The main support for the evening was Liverpool based pop-punk outfit Wstr.  Make no mistake these guys are the real deal.  From opening track “Graveyard Shift” through to the close they tore the place up, the crowd went nuts as they bounced and sang throughout the short set.  These boys have it all, they are brash, loud and full of punk rock energy.  Wstr have kicked up to another gear since I saw them support Neck Deep just a few months ago.  If there is any justice in the world Wstr are going to be huge. 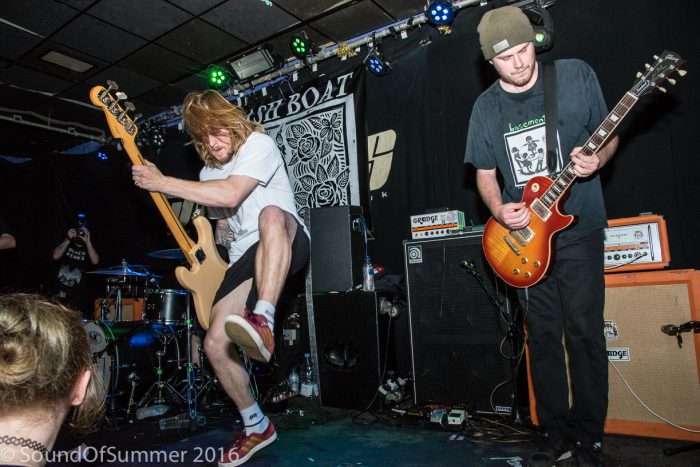 I must confess I didn’t know a huge amount about Trash Boat.  The five piece from St Albans were simply outstanding.  They ploughed through their set with aplomb as they played the bulk of their debut release.  Unlike me the now packed room knew every word of every Trash Boat song and they stage dived, crowd surfed and  bounced through the set.  There seems little doubt that Trash Boat are on their way up.  They have a steadily building fan base and they are now surely on their way to bigger and better venues.  I was a little disappointed that Trash Boat only played for 40 minutes, the approximate length of their album.  Trash Boat are an excellent band, their music gets you moving, it is impressive and impactive but I long for the days when a night at a gig meant one support and 90-minute to 2 hour slot for the headliners.

I would happily have listened to Trash Boat for 90-minutes or longer.  My comments are not meant as a criticism of Trash Boat, I have no complaint about the quality of entertainment on show.  All the bands were excellent and seeing four quality bands over one evening is a treat, you can’t have it both ways.  Of course Trash Boat and all of the other bands on show are still learning their craft.  They are building a catalogue of songs and a fanbase.  They are well on their way to successful careers.