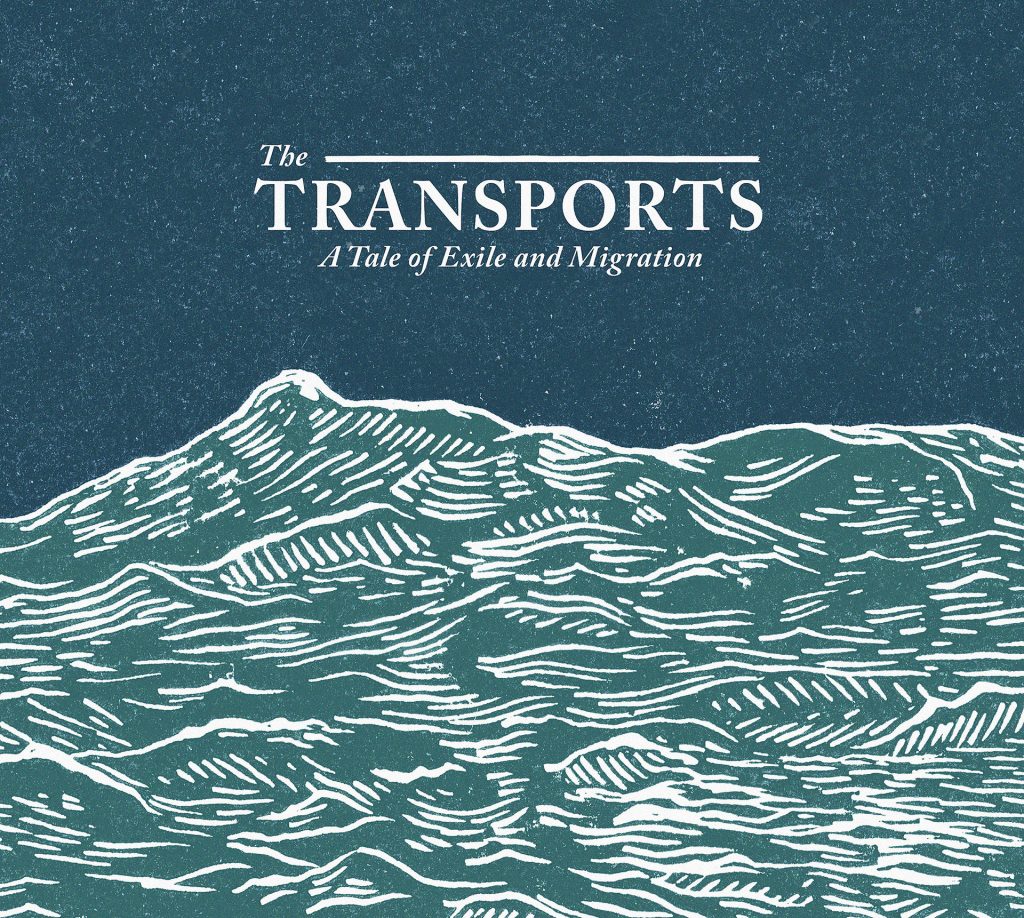 A Tale Of Exile & Migration

Early 2017 saw  the latest revival of  Peter Bellamy’s famous folk opera with  a splendid cast of current folk music icons. The universally acclaimed production, not a bottom remaining seated as standing ovations became the norm ,  now gets the recorded treatment to add to the legacy.

The Young’uns, Faustus, Greg Russell, Rachel McShane and Nancy Kerr accompanied by the narrative links of Matthew Crampton set  new standards on that tour. Along with  Michael Hughes’ vision and the musical items expertly arranged by Paul Sartin, it was the between songs Crampton narratives that provided links and context to hold the story together,  yet the acid test arrives in how to translate that sublime show to a record without  the simple yet striking visuals.

True to form, producer Andy Bell has coaxed out a document worthy of both Bellamy and the Sartin inspired re-imagination. At the core once again is Matthew Crampton and his narrations such  that the legendary folk ballads flow via in both story and song.  “What a story we have for you” he announces. The key phrase that well and truly launches the piece.

You can watch a short documentary about the album here:

While the narrative provides the links and moves the story, each musician plays their part in their own highly distinctive way. Not that there’s in any way anything amateurish about The Transports, but like the old school play, each steps forward to take their character’s moment in the spotlight before returning to join the chorus. Possibly the best example  highlights a potential showstopping performance from David Eagle, perfectly cast in his cameo  – a Young ‘un playing a wrong ‘un, Abe Carman (you may find him alarmin’) – that could have been written for him.

Amidst the lighter moments – include, if you will, The Ballad Of Norwich Gaol that introduces the ‘humane turnkey’ and try not to read (or indeed hear it) as “the turkey rings his bell” – there are moments of sensitivity and reflection, particularly in the developing relationship between Sean Cooney and Rachael McShane who take on the central roles of Henry Kable and Susannah Holmes.

There’s the addition of Sean Cooney’s Dark Water to the original running order. A song that appeared in their 2017 production and subsequently on the Young’uns excellent Strangers album (reviewed here) is perfectly in keeping  with the theme of migration. It appears mid cycle as was the case with its position to open the second half of the show. It may possibly have been better placed as an epilogue to provide a link between the eighteenth century tale of the Transports and the current climate rather than in the centre of the Bellamy narrative.

Quibbles aside, the whole piece is buoyed musically by the Saul Rose / Benji Kirkpatrick / Paul Sartin trio giving the musical items a strong feel for what they do as Faustus  plus Nancy Kerr’s elegant fiddle adding the occasional extra dimension, most effectively in The Plymouth Mail. For the mournful and melancholic moments, the former members of Bellowhead’s Team Strings, Rachael McShane and Rachael McShane Paul Sartin’s call in with their cello and oboe.

The cast come together to similar effect, providing moments of rich ensemble work; And Adieu To Old England achieves the desired sombre and desolate effect with just unaccompanied voices as they leave the shores of their country for the last time, yet there’s  a sense of hope in the comradeship. In particular the triumphant close of Roll Down led by Saul Rose is a swelling and stirring shanty that signs off the piece with a sense of optimism and unity.

Taking on topics of love and exile which have always been relevant, no more so than in the current world climate, the current Transports have done the legacy proud and added another dimension to a tale that,  we likely  haven’t seen the last of.

A taste of The Transports live show from the 2017 Shrewsbury Folk Festival:

More about The Transports can be found  at : https://www.thetransportsproduction.co.uk/