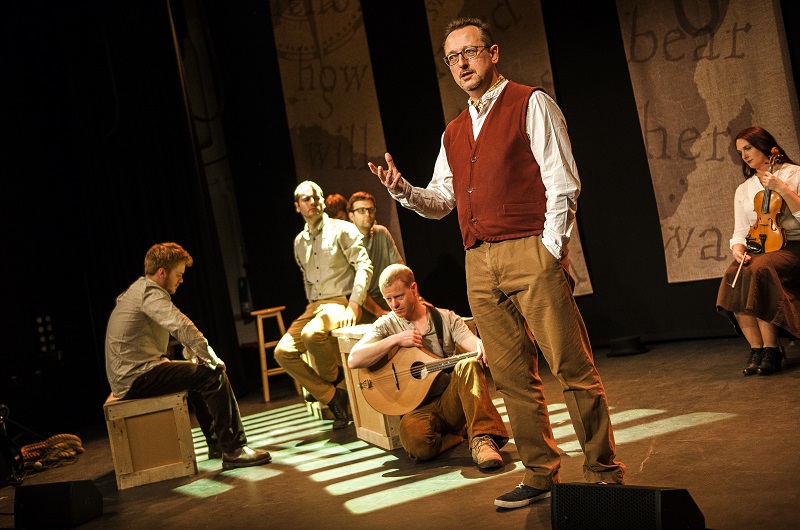 The Transports ballad opera or folk opera  has made sporadic appearances in forms over the years, earning its own mythical status. What many regarded as Bellamy’s  ‘Sgt Pepper’, albeit it a decade on from the Summer of Love, performed by a stellar cast of folk legends  set a standard; lay down a set of markers which defined the performance.  Like many remakes of classic films, new interpretations often fall short – only that same day on the way to the gig, wandering through Bury’s Millgate Centre, was spotted the DVD remake of ‘The Magnificent Seven’. The ghost  of Peter Kay hovered nearby…Magnificent Seven? Remake?…

Could a new breed really do justice to  the original album and shows of forty years ago and to coin a modern term,  re-imagine the story effectively?  Backed by funding from Arts Council England and Shrewsbury Folk Festival, they seem to be making a good fist of it. Dispatches from the front see the show already claiming a five star review from The Guardian, plenty of excited social media acclaim on the early outings of the short tour and features on   Radio 2 and 4. Expectation and anticipation was high. A sold out Met, getting used to its fresh coat of paint and roomier appearance from a multi million pound refurb,  was ready. 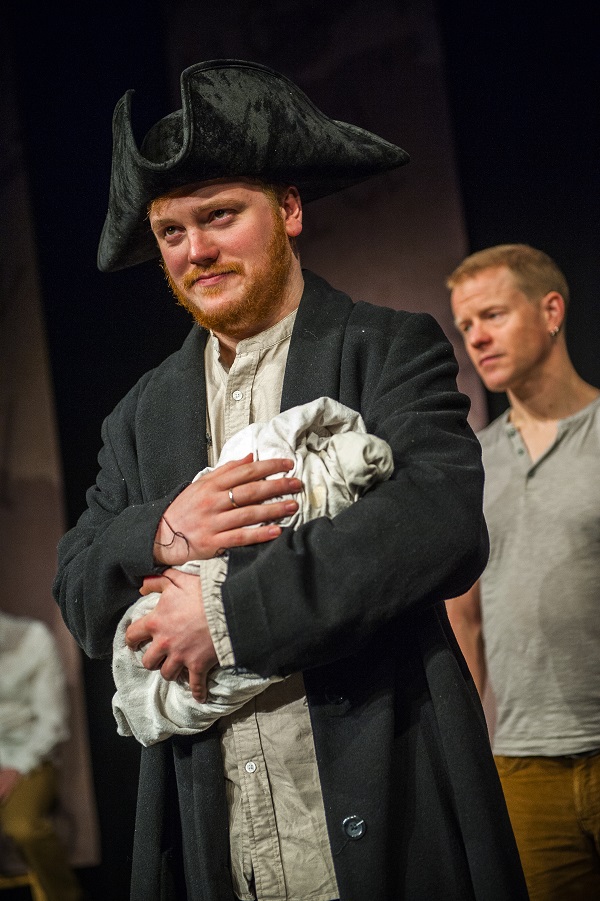 A new ‘Magnificent Seven plus three’ – the ten musicians  (not counting the behind the scenes sound and light duo of Emma Thompson and Andy Bell) have come  together, each capable of making a worthy  individual impact. With Folk Awards aplenty, the CV of the new cast is impressive. Producer Michael Hughes bringing in the strength of the vocal prowess of his Young ‘Uns trio. Ther’’s the Faustus musical package taking direction from Paul Sartin. Greg Russell takes on the role of both comic and hero cameo parts; Nancy Kerr adds the icing with her trademark sprinklings of elegance and  the show sees Rachel McShane stepping up to the plate alongside Sean Cooney, as the pair of main character players portraying the roles of Henry Cabell and Susannah Holmes. No question about this being anything other than a modern day assemblage  equal to the iconic original cast.

And then there’s the  substantial role of narrator Matthew Crampton. Providing a gripping narration, he ties the whole thing together as the musicians act as stagehands, shifting props and  delivering  the soundtrack alongside  playing out the roles of the characters from the narrative.  It’s the impact of Crampton’s narrative that makes the production noteworthy. In his opening gambit of “What a story we have for you,”  he may not have been  hedging his bets, but providing  something of an understatement.  He talks of  “a tale of a family destroyed and a family built” – it oversimplifies the case somewhat  – it’s been said before, mainly by Shrek, but the show is like an onion; so many layers. Yes it’s a story of exile and migration but with the added twist of the unfolding love story of Henry and Susannah and the characters around them who play their parts, plus their aspirations, hopes and unwillingness to accept their lot. 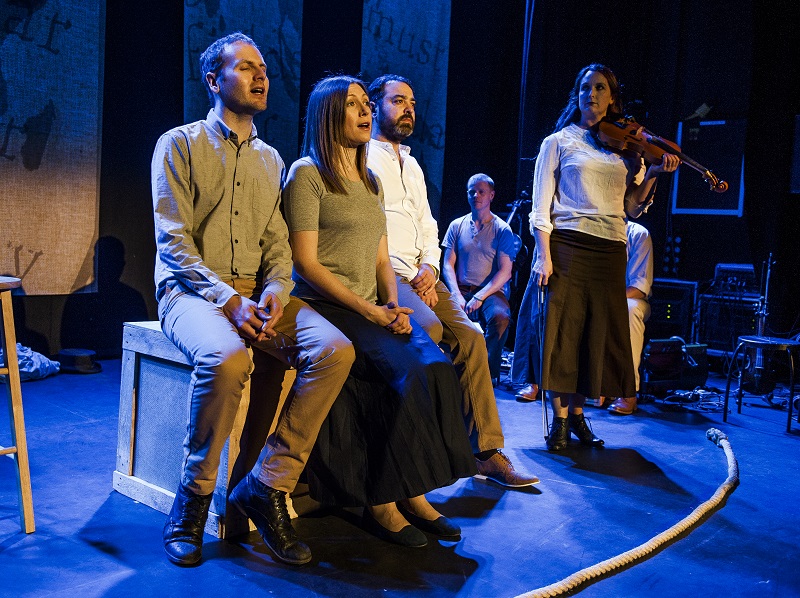 A clear showcasing of some  set piece numbers starts to emerge as the story unfolds. David Eagle’s Abe Carmann delivers  ‘The Robbers Song’ with his hallmark wit before falling foul of the hangman’s noose was an early highlight, although he did get  an amusing piggyback in a different role later on in the show…   Greg Russell’s turnkey, John Simpson,  plays a brief but telling plot changing role as Henry’s new family is divided and then reunited as Susannah is set for transportation. Rip roaring songs sit alongside the sensitive and touching; the ‘Plymouth Mail’ romps towards London to save the day while the Norwich Jail scenes, precisely lit by casting the shadows of the bars, get played out in an intimate scene of dejection and anguish.  Naturally, lurking in the shadows is the spectre of transportation. The thought of a seemingly impossible journey, crossing the world to a place that one ship has ever been to, once.  The immensity of the impending journey is brought home by the Crampton narration; the transportees likened to guinea pigs, sent to colonise some distant galaxy. The famous line “like going to the moon, but at least you can see the moon”  burnt into the consciousness.

Acknowledging the Parallel Lives  project, the second half starts with The Young ‘Uns  ‘Dark Water’, an emotive modern day account of migrancy, together with bespoke stories from each town on the tour which draws links to local communities and acts as a reminder that the migration issue is highly relevant.  The signs of closed borders,  changes and new attitudes in governments sadly not a thing of the past. Yet back to the story, ultimately it’s a happy ending – at least for our heroes Henry and Susannah, both destined to make their mark in the new land.  Marked by a rousing sing-along with Saul Rose leading a buoyant  ‘Roll Down’  which  delivered, in spades,  the spirit and message of hope and ambition.

Yes, markers have been set by The Transports as a milestone folk opera, but the modern days troubadours not only hit their marks but went beyond with an innovative and meticulously executed remake. A West End version would surely be set to run and run. The Transports 2017 is simply a landmark performance.

More about The Transports can be found  at : https://www.thetransportsproduction.co.uk/

The Parallel Lives project is also online via The Transports website at : https://www.thetransportsproduction.co.uk/parallel-lives/

All words and live photography  by Mike Ainscoe. You can find more of Mike’s writing on Louder Than War at his author’s archive and his website is at   www.michaelainscoephotography.co.uk