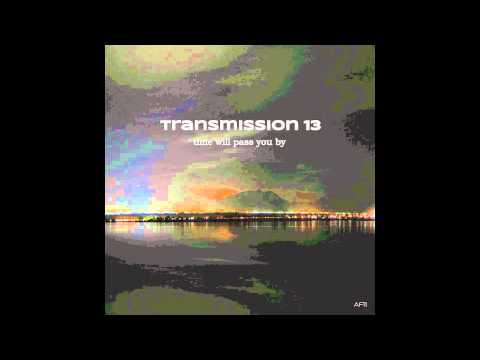 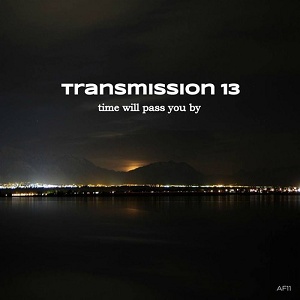 A fourth album in four years for Transmission 13 and the brainchild behind the project, Maurice Doogan has only gone and done it again. Time Will Pass You By, the first album for a ‘real’ label comprises of ten tracks mixed as one to create a joyous episode of high-tech clinical ambience that will both impress and delight.

For the first time, there are collaborations – Ullapul, Antonia de Braga, Placement – and with openers Data Funk and Tangled And Wild Ivan Black assists to make T13’s already wondrous tracks even more intriguing.

Imagine sitting in an empty boat, gliding over still waters through a darkened cave with only a candle light for vision as droplets of water fall from stalactites into the crystal waters around you. Imagine floating up above the fields, the continents, the World and drifting amongst the cold shimmering stars. Transmission 13 will take you there. Even an appearance by an echoing bagpipe fits in beautifully.

There are succinct sound bytes lovingly inserted throughout too. Philosophy and time travel and even a discussion on punk rock in Punk Wreck, Fans Riot featuring one John Peel talking the simple sense that the great man used to. A reference to ‘punk clergy’ is marvellous.

Where Doogan succeeds in the often criticised world of Ambient is in his rather unique ability take the simple of sounds and ideas and re-assemble in sumptuous layers and patterns to create a sound which is fastly becoming his own. The rising bass tone of The Stars Shine Through The Darkness (with Matt Barlow) threatens to explode but manages to maintain a dignified decorum that he only seems to be able to achieve.

After each album, it’s difficult to see where the sound can go next and how it can better itself, but it appears that Transmission 13 is in safe hands and we can now relish next year’s album number 5 with confidence.