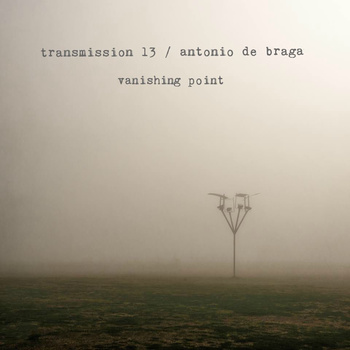 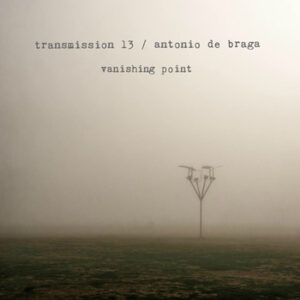 At Louder Than War we’ve quite become fans of Transmission 13 (aka Maurice Doogan). From his Manchester base he has turned out some fascinating pieces of ambient/drone which have always hit the mark. Always moving on to the next project brimming full of ideas and creating something better than before.

T13 now team up with Quebec based veteran drummer Antonio de Braga, an artist with a varied background of jazz, rock and electronica and influences firmly based in the likes of Genesis, Yes and Pink Floyd. On paper it’s a strange sounding collaboration, on listening it’s a marriage that just simply works and often brings a more solid krautrock feel to proceedings.

From the opening of Fiction with its simple guitar and percussion it’s plain to see that the two artists have an understanding. With a Chemical Brothers feel they breeze through the track leaving you wanting more. Simple melodies and hooks combine, the gentle feel of T13s earlier work is intact but it seems to beckon the upward beats of Antonio with relish.

The recent pre-cursor to the album, Jackson Pollock is slightly different affair. Soundbytes of the painter’s voice play alongside drums which crash and steam along. There’s a feeling of restrained power and similarities can be made to Nine Inch Nails and Rammstein on occasion as the music flows like the artists paint itself.

The title track begins with a beat akin to Blue Monday before turning into a black-rock churning of guitars and percussion interspersed with gentle synth interludes.

There are more subtle tracks like In Orbit which admires the Earth in all its glory from above, and On The Wire (could this be a tribute to the Radio Lancashire show?) which again shimmies along with ease and calm.

The Memory Fades has a funky feel and Two Point Perspective, with its dictation of the construction of cuboid and perspective is enthralling. Closing with Silent Electrical Storm, an often climbing track with obvious additions of thunder claps against screeching guitars, the partnership of T13 and de Braga rolls to an end.

It’s an often fascinating album showing that two artists of quite different backgrounds can combine easily and gel together, and one in which both can be very proud of the results.