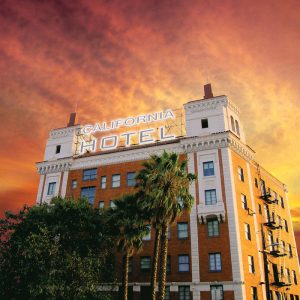 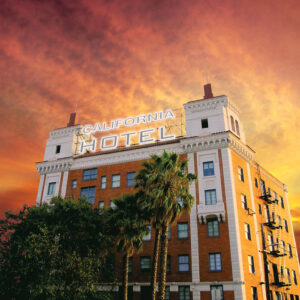 US electro-rockers Trans AM return with new album. Jay Stansfield of All Hail Hyena reviews.

Talk about an opener! Straight in, no lubrication, no kissing, just an instantly pounding, distorted, vocoderised punk tune. Filled with a bit of My Bloody Valentine, just a pinch, and flying forwards in a cacophony of intense electric guitars and synths I Hear Fake Voices is a totally amazing synth-prog tune with massive production and Trans Am are on form already. Entering into Staying Power we have a dirty bass awash with chorus, harmonised distorted guitars and a roomy and great sounding drum kit. It’s like all the great alternative underground music has come rushing back with a bang and it’s fantastically timeless, pushes convention and keeps you listening.

Ship Of The Imagination has such a tasty synth opening it up and the drums are so lush they really drive it along. Hypnotic bass, sexy riffs and an early-Genesis meets The Ex thrusts it into the stratosphere and when it drops you could almost shit yourself. It turns into Doctor Who meets Steve Reich at one point. Crazy music with no boundaries…the best kind. ‘Alles Verboten’ could almost be what Big Black might have sounded like if they’d been led by Earth-destroying robots from a post-apocalyptic future of industrial destruction. Its gritty, raw, prog-disco-punk hyphenated Ozric Tentacles madness is almost too much to handle so it’s a nice escape into California Hotel. To be honest escaping into the California Hotel would be like walking into a scene from some surreal David Lynch movie with all the vintage synthesizers, swirling pads and electronic drum machines. It’s a mellow, slightly creepy ethereal trip and let’s you float away for a bit.

I Want 2B Ignored is like music for androids. Sad, lonely androids. Androids who want to cut their wires and let themselves short circuit in the pulsing tones of melancholy sweetness. Melodic vocoder vocals repeat over the top of droning synths that build and build into normal human vocals and end up fading away in a sea of reverb. Gorgeous. Then Expansions arrives and it’s like some bizarre version of I’m Not In Love by 10CC but playing as you’re having some kind of sleep paralysis with demons arriving at the bottom of your bed. It’s a short one and a half minute interlude before Rules Of Engagement finishes the album in a sultry, synth fuelled ’90’s vibe. It has a massively authentic sound and wouldn’t go amiss on the soundtrack to Stranger Things with it’s deep groove and almost Eastern scales. It’s quite sad when it all ends to be honest so starting it from the beginning again is highly recommended. Play, listen, repeat. What an album. Welcome back Trans Am.