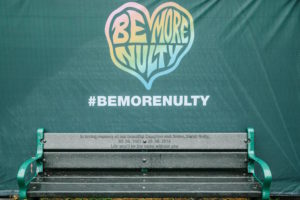 Sheffield’s biggest party, Tramlines Festival, is returning to Hillsborough Park this year and bringing with it the biggest and best line-up of acts yet. As he did last year, Jared Musson will be covering the event and reporting back on his journey across the weekend, all whilst praying for sunshine.

Tramlines Festival just can’t seem to stop growing. Each year it delivers a superior line-up to the last and boasts a record attendance. With four stages of music that promise to cover a wide range of genres, a comedy tent, and an outdoor cinema, there’s nowhere else to be for the people of Sheffield this summer.

This twelfth addition of the festival packs with it an impressive and extensive line-up, with a variety of acts ranging from huge headliners such as Madness and Ian Brown, to newer bands like The Magic Gang. A vast majority of the action will be taking place once again on Sarah Nulty’s Main Stage, where attendees will be able to watch Catfish and the Bottlemen, The Kooks, and La Roux. But, the special thing about Tramlines Festival is that there’s a great time to be had wherever you end up across the weekend.

If indie music’s your thing, there’s really no festival that can compare to the newly announced line-up of Tramlines 2020. With darlings of the indie scene aplenty such as Kooks, The Fratellis, The Pigeon Detectives, and Twisted Wheel, you’re guaranteed to see some of the UK’s finest across the weekend.

Other additions to look out for are DMA’s who have released two very impressive albums in their short career so far, Pale Waves who played a superb gig at the festival last year, and La Roux, an artist that is sure to offer something refreshing and unique when she takes to the stage. 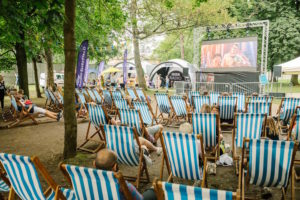 The headline acts are where the festival has really hit the nail on the head this year. The three chosen performers offer the perfect mix of music that has something for everyone. Madness, much in the same vein of last year’s Nile Rogers and Chic performance, will give the festival one last hurrah and bring the party to an emphatic close this year on Sunday evening. The legendary Stone Roses frontman, Ian Brown, will play host to an ocean of bucket hat wearing-fans with his first appearance at Tramlines, and Catfish And The Bottlemen will fit nicely in-between the two, with their more modern, edgy, indie approach.

Tickets are still on sale now to the 30,000 capacity event across the weekend but are close to reaching the expected sell out state. If you’re limited on time, for the first time in the festival’s history you can buy day tickets as well, which are on sale now.

With an enormous crowd eager to be pleased, the terrific line-up of famous acts, and hopefully some rays of sun so we aren’t all flooding to the ‘free poncho’ stand again, Tramlines Festival might just deliver on its promise of being the biggest party in Sheffield this year.

All words by Jared Musson, find him on Twitter.
All photos provided by Tramlines Festival.