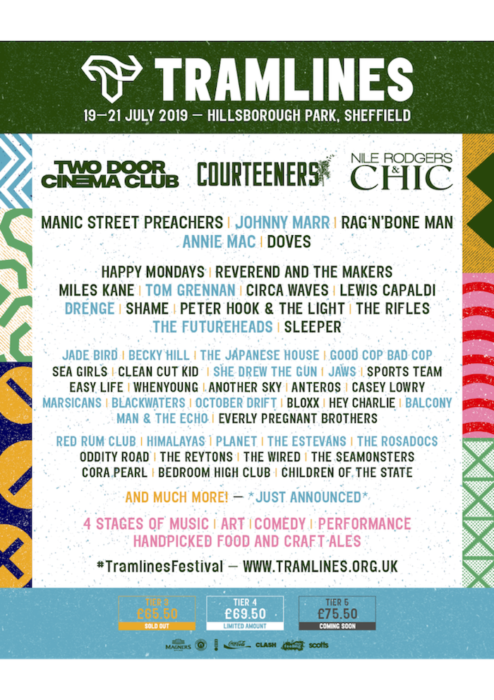 For the second year in a row Tramlines Festival will be held at a single location, in Sheffield, Hillsborough Park. It looks set to be a weekend filled with fantastic music, a party atmosphere and hopefully rays of British sunshine. Jared Musson previews the event that takes place July 19th, 20th and 21st.

Tramlines Festival is an event that continuously grows, in both the terms of it’s popularity and in the magnitude of it’s line-up, year after year. This year marks the 11th anniversary of the festival and promises to be the biggest yet. The four stages of music are obviously the biggest draw to fans, but beyond that there’s an outdoor cinema and a vast comedy line-up.

In 2019, more than 30, 000 people are expected to flood to Hillsborough Park to watch some of the biggest musical acts the world has to offer. This includes the likes of the previously announced headliners, Two Door Cinema Club, Courteeners and Nile Rodgers & Chic. Tramlines Festival had very impressively bolstered the line-up even further by booking Manic Street Preachers, Rag ‘n’ Bone Man, Miles Kane, Lewis Capaldi and Happy Mondays among so many others to play over the weekend. 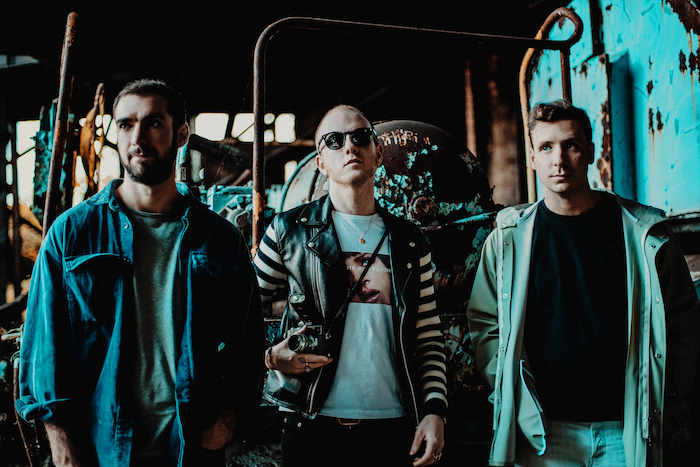 The headline acts look set to offer up enough variety to keep everyone pleased throughout the three-day event. Courteeners have built a huge, loyal following with their crowd-pleasing performances, Two Door Cinema Club have more than enough summer anthems to last the entire weekend and Nile Rodgers and Chic are sure to get the entire audience dancing and partying on, long into the night.

Past the choice of headliners, Tramlines have picked a mixture of legendary acts and the best upcoming performers from the UK right now. Welsh rockers Manic Street Preachers are sure to be a highlight for many, their back-catalogue of songs is so vast and the album they put out last year was phenomenal. On the other hand, the festival has booked acts such as Lewis Capaldi, who is one of the most highly anticipated British performers making music today. He and a flurry of others promise to make the weekend one to remember. 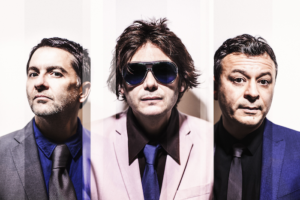 Now, the festival has taken it a step further, by making its latest update to the list of performers. Legendary Smiths’ guitarist Johnny Marr will play what promises to be a mind-blowing set, hopefully filled with his solo material, as well as some Smiths classics. Other newly announced acts include Tom Grennan, Annie Mac, who will play a DJ set, Drenge and The Futureheads.

Tramlines has a history of showcasing British talent at it’s yearly festival. This year
is no different in that sense and it’s great to see so many acts from around the UK gathered up to play a huge event like this. Local attendees will be more than pleased to see that once again Reverend and The Makers are taking to the main stage to play a set; they’re always a crowd pleaser at the event. 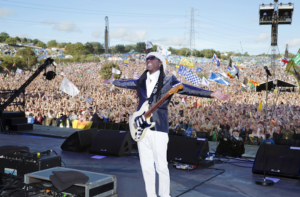 With a crowd that’s ready to be pleased, the fantastic line-up of massive acts, and a bit of luck with the English weather, Tramlines Festival could just turn out to be one of the best events of the year.

All words by Jared Musson, find him on Twitter and see more of his work here.
All photos provided by Tramlines Festival.

The Sharpeez: Wild One – album review

The G-O-D announced as one of the supports for The Stone...

May 31, 2019
We use cookies to ensure that we give you the best experience on our website. If you continue to use this site we will assume that you are happy with it.Ok