Home Blogs Trainspotting : review of the Irvine Welsh classic done as a play 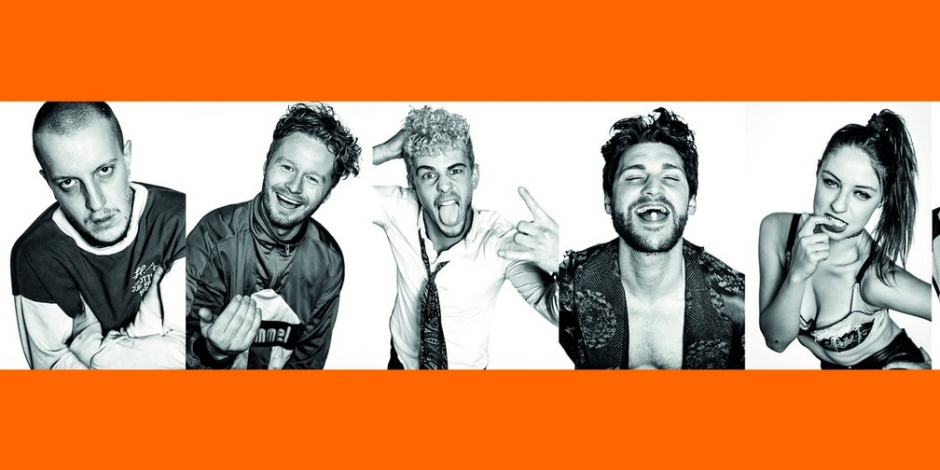 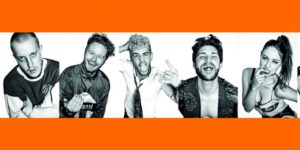 Trainspotting performed by  In Your face Theatre Company

As locations for the play of Trainspotting go, it probably doesn’t get more apt than a warehouse under the railway arches in Digbeth…  On entry you get a glow stick, and are treated to some banging 90s dance music.  In the performance space, the cast are dancing, gurning, and giving me, for one, major flashbacks.  It was never going to be an ‘easy’ watch, the audience are incredibly close to the action, and at points become involved, whether they entirely want to or not.  The cast walk through us, talk at us, hide behind us and chuck clothes in our direction…  You’re told it’s an ‘immersive’ performance and some were happy to join in but some looked (probably correctly) horrified as Begbie (Chris Dennis) approached them, or Renton (Gavin Ross) asked them a direct, usually aggressive question.  My friend and I got away lightly – our seats were out of their paths – and our involvement was limited to dodging flying sheets and clothes.

The play’s just over an hour, so it’s obviously truncated compared to the film.  Tommy and Spud become one (Greg Esplin), and Sickboy’s more peripheral than you would maybe expect.  The story’s told through short scenes, with one or more of the characters narrating as they participate.  In less skilled hands this would be confusing, but here it’s incredibly effective and means you can keep up with the crazy hectic pace.  Trainspotting is an ensemble piece and those actors who play many many roles are particularly impressive.  It’s a story of chaotic lives told in a chaotic fashion, and that seems absolutely perfect.  Music is used throughout, there’s a rave at the start, Comfortably Numb for an overdose and Born Slippy (obviously) at the conclusion.  This was opening night in Birmingham and they’d only moved venue a day or so beforehand, so the level of panache in this performance was even more impressive.

Rather than a narrative arc the shorter set pieces show us snatches of the familiar lives of Renton and co., he still wakes up in shitty sheets and visits the worst toilet in the world, Sickboy still shows his softer side after tragedy, Tommy starts off as the good looking hero and Begbie’s even more of a violent sociopath than you may remember.  For me the details made the play as much as the big moments.  The fact that people are wearing dusty Adidas, the laddered tights, the pure fear of Begbie coming near you.  In your Face Theatre’s production is a bleak, hectic, loud, messy, filthy reminder of the messy lives more people than we’d like to remember had at that time.  I was a teenager in the 90s and the (20 year old?!) film of Trainspotting is part of my cultural makeup, but this play isn’t a tribute or a rehash, it’s a brilliant new interpretation of Irvine Welsh’s words.  It’s lean, no word glance, or burst of music is wasted.  It’s by turns hilarious, disgusting and harrowing, and I thoroughly recommend it.