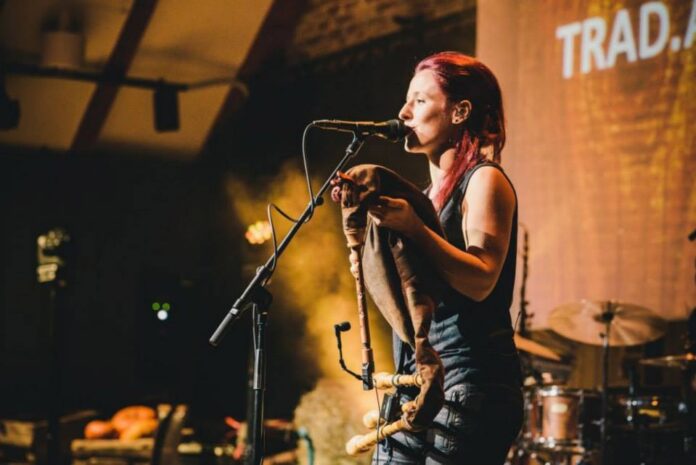 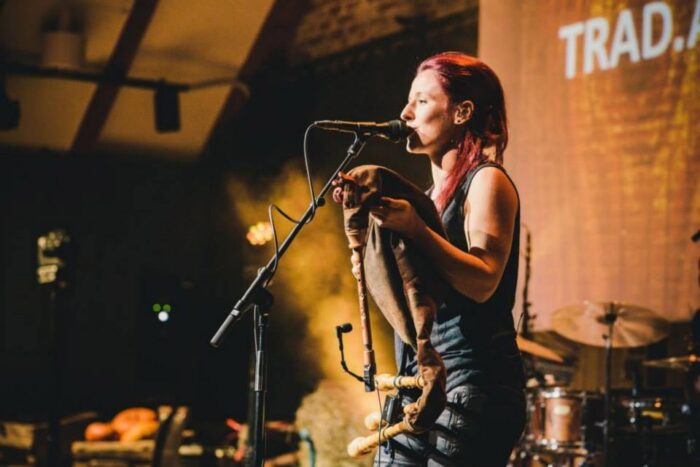 It sounds weird and it is weird but somehow the three piece turn it into something that melts a dancehall in the way that Gorgol Bordello took gypsy folk and made it all cuddly and modern. Only Trad Attack are better and freakier and genius.

Eclectic is an overused word- usually thrown around for an indie band who have a brass section. Estonia’s Trad Attack truly define the meaning of the word though with an astonishing set of music that combines a full throttle folk with dub and a weird and wonderful collection of folk instruments from drone bagpipes to flutes to a jaws harp. They have distorted vocals, loops and a sound engineer who knows how to carve the music up into fascinating shapes.

Trad Attack create a thrilling and original atmosphere and bend music into all kinds of spaces- some of their songs start with crackling field recordings of ancient Estonian folk songs sung by long dead and ancient people and they build their own sound and songs around them. This is so effective that you wonder why no/one has done it before but your glad that they have done it because their warmth and integrity allows the old songs to breathe.

They are danceable and with no borders this is a music of invention and genre breaking openness that is a true music.

Songs that sound like ancient reels sound clash with studio one delays, dub attack and bagpipes. Neo hip hop raps are distorted and sent flying around the room, weird growling vocals from main vocalist – the uber cool …. Who also plays a different instrument on each song and explosive drumming, gypsy dances and lyrics steeped in the ancient moonlight of flickering Estonian moonshine.

There is never a dull moment with Trad Attack.