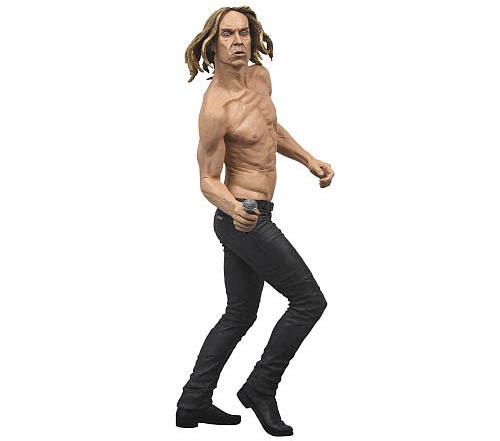 ‘Gimme danger little stranger’ he once sang and there was a time when rock n roll had that feline danger.

Now as the years roll by it’s become a toy.

I guess there was a always a cartoon element to rock n roll and the IG cannot be blamed for somehow becoming a part of mainstream culture despite never having had a proper hit record. Here he is the ultimate rock n roll frontman commemorated in that very modern way.