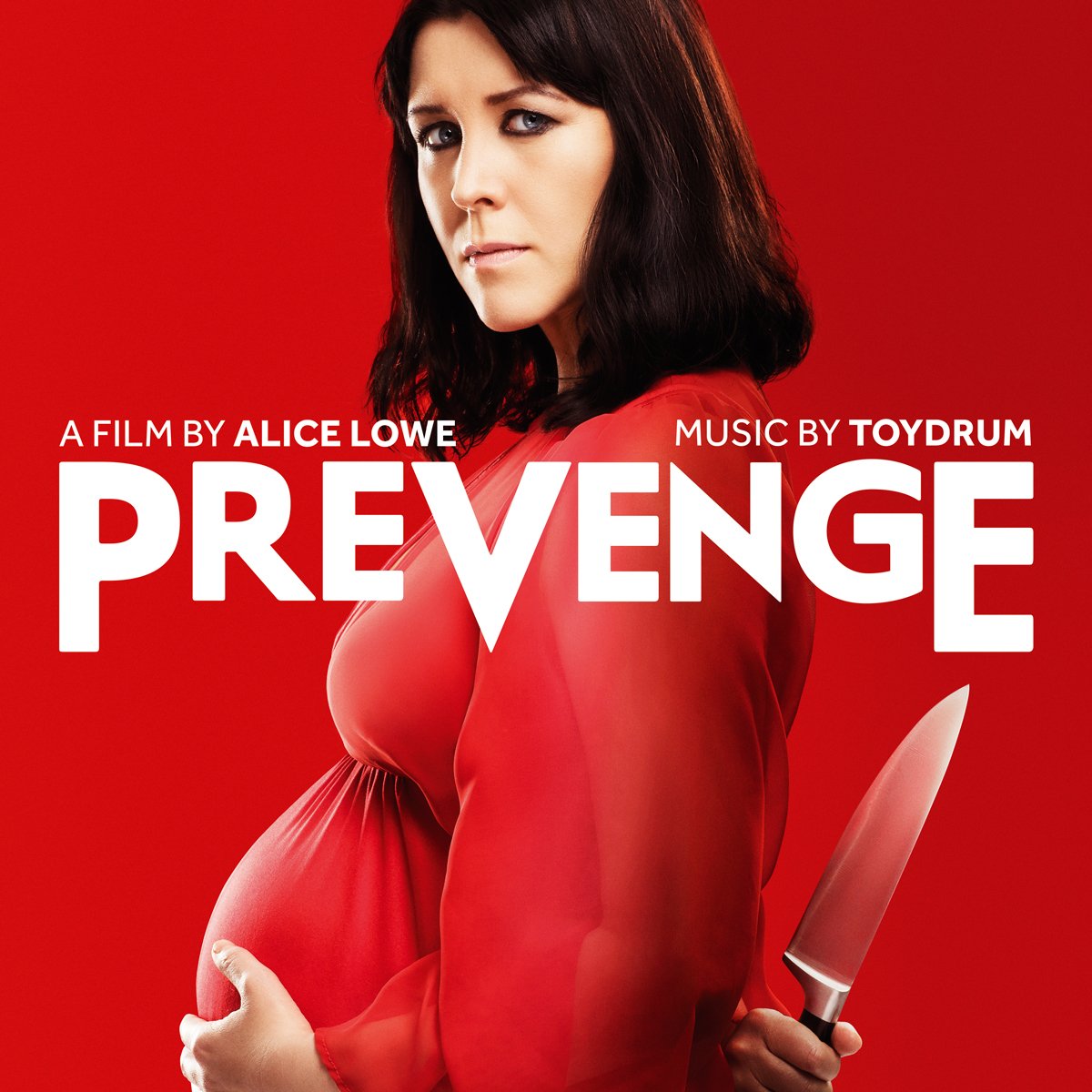 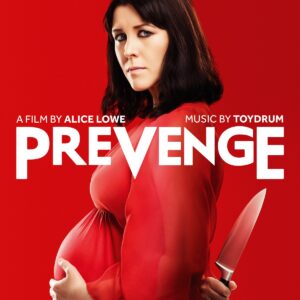 DL available now, Physical to be released 5 May 2017

Toydrum supply the score to the twisted comedy that is Prevenge written and directed by Alice Lowe. Simon Tucker reviews.

Toydrum are acclaimed duo Pablo Clements and James Griffith. Formerly members of UNKLE, the duo have been creating some of the most exciting film and TV scores for over six years now including This Is England ’90, London Fields and Detour. Now they bring us the score to Alice Lowe’s wonderfully macabre directorial debut Prevenge. Prevenge is the tale of a woman who goes on a murderous revenge spree apparently being told to do so by her unborn foetus and if that sounds right up your street then the score will also excite you as it as intense, humorous and enthralling as the film itself.

As the Intro cue kick starts the album, we are lulled into a false sense of security. It is dreamy and crystalline, almost heavenly. This is a tease, a gentle nudge because as soon as it fades out and the vocal sample from the film reassures us (though you’re not convinced by the voices gentle persuasion) we are sent pummeling into Biological Clockwork (The Train). Like the title suggests, the cue shifts at a rapid pace, motorik, industrial with a brief moment of respite where strings are heard under the static.

From here on in the score swings wildly from oppression to exaltation, always shifting the sand from under the feet. It is on the more disturbing cues where Toydrum’s magic really shines whether that be on the unsettling This Is What I Really Look Like (Rework) and Biological Clock (The Walk) or the relentless Fury Pt1 & Pt2 (Rework). The latter is an industrial sleaze disco cue that drives and drives, a cellar-dwelling monster that hypnotizes you until you are locked under its spell. It’s the finest cut on an album full of them.

Other highlights on the album include the Coil-like Climbing Up The Walls Pt 2 / Baby Knows Best (The Tunnel) and Always With You which genuinely sounds like White Album era Beatles but with extra grit in the cogs. Pretty but insidious. Psychedelia music for when things start to take a left turn.

With this Prevenge Toydrum have created a score that is a warped sense of reality. The scattering of dialogue (presumably the aforementioned foetus) gives each cue a framework and sets the scene. A wonderful listen and one which will feature on many people’s end of year lists this coming December.

Check out the preview here: