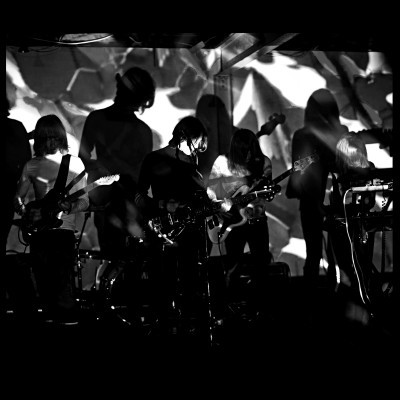 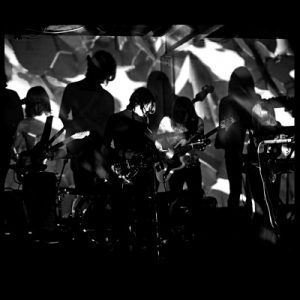 First things first: early suspicions that Toy could be some kind of mere Horrors tribute act are completely wide of the mark. True, they share certain passions and sonic twitches with their similarly pop-obsessed friends, but whereas Faris and co built their now widely-admired psychedelic wash on a love of ’60s garage, Toy evoke everything from Joy Division (clues: singer Tom Dougall’s stark guitar strokes; bassist Panda choosing to play a fragment of Isolation during the soundcheck), to late Eighties wigout merchants The House Of Love.

With their 1969/Rolling Stoned aesthetic they look brilliant in full flow, Tom Dougall and fellow guitarist Dom O’Dair shrouded in dry ice as they lock into a series of thrillingly intertwined and invariably elongated grooves. Debut single Left Myself Behind captures this exhilarating sense of release perfectly as, driven by Charlie Salvidge’s looping drums, the song builds to a crashing peak, keyboard player Alejandra adding definitive texture to a wall of sound that echoes – unselfconsciously – both the melody and mournful euphoria of Love Will Tear Us Apart.

There’s also subtlety in Panda’s soft, almost subliminal backing vocals, sung from behind a curtain of hair, along with a secret weapon in the form of the band’s majestic Korg Delta synth, played by Alejandra, her vintage instrument bringing a Seventies snarl to the band’s already beefy brew.

Tom is effortlessly cool with a shy charisma that – combined with his fragile but absorbing vocals – brings to mind The House Of Love’s Guy Chadwick at the height of his own band’s brush with fame. There are remarkably well-formed songs here too. In fact, at times you find yourself mentally assembling the band’s debut album as their frequently dazzling reportoire is unleashed.

And yet there is also a slight suspicion that Toy enjoy those drawn-out guitar jams too much, perhaps even – sometimes – to the detriment of the tunes. At times you feel that when a song starts they’re killing time, waiting for the moment a few minutes in where they can again crank up the guitars, lower their heads and lose themselves in shimmering, multi-layered riffage.

But it’s a minor criticism, because as you immerse yourself in this magnificent noise, the band’s energy and unforced charm brushes any reservations aside and leaves you yelling and clapping like you’re sixteen again.

Amazingly loud, hairy and beautiful: Toy will fill your heart with joy.