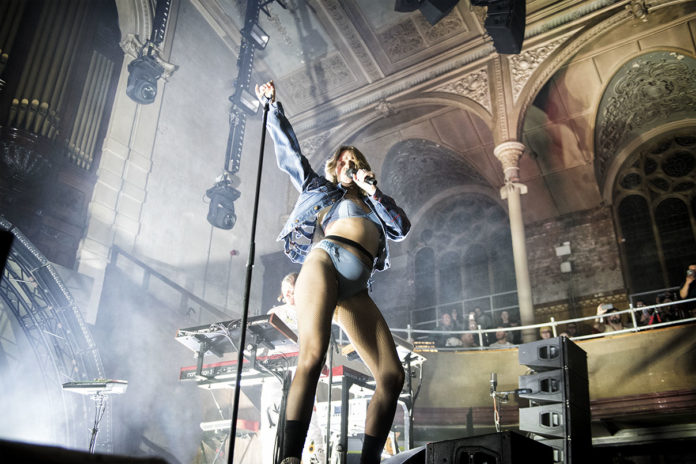 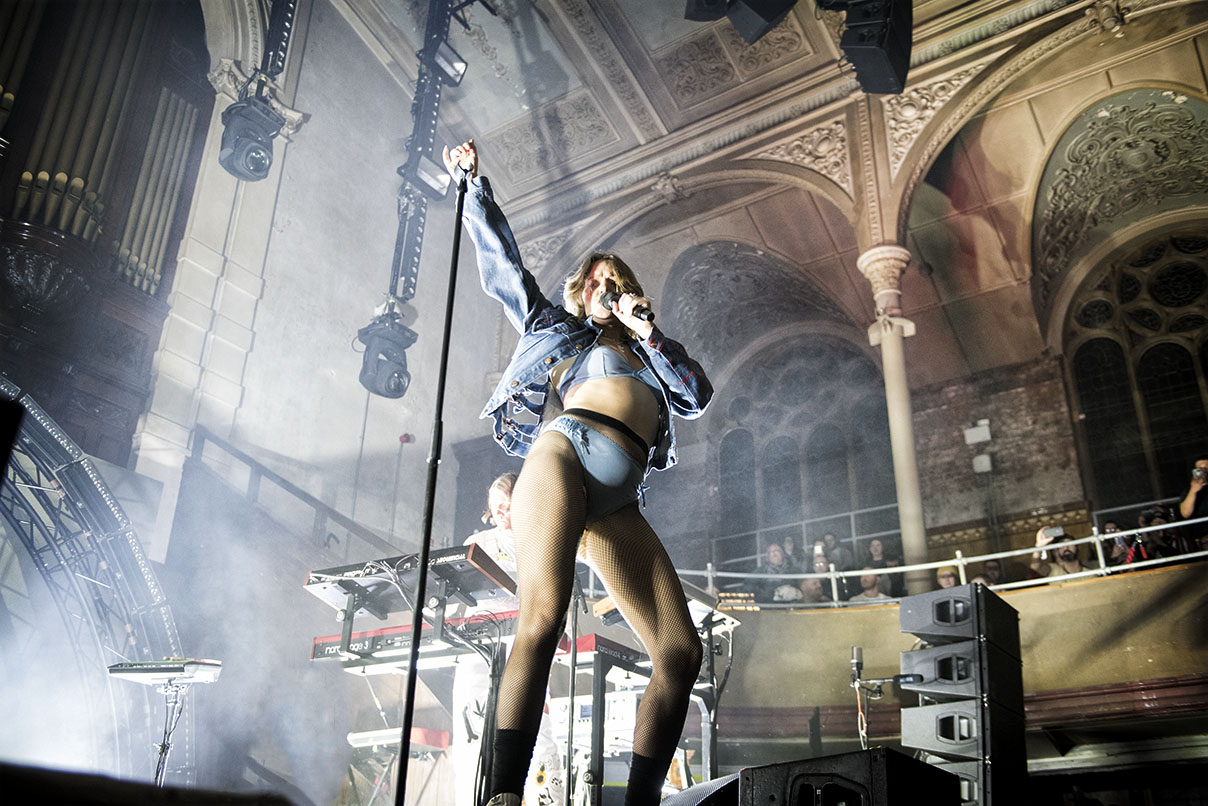 Imagine a massive house party where the singer bounces around in a blue bikini and ripped tights belting out dance numbers…that’s a Tove Lo gig.

But first up was rising British pop wannabe Millie Turner who really made the most of what can be an unforgiving slot at these sort of gigs. The Hackney based teenager’s sunny personality and bright songs won over the crowd, especially Swimming Pool that she says is all about freedom, and Jungle which is what Kate Tempest would sound like if she did pop.

There’s no reason Turner based on this very strong set won’t be headlining venues this size within a couple of years. 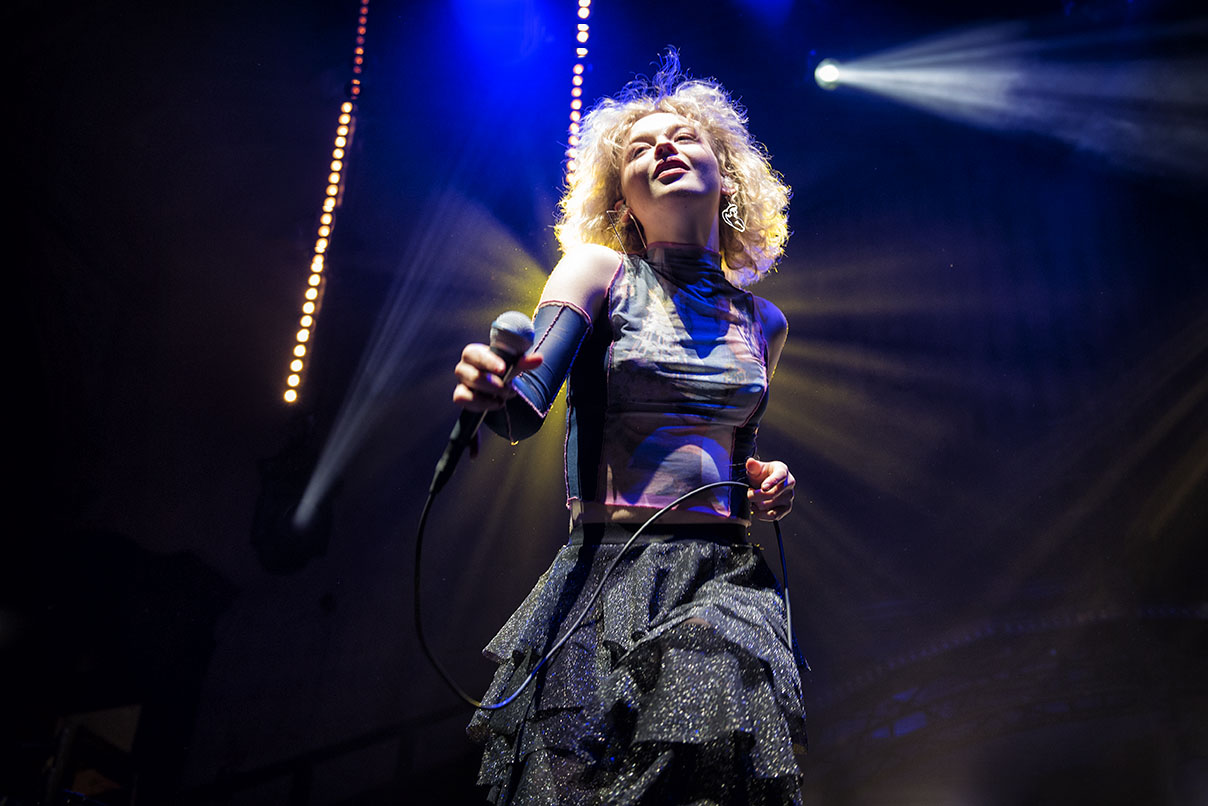 Tove Lo is a strange mix of grungy attitude and brutally honest lyrics, but set to a pop beat that somehow works. She is an utterly uninhibited performer roaming the stage grinding and even twerking with her backing dancers.  And her die-hard fans in this old chapel worship Lo as one of their own as she promotes her fourth studio album, Sunshine Kitty, transporting everyone away from the miserable Manchester weather.

I’ve seen lots of female pop performers recently, and Lo is by far the best as she genuinely doesn’t give a toss about image, and is happy to just be herself. Her other weapon is a strong voice belting out bangers like Bad as the Boys, which really gets a lengthy set going. 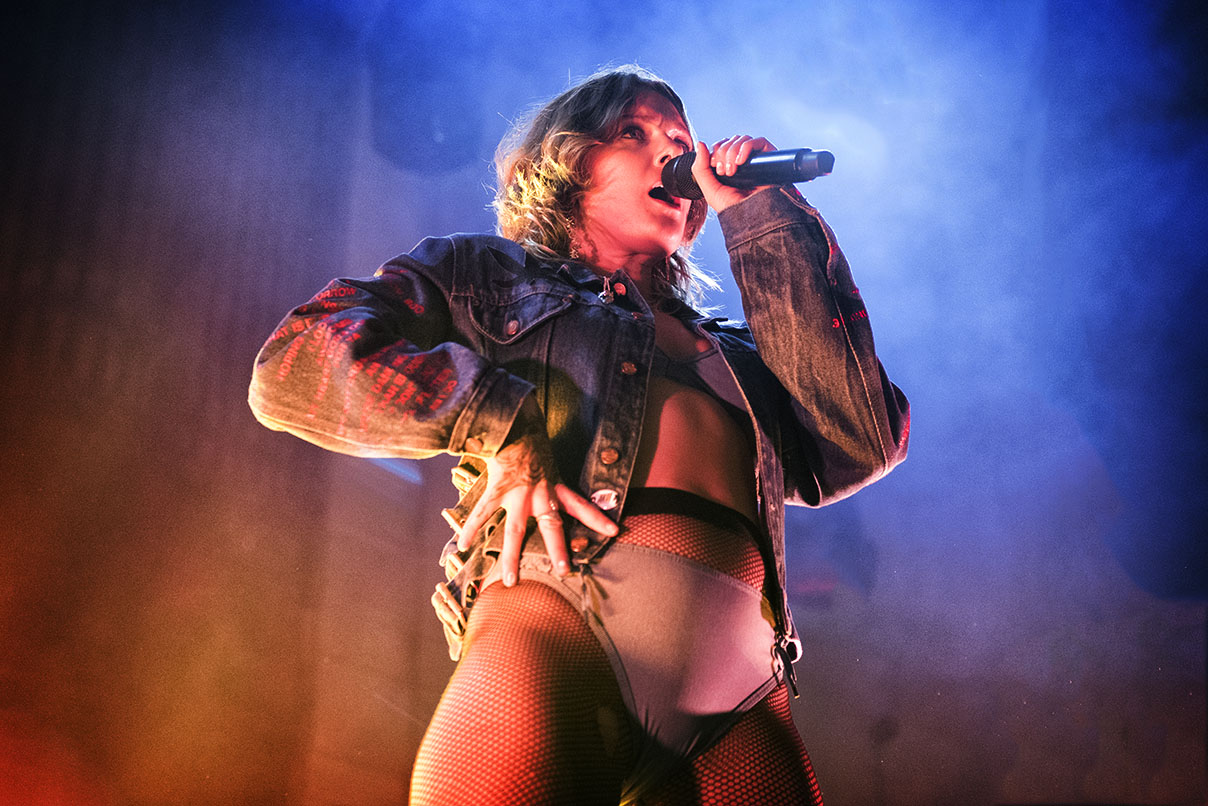 Her trademark is those raw words based on her own life experiences like Cool Girls, which is another upbeat number, before slowing things down on Shifted. It’s a short pause for breath as Lo announces it’s time for the dance section with the crowd well up for Are U Gonna Tell Her? A couple of backing dancers appeared, but to be honest Lo has so much stage presence that they weren’t really needed as you just can’t take your eyes off her.

There is a real sense of this being a party, and as is now traditional Lo flashed her breasts during a raunchy Talking Body, much to the delight of everyone around me who were screaming the words at each other. It might sound a bit much, but actually, it fitted right in with the earthy tone of the show – plus it’s her show and her body. 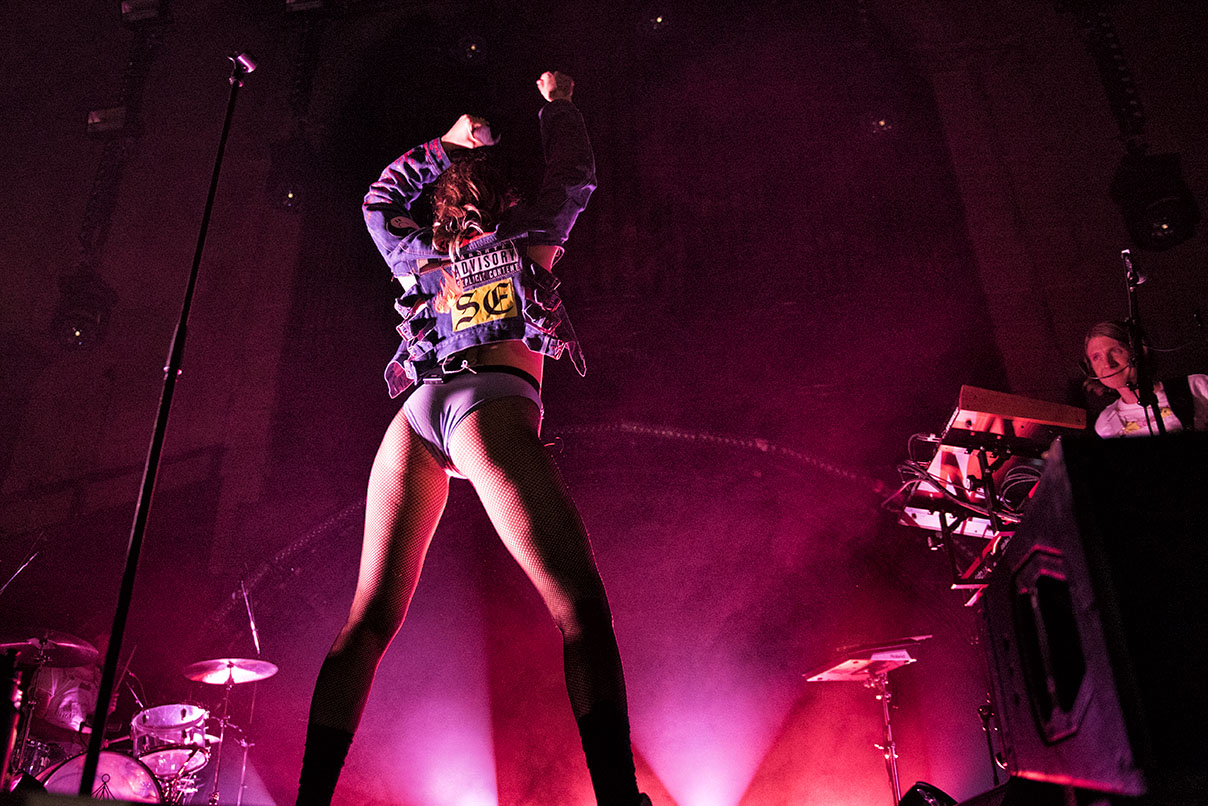 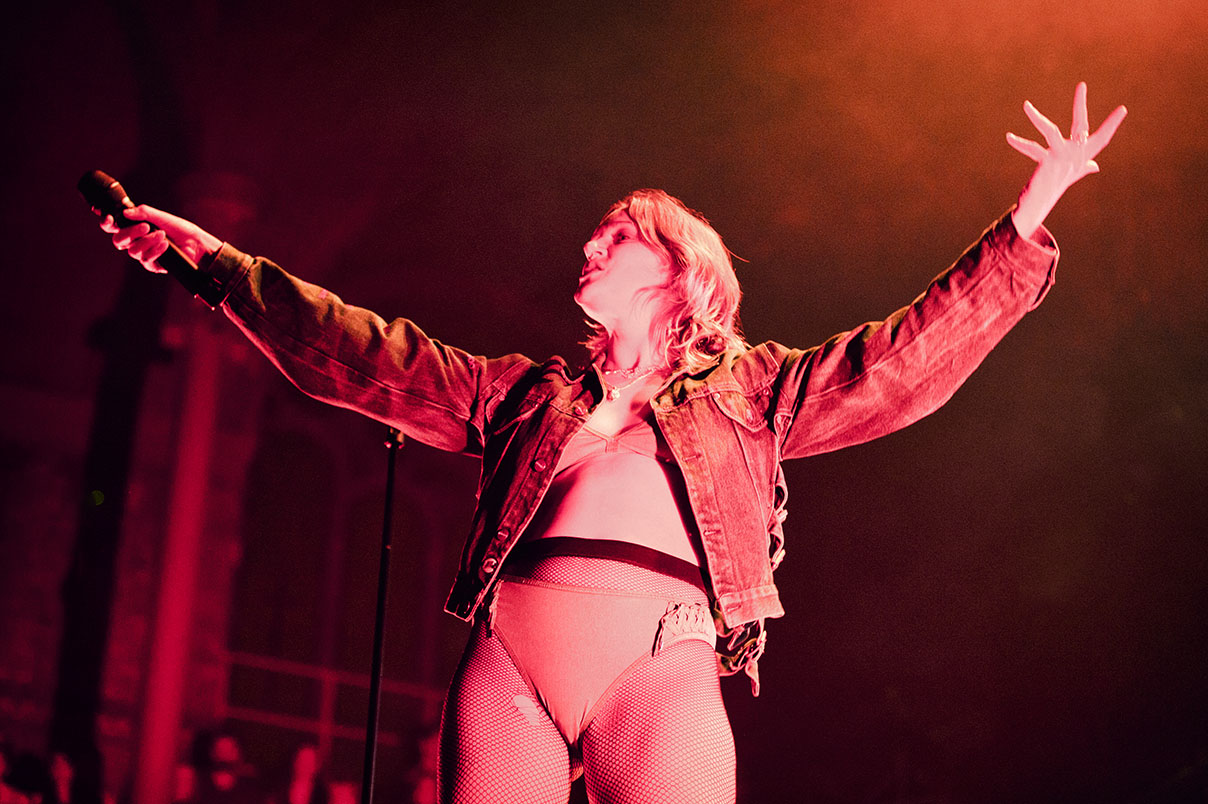 The angry Really Don’t Like U is another big tune before her well drilled band leave the stage, and a keyboard was brought on for a heartfelt solo version of Moments. As she looked over the crowd she was clearly moved by their support noting: ‘Songs in your bedroom lead to this. Being bisexual leads to this.’

Music snobs can sneer at pop acts all they want, but when they are as charismatic as Tove Lo who tirelessly works a crowd who clearly love her honesty then it is as good a live experience as you can get.