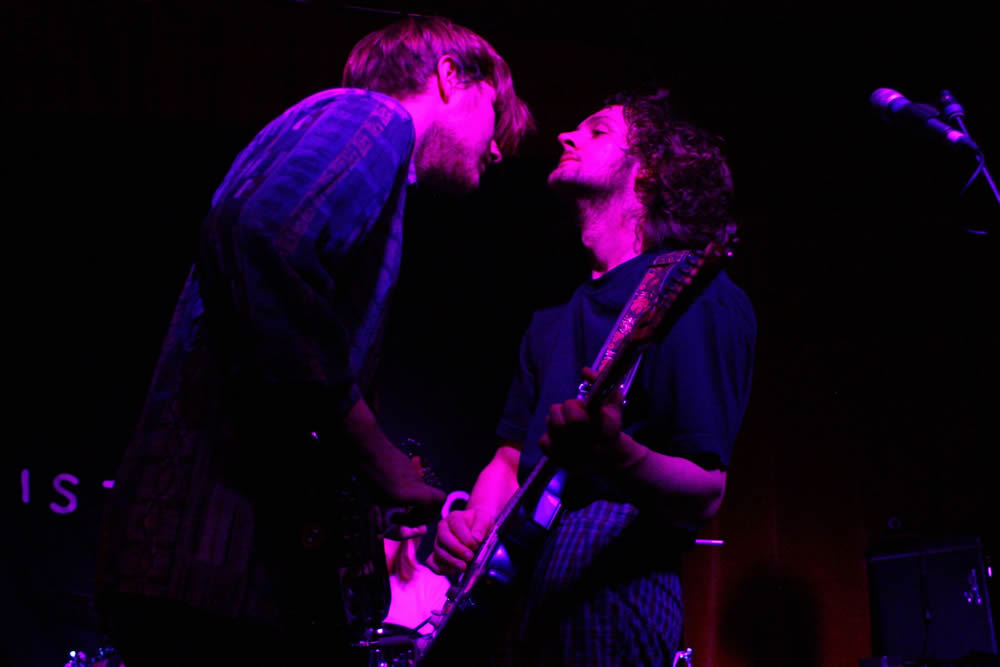 Manchester’s Tourist Attractions held a launch party for their new single A Million Miles Away at Gullivers NQ in Manchester last night. Nigel Carr reports back on the event for Louder Than War.

Gullivers sits at the top of Oldham St opposite the historic Castle hotel. Downstairs a busy Irish pub with an eclectic mix of indie kids and after-workers getting a few drinks in before heading back home after a long day. Upstairs a busy music venue with bands playing most weekends. It’s a long room with stage at the end that holds about a hundred.

Tourist Attractions are celebrating the release of their new single A Million Miles Away and eveyone’s on a bit of a high. There’s a great atmosphere at the venue, the crowd revved up by the preceding bands Cavana, Savage Goth and Holy Matrimony.

Hailing from Manchester and Southport, Holy Matrimony are amazingly good. Lead singer and keyboardist Roger Damen has a deep, rich voice sitting somewhere between Dave Gahan and Midge Ure, giving this synthpop band a mid era Depeche Mode/Ultravox vibe. It’s a refreshing swell of sound with punchy melodies enhanched by swirling syths, pounding basslines and the sweetest of guitar riffs. The only thing missing I guess is a real drummer – but that didn’t matter tonight. The band were truly entertaining, the lead man in flourescent skeleton outfit flailing his arms around and at one point jumping in to the crowd to get everyone dancing.

Standout track was the epic soundscape: Sequence of Secrets. You’d swear you’d heard it before with its intricate structures and soaring chorus. Someone needs to grab this band quick and sign them up as they have all the hallmarks of a future mega pop act. Looking at how Chvrches have become so huge in such a short space of time I’d be taking a long look at these three talented individuals. 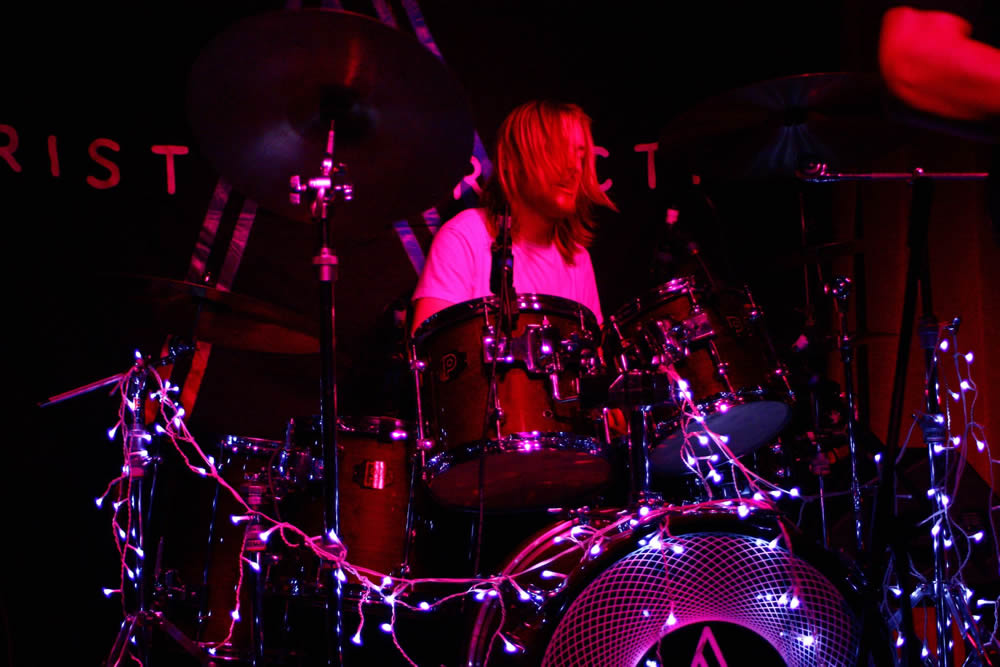 Then it was time for Accrington’s Tourist Attractions, the headliners for the night. Dan, lead singer and guitarist told me that a couple of the guys in the band were studying in Manchester which seems to be a bit of a common theme recently; with little happening on the local music scene they’d decamped over to what’s becoming a bit of a powerhouse for new bands.

From the opener Silhouette the band is fast, loud and frenetic. The set speeding along at breakneck pace like an out of control runaway train with Dan’s vocal driving over the top, flipping from deep Nick Cave’like intonation to falsetto in a nanosecond. At times he finds it hard to keep up, spluttering out the words and screaming in to the mic, hair flailing.

Blazing Sun slows the pace slightly before taking off again and I get the feeling that the band are having such a good time they are careering through the set just a little too quickly! Special mention must be made though of Connor Synott whose bass playing is simply outstanding, driving the band forward. 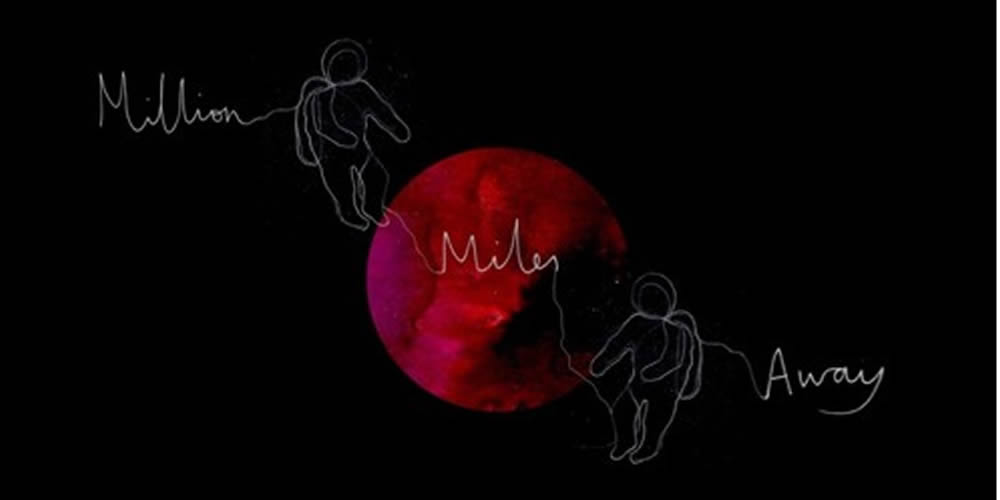 They debut their new single A Million Miles Away which is where it started for me. Dan sent me a cut of the track on Facebook and I was immediately impressed. I told him on the night that it sounded a little like The Teardrop Explodes and Julian Cope, “Never heard of either of them to be honest” he fired back, which put me in my place! But it does go to show that you can write a great piece of music that sounds like some band or other that you really haven’t ever heard of and it’s just pure coincidence.

The track doesn’t disappoint, opening with a twang/surf guitar overlaid with the repeated vocal ‘Why, Why, Why?’ before taking off, which for me at least is a ‘Reward’ style rollercoaster. It’s a cracking track and a fitting centrepiece for the band’s set tonight, right down to the mini toms and punishing bass lines that punctuate the ryhthm.

They close with the familar Manc anthem Blue Monday delivered at similar breakneck pace. A fitting end to a cracking night of music for the band and their support acts.

Tourist Attractions arranged the whole night which is no mean feat on Manchester’s busy music scene, but a proper pointer that DIY is very much alive and well. It shows just what you can acheive with a bit of thought and planning – selling out Gullivers and creating a night of pure entertainment.