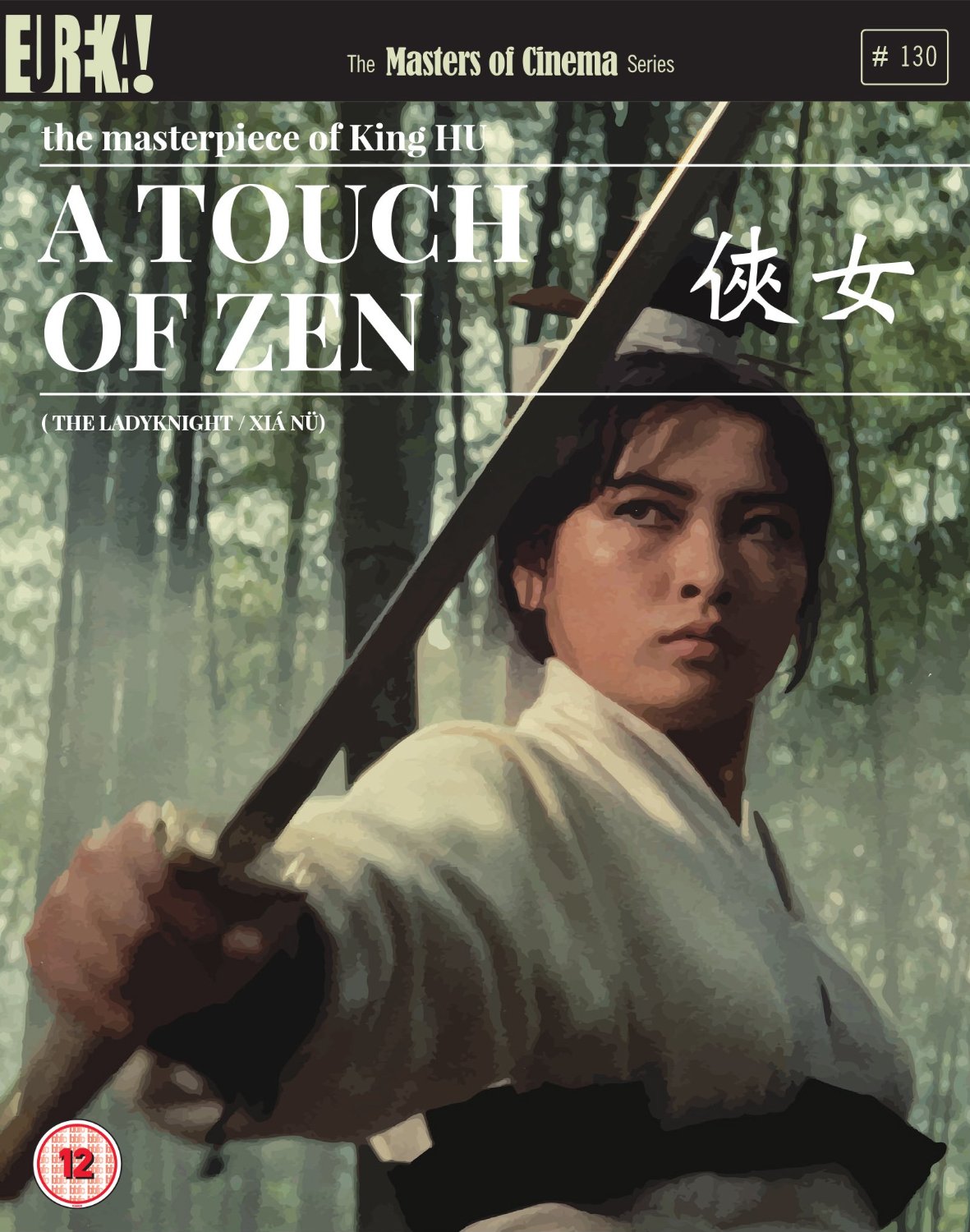 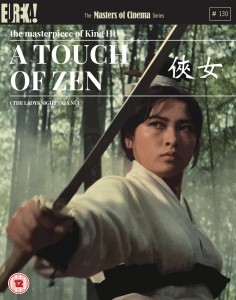 Jamie Havlin reviews a film regarded by many as the greatest martial arts epic of all time.

Filming on A Touch of Zen started in Taipei in 1967 although the shoot was not finally completed until a few more years later and the original Taiwanese release came out in two instalments rather like Kill Bill Volumes 1 and 2 – and, of course, Quentin Tarantino is a massive King Hu fan, indeed at one point he being touted to direct a remake of his earlier classic Come Drink With Me.

Tarantino isn’t the only high profile fan of Hu’s cinema. Ang Lee is another, paying hommage in Crouching Tiger, Hidden Dragon and if you happened to watch A Touch of Zen back to back with Zhang Yimou’s House of Flying Daggers, I’m sure you would be struck by the similarities, particularly the battles in both that take place in bamboo forests.

There are many Hu trademarks on display here: the kickass female fighter (Hsu Feng), warriors defying almost impossible odds during ferocious fight scenes, revenge being sought and devious and corrupt Eunuchs in high positions of power.

Unlike most of his movies, though, here Hu’s screenplay incorporates a spiritual dimension with Buddhist philosophy coming to the fore as the story progresses albeit if you just enjoy watching men and women fighting to the death with swords then you’ll still be entertained.

That said, this is a less violent film than, for example, Dragon Inn. The main male lead character Gu Shengzhai played by Shih Jun (who was a fearsome warrior in Dragon Inn) is a diffident man, a minor though talented artist who lives with his mother across from a large, abandoned house that is reputedly haunted.

Fugitive Yang Huizhen (Hsu Feng) uses the house to hide in along with her own mother, as both fear for their lives after the wrongful assassination of Yang’s father by Grand Eunuch Wei, head of the East Chamber Guards.

One morning Gu is commissioned by a mysterious stranger, Ouyang Nin (Tin Peng), to paint his portrait. Ouyang, though, is more interested in tracking down Miss Yang than Gu’s artistic efforts and soon that pair will be crossing swords while a very uneasy Gu watches on – I have no idea about Hu’s awareness of the burgeoning feminist movement of the time but his world is certainly one where females are the equal of men in regards at least to their swordplay prowess.

Although the first fifty or so minutes of the movie are violence free, once the action begins there is little respite from it and Hu’s combat choreography, inspired by many visits to Chinese opera, is highly inventive and a delight to watch.

Hu was also a big fan of traditional scrolling Chinese landscape art and his painterly eye is reflected in the composition of many shots throughout and the recent 4K restoration of the film makes the colours of the outdoors scenes during daytime look pristine and gorgeous.

So far we have been watching something that resembles Sergio Leone with swords but towards its climax, things get increasingly weird as though someone had slipped King Hu some particularly potent acid as he wondered how to finally finish his epic.

He begins employing psychedelic style colouring – a body floats through a tangerine sky for instance – and negative images and by the time the Buddhist Abbot Hui Yuan bleeds liquid gold, the plot has become pretty much impenetrable (well, to me anyway) and viewers might draw comparisons with Alejandro Jodorowsky’s slice of surreal psychedelia El Topo, that was made around the same time.

Like Kill Bill, you could accuse A Touch of Zen of being overly long, you might even compare the action sequences unfavourably with modern martial arts movies – technology has moved on and certain scenes do over-rely on hidden trampolines and rapidfire jump-cuts – but A Touch of Zen is still one of the absolutely best wuxia movies ever made and it became the first Chinese language film to win an award at Cannes (for technical excellence) as well as later being named one of greatest hundred best films of all time by TIME Magazine.

Not bad for a film that was initially a failure at the box office in Hong Kong and Taiwan.

This release is a limited edition three disc set. Extras include a documentary on the director King Hu, a new video essay by critic and filmmaker David Cairns and a 36 page booklet.

For more on the film visit the Eureka! Masters of Cinema webpage.